Can you get addicted to melatonin? 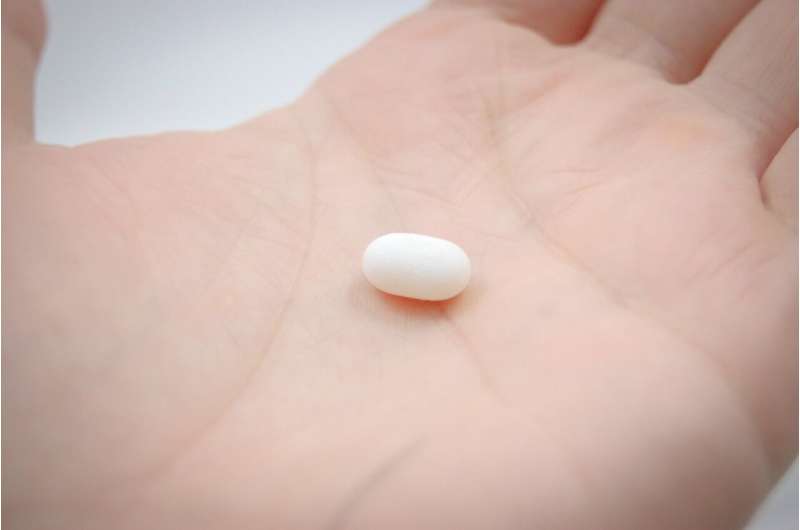 Can you be addicted to chocolate? What about Pilates or checking your email? Although many of us use the word “addiction” fairly casually, from a medical perspective it requires meeting very specific criteria, and melatonin doesn’t have the chemical makeup to induce addiction in most people.

“Addiction is a complicated term that involves several pathways leading to compulsive use despite harm, and this harm is generally life-altering [because it leads to problems] such as losing your job, home, or family,” says Dr. Lewis S. Nelson, director of the division of Medical Toxicology and Addiction Medicine at Rutgers New Jersey Medical School.

What’s more, melatonin does not cause serious withdrawal symptoms, and it does not typically prompt the user to seek out higher and higher doses because of a building tolerance; in other words, it lacks the hallmarks of physiological dependence. “Melatonin is not rewarding, meaning it does not cause the euphoria or pleasure associated with substances [known for] getting high, and therefore the drive to use compulsively is muted,” says Nelson.

Psychological dependence, on the other hand, “can occur with nearly anything … and leads to craving and anxiety when the desired interest in not available,” he explains. So someone who has become convinced that they need melatonin to sleep and gets anxious if they can’t access it might very well be psychologically dependent on it. “However, it is hard to call this an addiction since little harm occurs as a consequence.”

Melatonin vs. other sleep aids

Melatonin is a popular sleep supplement that’s sold over the counter (OTC) in the U.S., and while it’s true that many sleep medications are addictive in the strictest sense of the word, melatonin is not. The sleep meds that have the greatest potential for addiction are, by far, the benzodiazepines such as Valium, Xanax, and Restoril. They’re followed closely by the “z-drugs” like Ambien (zolpidem) and Sonata (zaleplon).

Most OTC sleep aids contain antihistamines such as diphenhydramine (found in Unisom SleepGels, among other products). As with melatonin, these may spur psychological dependence, but they’re not truly addictive.

Melatonin isn’t even really a drug; it’s a hormone that’s naturally produced in the pineal gland in the brain in response to darkness. Its job is to tell your brain that it’s time for sleep, which is why sleep experts often recommend it for people suffering from jet lag and those who work the night shift.

“Melatonin is a sleep manipulator, not a sleep initiator. It pushes your circadian rhythm in one direction or another,” says Michael Breus, a diplomate of the American Board of Sleep Medicine and author of Energize! In fact, he’s skeptical that most people who take melatonin for some help drifting off at night are overestimating its power. “I think melatonin for insomnia is more placebo than anything else,” he says.

Instead of melatonin, try this

Insomnia—meaning trouble falling asleep, staying asleep, or failing to get good quality sleep—is incredibly common. While an occasional bout is rarely serious, insomnia that happens three or more nights a week and persists for more than three months is worth bringing to the attention of your doctor. You might need a prescription sleep aid, but it’s best to first rule out any possible underlying disorders.

“There is nothing wrong with needing a pill to sleep, but in most cases—outside of medical and mental health situations—it’s completely unnecessary,” says Breus. A better, longer-lasting remedy is a type of talk therapy called CBT-I (cognitive behavioral therapy for insomnia).

During CBT-I, a specially trained provider works with you to identify and reframe thoughts and behaviors that are exacerbating your symptoms. Typically, six to eight sessions are all that’s required.