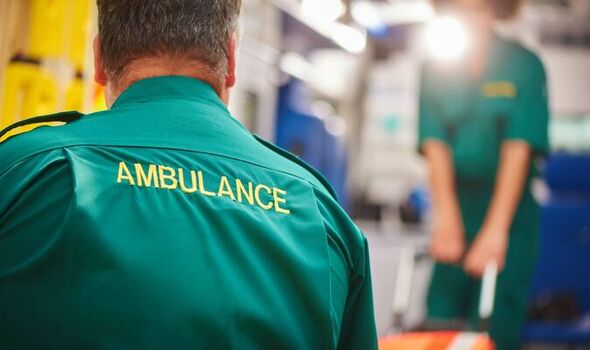 They took an average of almost 43min to attend to emergencies such as strokes, burns and epilepsy – an improvement of 59min but more than double the 18min standard.

Waiting lists for routine hospital treatment grew to a record 6.8 million people with 378,000 who had waited more than a year. Nuffield Trust chief executive Nigel Edwards said the NHS was “in critical condition”.

He said the crisis had been “years in the making” and analysis showed the elective waiting list would have hit five million this year even without Covid’s impact.

“The pandemic simply served to ramp up pressure on an already beleaguered health service, with staff shortages, a failure to tackle social care and inadequate investment putting the NHS on the back foot when Covid hit. The new Government is absolutely right to prioritise health and social care.”

“A relentless focus on the workforce, social care and hospital buildings are essential.”

Richard Murray, chief executive of The King’s Fund health charity, said: “Without urgent action we can expect ambulance delays to get even longer, and more and more people at risk of harm in overcrowded A&E departments as the rising cost of living and winter start to bite.”

Tim Gardner, senior policy fellow at the Health Foundation charity, said: “The biggest single factor holding back the NHS is workforce, with around 132,000 vacancies.

“The prescription is clear: the NHS needs a long-term workforce strategy, backed by sustained Government investment.”

“We also saw improvements in A&E performance and ambulance response times across all measures this month, despite responding to record numbers.”