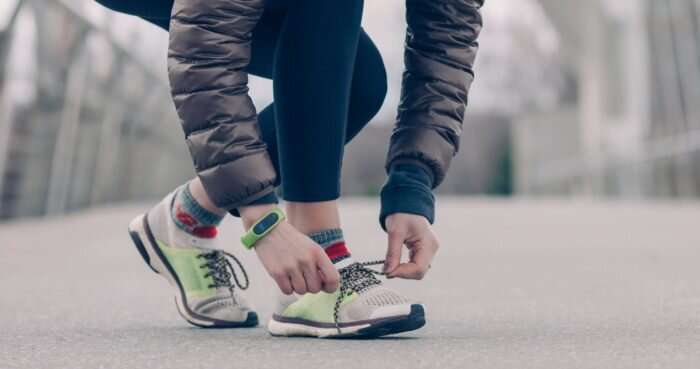 It can take just pennies a day to motivate people to exercise more, and they will step up their efforts even more when teamed with a buddy to collect joint rewards, a Western University study shows.

A combination of social connectedness and redeemable points not only gets people moving more but can lead to long-term change, according to data from more than 60,000 users of the fitness app Carrot Rewards.

Carrot users had already shown they would walk 600 extra steps a day for modest financial incentives. But when the app added a new feature that allowed them to partner up to receive an extra 40 cents worth of weekly points for the team, each user logged 1,100 more steps a day on average, the latest research shows.

“Even though it’s a very small reward, it does motivate people both to participate in the challenge and to achieve the challenge,” said researcher Emma Pearson, lead author of the study published in the International Journal of Behavioral Nutrition and Physical Activity. Having a partner who shares the same aims and rewards builds on that incentive, she said. “It’s feeling connected with someone, having someone to hold them accountable.”

Launched in 2016 and developed in partnership with the Public Health Agency of Canada, the Carrot Rewards app had a founding goal of supporting peer-reviewed research.

“More people are using wellness and activity apps, but there are very few rigorous analyses of the effectiveness of these digital platforms,” said Marc Mitchell, kinesiology professor and study co-author. “I think it’s important to design ones that actually work and have the methodology to show they work.”

The app awarded points that could be redeemed for discounts on movies, gasoline and other services to encourage users to meet activity goals. In 2018, it added “step together challenges” and Pearson and Mitchell analyzed how single users compared with paired users in activity levels across a 24-week span.

The paired participants’ earnings amounted to just $3.60 after 12 weeks, so their financial gain was minuscule. But the health benefit—an estimated 3,700 steps a week more than their solo counterparts—translated into about 40 minutes more walk time each week.

That should be a signal to other developers to build social and reward features into their apps, Pearson said.