Concussion sufferers may have trouble reading due to trauma that disrupts communication between the brain’s two halves, study finds

Athletes who suffer multiple concussions may have trouble reading because the impact can disrupt communication between the brain’s two halves, according to a new study.

Scientists have long known that mild brain injuries inflict damage on a wire of nerve fibers called the corpus callosum, which carries information between the left- and right-hand sides of the brain.

But until now it was unclear how it looks, and what it meant for sufferers.

Now, in a study of 36 patients with recent concussion and 27 without, neuroscientists at New York University have shown what concussion-inflicted corpus callosum damage looks like on an MRI, and that sufferers struggle with comprehending information quickly. 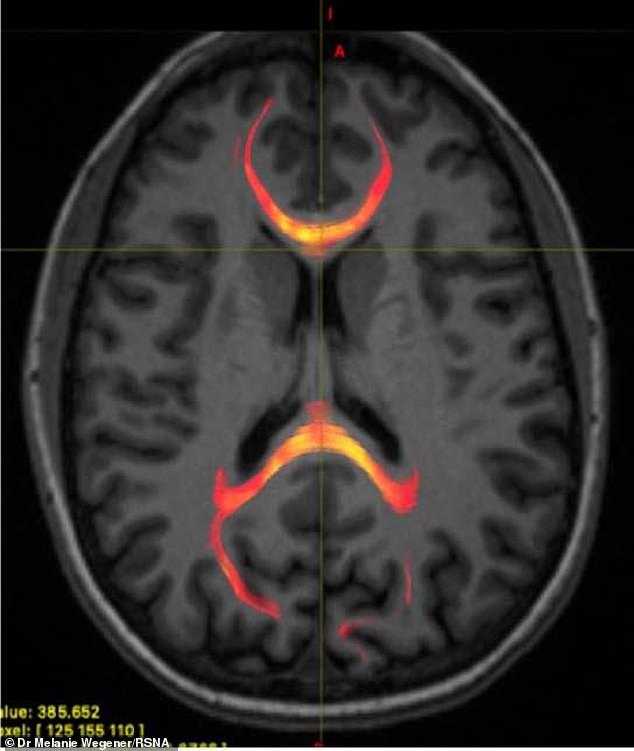 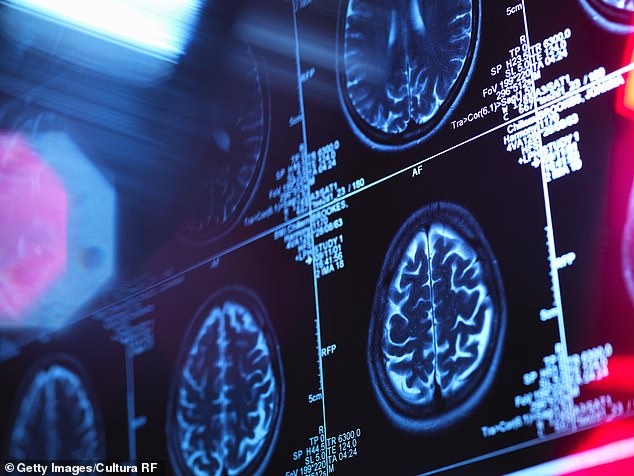 Scientists have long known that mild brain injuries inflict damage on a wire of nerve fibers called the corpus callosum, which carries information between the left- and right-hand sides of the brain (stock)

Experts say the findings could help sports doctors identify a new tell-tale sign of serious damage after players suffer concussions, and intervene earlier with specific exercise programs or even surgery.

The research, presented today at the annual meeting of the Radiological Society of North America (RSNA), is a small but crucial step towards better understanding the most common brain injuries.

It was a two-part study.

First, the researchers gathered 36 patients who had suffered a recent concussion, and 27 healthy controls, to study their brains with a specific MRI technique that can better analyze this micro injury to the brain’s white matter.

By measuring water molecules in the brain, and how they wear down nerve fibers, the scientists could build up a microscopic map of the brain’s white matter, which carries signals of communication.

Dr Melanie Wegener, co-author of the study and resident physician at NYU Langone Health in New York City, then led a second study to test how well the brain’s hemispheres are interacting.

Each participant was told to sit in a chair and focus on a screen displaying the letter ‘X’ directly in front of them.

Then, either side of the ‘X’ flashed a series of three-letter words, which they had to read aloud as quickly as possible as they appeared.

In all people, there was a slight delay when they saw words on the left side of the ‘X’ compared to the right side. The left side of the brain is home to our language function, but our right side to our visual function. It means, when we see a word on the left, it has to pass to the right then back to the left before we can say a response out loud. On the right, it only has to pass once.

But comparing the results of both studies, Dr Wegener’s team could see a clear link between damage to the corpus callosum and slow response times.

‘We saw a correlation between white matter microstructure injury and the clinical status of the patient,’ Dr Wegener said.

‘This information could ultimately help with treatment in patients who have mild traumatic brain injury.’

For example, people who have suffered a suspected concussion should immediately be dispatched for an MRI scan to look for tell-tale signs of this damage, and identify whether they require early intervention treatment.

‘Another thing we can do is use MRI to look at patients’ brains during treatment and monitor the microstructure to see if there is a treatment-related response,’ Dr Wegener said.