Boy, eight, has reconstructive surgery to turn his ankle into a KNEE

Boy, eight, born with a malformed leg now has a foot in place of his knee after reconstructive surgery and dreams of becoming a professional basketball player

A eight-year-old boy dreams of becoming a professional basketball player after undergoing life-changing surgery to turn his ankle into a knee.

Aiden Godoy, of Naples, Florida, was born with proximal femoral focal deficiency, which left him with a malformed right leg.

Despite doctors’ advice to amputate, the youngster’s parents opted for a rotationplasty, which involved turning his lower leg 180 degrees and positioning his foot where his knee used to be.

Aiden, who underwent the 14-hour surgery at just two years old, now wears a prosthetic and plays on his school’s basketball team. 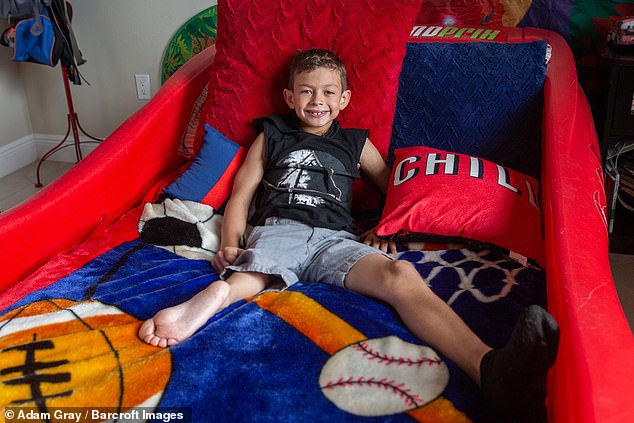 Aiden Godoy underwent a rotationplasty at just two years old after he was born with proximal femoral focal deficiency, which left him with a malformed right leg. The 14-hour surgery involved rotating his lower leg and foot 180 degrees, so his ankle acts as his knee joint 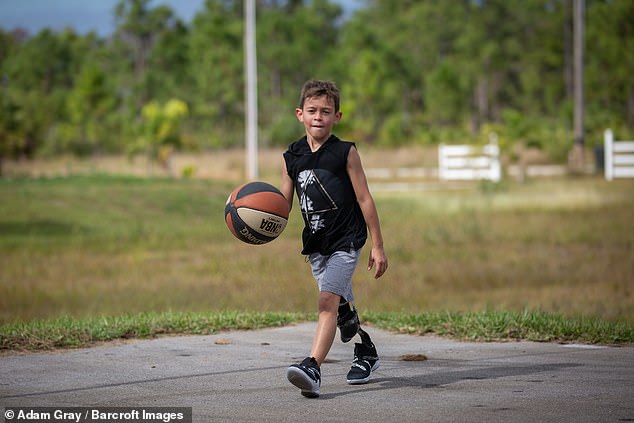 Aiden, who wears a prosthetic, refuses to let his condition hold him back. He dreams of being an NBA basketball player, is on the school team and practices at home every chance he gets 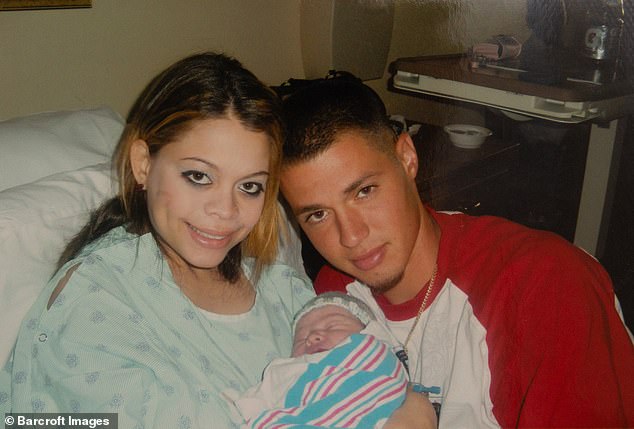 His parents Rosi Cires and WIlliam (pictured with Aiden after he was born) first discovered something was wrong around 34-to-35 weeks into the pregnancy. Doctors advised Aiden have his leg amputated but the pair decided rotationplasty was a better option for the youngster

Speaking of his operation, Aiden said: ‘My ankle is now my knee. I like my leg because I can be unique.

Aiden’s parents discovered something was wrong around 35 weeks into the pregnancy.

His mother Rosi Cires, 30, said: ‘Congenital femur deficiency is a birth defect and it’s when you have a difference in your femurs; it’s not genetic.

Proximal femoral femur deficiency occurs when the thigh bone closest to the hip is too short or underdeveloped. It typically causes sufferers to have an usually short thigh bone that is pulled up and turned out. The knee can also be unstable.

Going against doctors’ advice, Ms Cires and Aiden’s father William decided rotationplasty surgery was the better choice for their son.

Doctors first amputated the upper part of Aiden’s leg. They then rotated his foot and lower limb 180 degrees before fusing his actual knee to his hip. This is thought to have allowed him more movement than leaving his leg as it was.

The youngster then required intensive physiotherapy but quickly got the hang of his new limb. 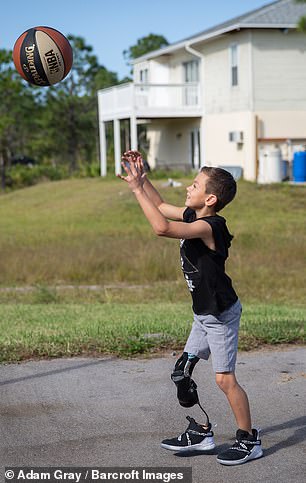 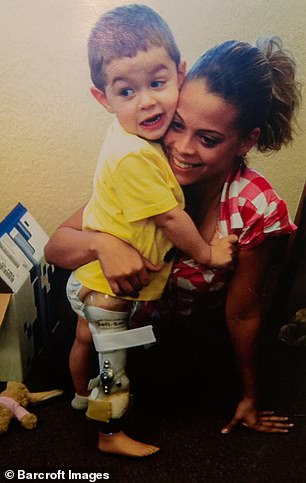 Aiden says playing basketball makes him feel ‘good because he beats his dad and cousins’. He is pictured right with his mother before he underwent the life-changing operation

WHAT IS A ROTATIONPLASTY?

Rotationplasty is a surgical procedure often offered to children with bone cancer around their knee joints.

The operation involves removing cancerous bone, as well as some healthy bone, to ensure a ‘clear margin’.

The lower leg is then rotated 180 degrees and reattached.

This gives the appearance of a short leg with a foot on backwards.

The foot and ankle then function as a knee joint, which allows the patient to wear more functional below-knee prosthetics.

Advantages include children being better able to perform sports and everyday activities.

Speaking of his son after the procedure, William said: ‘He was all swollen and had all these tubes connected to him and the machines attached.

‘It was tough until he finally started moving around. The doctor would tickle his foot that he just operated on and he would actually move his toes around.

‘And that’s when we knew that, that everything was good, it was just him healing.’

Aiden’s sister Grace Cires was just six at the time and remembers him being hooked up to all the machines.

Grace, now 12, said: ‘When I saw him at first I was kind of weirded out because I had never seen a boy, or actually any kid, with a backward leg but I just stayed silent because obviously he was in the hospital.’

Six years on from the operation, Aiden plays basketball every chance he gets, and also enjoys swimming and bowling.

‘When I play basketball I feel good because I could beat my dad and other people like my cousins,’ he said. ‘It’s easy to walk and do sports, except you get a lot of blisters.

‘Even with my rotationplastyI can run faster than most people.’

Aiden’s friend Gio Chao added: ‘His leg doesn’t really affect him in the ways for emotions or activities he does because he is very good at all of them, because he never gives up.’ 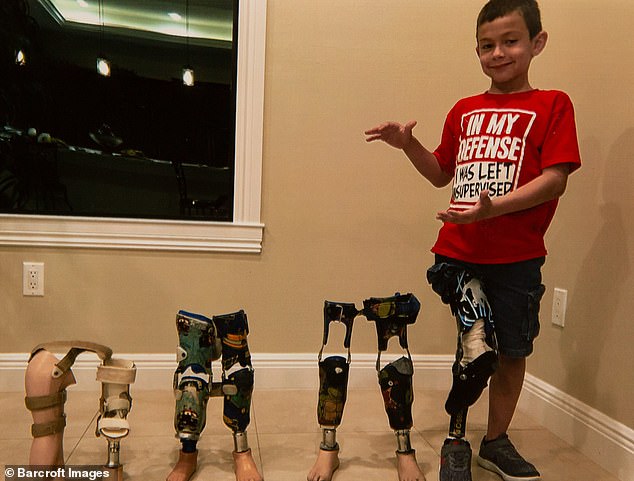 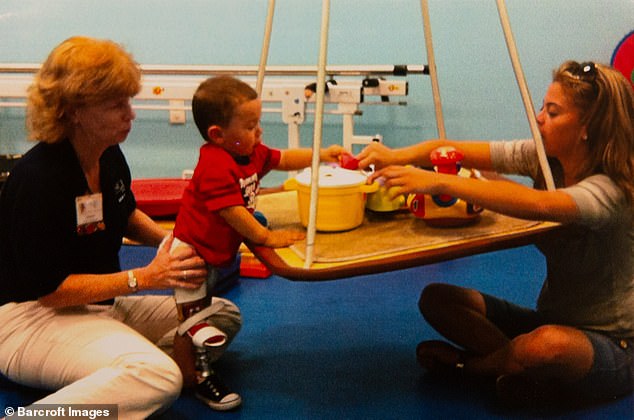