Boy, 16, almost loses a testicle after it TWISTS 260 degrees

Boy, 16, almost loses a testicle after it TWISTS 260 degrees and its blood supply is cut off

A teenage boy almost lost one of his testicles after it twisted 260 degrees – nearly three quarters of the way around.

The unnamed 16-year-old sought emergency medical help because of the pain and swelling of his right groin and testicle.

In a bizarre medical case report, doctors revealed they found it had twisted around and its blood supply had been cut off. 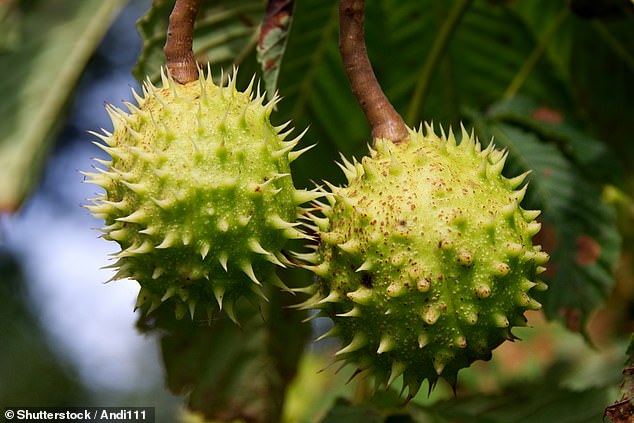 Testicular torsion strikes around six in every 100,000 children. The vast majority are unilateral – affecting only one testicle.

A team of surgeons at Dayton Children’s Hospital in Ohio tried to untwist the boy’s twisted testicle by making a small incision into his scrotum.

They were unable to untwist the testicle using their hands, according to the bizarre tale published in the BMJ Case Reports.

Writing in the journal, medics led by Dr Arturo Aranda said: ‘Early diagnosis can potentially be the difference between saving the testicle or its loss.

‘Ultrasound should be performed early so that manual reduction can be attempted prior to surgical intervention.

‘This provided immediate relief for the patient, and an intra-operative discovery of a 260 degree torsion, which is in a range correlative with testicular salvage.’

WHAT IS TESTICULAR TORSION?

Testicular torsion is a rare disorder that most frequently affects boys, often around puberty.

It usually needs to be treated as an emergency, with surgeons untwisting the testicle through a small cut in the skin of the scrotum.

It is often caused during physical activity, when the tissue surrounding the testicles has not yet become firmly attached to the scrotum. However, it can also occur while a man sleeps.

If the testicle twists around, it pulls with it the spermatic cord, a narrow bundle of fibres and tissues that runs from inside the abdomen to the testicle, supplying it with blood.

If this remains twisted, it blocks blood flow, causing the testicle to ‘die’ after around six hours. Then it would have to be removed.

Three months before his trip to the emergency room, he had been seen for a right inguinal hernia – where internal tissue protrudes through a weak spot in the abdominal wall.

Doctors said no blood supply had been cut off then – but revealed he postponed surgery to repair his hernia due to school commitments.

Suspecting his pain and swelling was a return of the hernia, they conducted an ultrasound which showed the blood supply to his testicles had decreased since his last visit.

The team said they decided to look at his testicular torsion first because had they delayed untwisting it until the morning he could have lost a testicle.

Writing in the journal, Dr Aranda said a hernia ‘could, through a compressive effect, cause testicular ischaemia (restriction in blood supply) due to decreased blood flow’.

Dr Aranda wrote: ‘Because of clinical suspicion and a testicular ultrasound, we knew that delay was not an option.’

Upon his visit to the emergency room, the boy told doctors how he felt nauseous because of a ‘severe, dull, aching and unremitting pain’.

Medics added that his testicle was ‘exquisitely painful’ to touch before the procedure to untwist it.

He was allowed home the day after surgery, Dr Aranda and colleagues wrote in the journal.

It comes after MailOnline reported in February on a baby born with ‘large and firm’ testicles who twisted both of them inside the womb.

Doctors warned it caused the unnamed boy irreversible damage, and he would never be able to have children of his own. It is unclear how they twisted.

The specialists, from a hospital in Devon, were so intrigued by this rare case, that they also published it in the BMJ Case Reports.