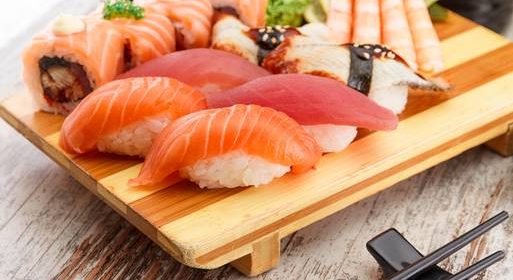 An audit of sushi production and processing facilities in Ireland has found 90pc of the businesses do not have adequate controls in place to safeguard human health.

The Food Safety Authority of Ireland, which carried out the audit, said it showed unacceptable level of non-compliance.

“Defrosting should only be undertaken in refrigerators to avoid bacteria multiplying at room temperatures.

“We found freezers not at the required minus 20 degrees Celsius for fish parasite control, as well as fish being delivered without temperature checks.

“While the premises in our audit have all rectified the issues and we have now provided specific advice to assist the wider sector improve standards, we will continue to apply enforcement measures”.

The audit of sushi manufacturers, restaurants and takeaway outlets revealed 76 breaches of food safety regulations, with some 90pc of the businesses audited not having adequate controls in place to safeguard human health.

All food businesses are legally obliged to have robust food safety control systems in place, however of the 11 premises audited, only one premises had no breaches of food safety and hygiene legislation.

The audit was undertaken due to a reported 80pc increase in the number of restaurants offering sushi since 2018.

The report said that three major manufacturers were audited who supply and also produce sushi for the corporate sector.

Ms Byrne added: ”Raw fish from both fresh water and salt water can be a potential source of human infection due to the presence of parasites.”

Therefore, controls to ensure the raw fish used in sushi is parasite free are critical, as there is no cooking process in sushi to kill off potentially harmful parasites.

“The audit focused on the food safety controls in place regarding the freezing of fish for parasite control and time/temperature controls, and pH controls for acidified sushi rice.

“It showed that over three quarters of the food businesses did not have adequate food safety controls in place for this. We also found poor traceability records, which are  critical in the event of a food recall, if required. “

The poor standards overall are worrying and suggests a lack of awareness by the sector as a whole of the serious food safety risks that sushi can pose if there are inadequate food safety controls in place.”