A nurse in Baton Rouge has been on a crusade to overcome resistance among older African-Americans unwilling to take the coronavirus vaccine. 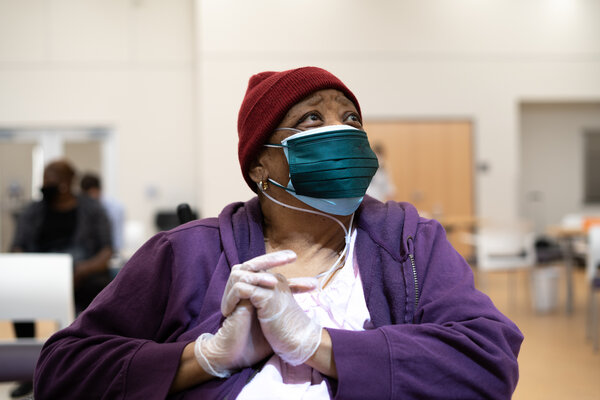 BATON ROUGE, La — Flossie West was not at all interested in taking the coronavirus vaccine.

Carla Brown, the nurse overseeing her care, was determined to change her mind.

Ms. West, 73, has ovarian cancer, congestive heart failure and breathing difficulties — conditions that place her at grave risk should she contract the virus. As it is, Covid-19 has killed far too many of her neighbors in Mid-City, a low-rise, predominantly Black community that sprawls to the east of the Louisiana state capital.

But Ms. West’s skepticism about the new vaccines overshadowed her fears of Covid-19. “I’m just not interested because everyone tells me the virus is a hoax,” Ms. West said. “And besides, that shot is going to make me more sick than I already am.”

On Thursday morning, Ms. Brown, 62, breezed into Ms. West’s apartment and delivered a stern lecture: The virus is real, the vaccines are harmless and Ms. West should get out of bed, grab her oxygen tank and get into her car.

“I’ll be darned if I’m going to let this coronavirus take you,” she said.

In recent weeks, Ms. Brown has been frenetically working to persuade her patients to get inoculated, and her one-woman campaign provides a glimpse into the obstacles that have contributed to the troublingly low rates of vaccination in the Black community.

Even as vaccine supplies become more plentiful, African-Americans are being inoculated at half the rate of whites, according to an analysis by The New York Times. The disparities are especially alarming given the disproportionate impact of the pandemic on communities of color, who have been dying at twice the rate of whites. 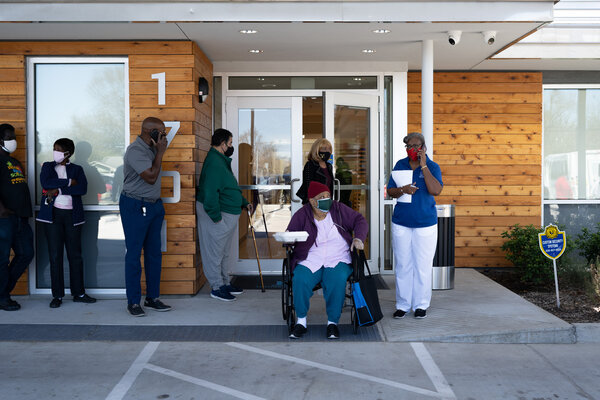 The racial gap in vaccination rates is no less stark in Louisiana, where African-Americans make up 32 percent of the population but just 23 percent of those who have been vaccinated.

Part of the problem is access. In Baton Rouge, the majority of mass vaccination sites are in white areas of the city, creating logistical challenges for older and poorer residents in Black neighborhoods like Mid-City who often lack access to transportation. Older residents have also been thwarted by online appointment systems that can be daunting for those without computers, smartphones or speedy internet connections.