Another reason to opt for an apple over potato chips: Fruits appear to be better brain food 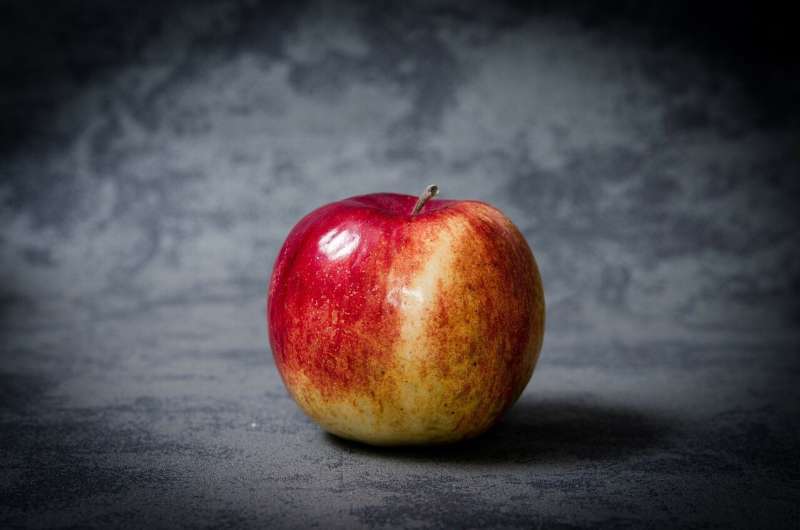 Frequently snacking on fruits can make you feel better, while tasty but less healthy snacks such as potato chips may lead to psychological harm and memory problems, new research suggests.

Researchers from Aston University in Birmingham, England, published the findings in the British Journal of Nutrition this past spring.

The study included 428 healthy adults who filled out questionnaires about their weekly diet over the past year, including consumption of fruit, vegetables, sweets such as biscuits, cakes and chocolate, and savory snacks like chips. They also answered questions about their psychological health, alcohol intake, exercise and smoking status.

“We’re just kind of saying that there’s easily modifiable habits that we could change to potentially boost our mental well-being and reduce our risk of potentially having low mood and developing depression,” said Nicola-Jayne Tuck, a doctoral researcher and a co-author of the study.

Participants ate fruits and vegetables on average four to six times a week, and sweet and savory snacks two to three times a week.

An interesting finding was that eating a portion of fruit of any size (for grapes, a portion was a “handful of grapes”) was good for mental health, Tuck said. Eating fruit twice a day was better than eating it four times a week, for instance.

“The total amount we consume isn’t as important as how often we consume the fruit. That was really surprising because you expect that the quantity and the frequency would be equal. But they’re not.”

The researchers said frequently consuming fruits in raw form (whole fruits, for example), may maximize the absorption of nutrients with antioxidant properties, increasing their influence on psychological health.

Though eating more fruit was not directly linked to improved cognition in the findings, “we can say that this nutrient-poor crisp (potato chip) consumption” is associated with reduced cognition, she told U.S. TODAY.

The more recent study does have limitations, most notably that it’s a cross-sectional study that uses data from a snapshot in time—and doesn’t directly say fruit and vegetables, or snacks, directly affect mental well-being, Tuck said.

But a new study she is working on does “explore causality in a better way … looking at the relationship over time,” she said.