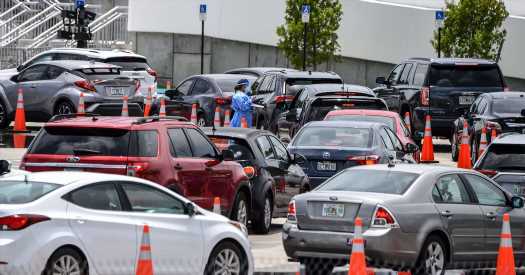 As the number of coronavirus cases in the United States exceeds 9.2 million, experts continue to call for a massive scale-up of testing among both the healthy and the sick — a necessary measure, they have said, to curb the spread of an infection that can move swiftly and silently through the population.

One strategy has involved the widespread use of rapid tests, which forgo sophisticated equipment and can return results in minutes. Purchased in bulk by the federal government and shipped nationwide, millions of these products have already found their way into clinics, nursing homes, schools, athletic teams’ facilities and more, buoying hopes that the tests might hasten a return to normalcy.

But a new study casts doubt on whether rapid tests perform as promised under real-world conditions, especially when used in people without symptoms.

In a head-to-head comparison, researchers at the University of Arizona found that, in symptomatic people, a rapid test made by Quidel could detect more than 80 percent of coronavirus infections found by a slower, lab-based P.C.R. test. But when the rapid test was used instead to randomly screen students and staff members who did not feel sick, it detected only 32 percent of the positive cases identified by the P.C.R. test.

Quidel’s tests are authorized for use only in people with symptoms, but their use in those who are asymptomatic has been strongly encouraged by the federal government. In September, the White House announced detailed plans to purchase and distribute 150 million rapid antigen tests manufactured by another company, Abbott.

“This is really valuable data that has been hard to come by,” said Dr. Benjamin Mazer, a pathologist at Johns Hopkins University who was not involved in the study. “But 32 percent is a very low sensitivity. I’m surprised by how low that is.”

The university’s data, which have not yet been published in a peer-reviewed scientific journal, were evaluated by Dr. Mazer and several other outside experts at the request of The New York Times. Rapid coronavirus tests like Quidel’s, they said, should be rolled out with the utmost care — and come with clear-cut explanations about how the results should be interpreted.

Much of coronavirus testing has so far relied heavily on a laboratory technique called polymerase chain reaction, or P.C.R., which can amplify very small amounts of genetic material from the virus, and which is sensitive enough to detect the pathogen even when it is scarce. But these tests are slow and expensive, sometimes taking days to return results. At the University of Arizona, which hosts nearly 50,000 students and staff in a typical year, there are enough laboratory resources to run only about 1,500 P.C.R. tests each week, said David Harris, a stem cell researcher and an author on the study.

Quidel’s test, called the Sofia, looks for bits of coronavirus proteins, or antigens, instead of genetic material. It is less accurate than P.C.R.-based tests. But it takes only 15 to 30 minutes to run, using a toaster-size instrument, and costs about $23, compared with $50 or more for a typical P.C.R. test.

Since the spring, the university has purchased and administered more than 40,000 Sofia tests, Dr. Harris said, and now has enough Quidel devices and personnel to process approximately 2,000 rapid tests each day. 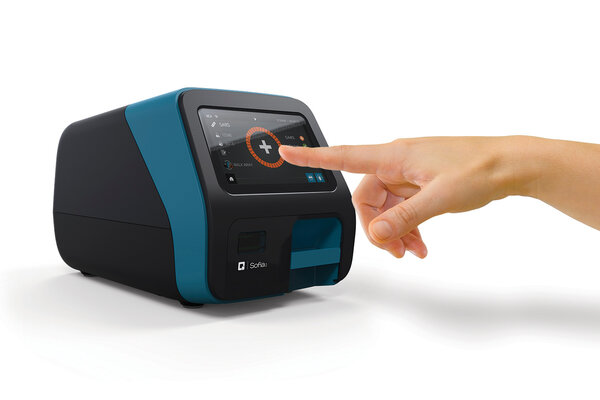 Dr. Harris and his colleagues evaluated nearly 2,500 people from June to August. Among 885 people who had experienced Covid-19-like symptoms or had recently been exposed to the coronavirus, 305 tested positive by P.C.R. — 54 of whom were missed by the antigen test, or 18 percent.

That number might have been lower if the test group had included only people with symptoms, Doug Bryant, Quidel’s president and chief executive, said in an interview. The Sofia’s instruction manual claims that the product can detect 96.7 of the infections that P.C.R. tests can when used on people in the first five days of their illness. (Dr. Harris said that he did not know what proportion of the people in the group of 885 were symptomatic.)

The researchers also screened for the virus in another 1,551 randomly selected people who had no symptoms. Nineteen of them tested positive by P.C.R.; of those who did, only six were caught by the Sofia.

“The data for the symptomatic group is decent,” said Jennifer Dien Bard, the director of the clinical microbiology and virology laboratory at Children’s Hospital Los Angeles, who was not involved in the study. “But to get less than 50 percent in the asymptomatic group? That’s worse than flipping a coin.”

Among people without symptoms, the Sofia also produced more false positives than P.C.R.-confirmed positives, mistakenly identifying seven participants as infected when they were not actually carrying the coronavirus.

When asked about the Sofia’s poorer performance in asymptomatic people, Dr. Harris said, “I think everybody expected that.”

But he and his colleagues argued in their manuscript that some of the asymptomatic people who tested positive with P.C.R., but negative with the rapid test, might have been missed for good reason: They were carrying too little of the coronavirus to spread it to others.

Some P.C.R.-based tests can be configured to produce a number called the cycle threshold, or C.T., which increases as the amount of virus in the body decreases.

Of the 13 asymptomatic people who were not identified by the Sofia test, 12 had C.T. values in the 30s.

“At these high values, we don’t even know if a P.C.R. test is ‘correct,’” said Werner Kroll, senior vice president of research and development at Quidel. As with any diagnostic tool, false positives can appear in P.C.R.-based tests. These tests can also pick up on harmless genetic fragments of the coronavirus that linger in the body for weeks after people have recovered.