Author Kate Gunn: 'How I coped when my marriage fell apart' 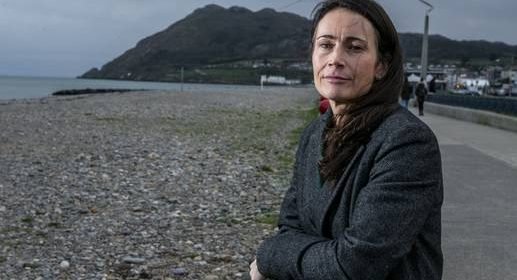 We’ve made it through Christmas, but now reality has hit for many couples. It’s the busiest time of the year for divorce lawyers as ‘Divorce Day’ spills over into the first full week of the new year. In the UK, there were 13 applications for divorce made online on Christmas Day itself. We don’t get monthly breakdowns here in Ireland, but we do know that the number of separated and divorced people increased by 8.9pc between 2011 and 2016, rising from 203,964 to 222,073. The figures are both sad and shocking.

For me, it’s not just numbers on a page though. Five years ago, almost to the day, I was one of those statistics.

I had spent all of the morning and most of the afternoon lying in bed in my in-laws’ house, struck with one of my hellish hangovers. The relief of actually making it to Christmas Day as an intact, though desperately frayed family, had seen me drink far too much cheap Spanish cava, and now I was paying the price. I lay there in despair – knowing that we couldn’t go on like this. The end had come.

The next few days were filled with difficult conversations, hard realities and googling through tears such things as ‘How to tell your children you’re splitting up’. Somehow we waded through the week.

Our children were nine, seven and five at the time and they dealt with their new reality as best they could. I listened to their fears, but I didn’t encourage them to open up about them. Not yet. My own pain was so great that I didn’t think I could take on any more. I built a protective shield around myself so that I didn’t absorb more feelings than I had in me already. I was there for the children but only in the capacity that I could manage. I was there physically. I was there to hug and talk and listen and support.

But I was not fully present emotionally. I could not take on their pain. I could not own it and understand it and imagine how they felt. I was supersaturated in emotion already. Nothing else would fit inside me. I did as much as I could and that was all I could do.

Four years later, I found a scrap of paper from those first days. A friend had told me it was useful to write down all the emotions that I felt to try to make sense of everything. The feelings I had written down were: confusion, loneliness, isolation, fear, sadness, despondent, hopeless, guilty, despair, I can’t stop crying. And beside them was another list. The practicalities of what needed to be done now: call school, cancel tenancy, packing, shipping, car, uniforms. The vast chasm between the two seemingly unbridgeable.

The process of sharing our news began. Family first. I couldn’t bring myself to speak to my mother in those early days so my sisters passed on messages instead. It wasn’t that she would judge me, but I just couldn’t bear to hear her voice. I knew it would make me crumble.

I then began to tell friends by private message and text. Close friends first. Some school mums next. My oldest friends and I have a Facebook group and I tentatively told them what was happening. Supportive messages flooded back to me, making my eyes fill with tears.

“We’ll look after you,” they said, and I wanted to believe it. One of them put up a link to Gloria Gaynor’s ‘I will survive’. I slammed shut the lid of my laptop immediately. Too soon. I was nowhere near ready for jokes or girl power chattering. I shifted back in to my cave.

The next weeks would pass in a haze – a shifted reality that I was only partially a part of. But before long I found myself in a new house with the children, and we began to slowly turn it into a home. Pictures were placed on walls and new lamps and cushions were purchased. Our new nest started to take shape around us. Each night I would tuck the children into bed with prayers and lullabies and then take my place by the fire, ploughing through box sets of Downton Abbey to keep the thoughts and fears at bay.

The first weeks and months were the hardest. It’s often the smallest moments that have the biggest impact. Evenings alone on the sofa, no one to have an adult conversation with. Who am I? Running out of milk and realising that you are going to have to get out of your pyjamas and put three kids in the car to go and get some. How did I get here? Filling in forms when your new identity becomes real. Mrs to Ms. Marital status: ‘Separated’.

In those early days, I remember trying to hush the children if they asked in public whether they were going to ‘Dad’s house’ that day. ‘Stop judging me’, I would think, feeling the eyes of strangers boring into the back of my head. I would usher the children to somewhere more private to talk, or answer with whispers into their ears. Five years on, I’m mostly over that, but, in truth, a little of the shame still stings. The term ‘broken home’ has a lot to answer for.

I can almost break it down into phases, my journey from lost to found. From broken to whole. Family got me through the first phase, carrying me when I needed it. My children pulled me into the next – because when you are responsible for making dinners and doing school runs, there’s not much else that you can do but get on with it. Friends brought me out and helped me enjoy the third phase, showing me that there was fun to be had and even boys that might be interested in a single mother of three young children. Who knew? I raced through the final phase – dodging loneliness on my morning runs and evening swims, remembering old hobbies and life loves that made me feel alive.

These phases blended into one another, and I can’t say when each one began and ended. Some were short and over before I had a chance to take stock and realise. Some were longer than I thought they should be, others are still a work in progress. “Time is a great healer,” they said. I wanted to punch someone each time I heard it in the early days, so I can only apologise now – but time is a great healer.

And whether it is five months or five years later – you will be ok. Better than ok. Almost all of the separated and divorced men and women who I have shared stories with are happier now than they were in their marriage. Life may be harder in terms of survival and money and chores, but nothing is harder than living under the weight of a dead marriage. Although it may seem like the greatest pain you have ever felt, the breaking of that bond can let the light back in. It can show you strength and depths you never knew you had, it can uncover friendships you had forgotten and help you forge new relationships you didn’t know you needed. It can make you a better person – more empathetic, more forgiving, more loving, more alive, deeper, stronger, freer and yes, happier. But it’s a process. You can’t rush to the finish line. Rebuilding a person, and a family, takes time.

‘Untying the Knot’ by Kate Gunn (Orpen Press) is available from January 14 in all good bookshops and on Amazon.