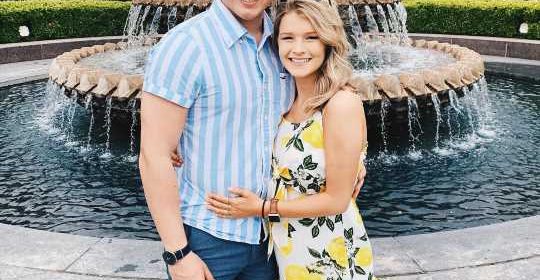 Josie Bates' 18-month-old daughter Willow correctly guessed the sex of the Bringing Up Bates star's baby on the way even before the mom of one announced it!

Bates, 21, revealed on Thursday that she and her husband Kelton Balka are expecting another girl.

"It's a GIRL!!! 💓 Our hearts are overflowing with joy as we are anxiously waiting to meet our little Hazel Sloane!" she announced, revealing the name that they've chose for their second child.

Bates continued, "Willow has been running around the house saying 'Sister, sister, sister' for the past few weeks , and I can't stop thinking about how much fun it's going to be to see the friendship they're going to create over the years."

"Growing up with sisters has been one of the sweetest things in life for me and I'm so so excited for Willow and Hazel to experience the special bond that sisters have," she added. "June can't come soon enough 😍 #21weekspregnant."

Bates announced in January that she and Balka, 25, are expecting their second child after the mom revealed in September that she suffered a miscarriage.

"Our hearts are filled with gratitude, and we couldn't feel more blessed and more in love with the thought of being parents again!" Bates wrote, sharing a gallery of pictures from a confetti-filled photo shoot. "2020 was a difficult year for everyone, and it was especially difficult for our little family after suffering a heartbreaking miscarriage in August," she continued. "It seemed to be a tumultuous and trying year for all, but our faith that God is ultimately our source of comfort and joy, gave us hope that brighter days are ahead. We couldn't be more excited to share that we have our rainbow due in June!"

Bates and Balka got married in October 2018 during an outdoor ceremony overlooking the Tennessee mountains.

They announced that they were expecting their first child together the following February.