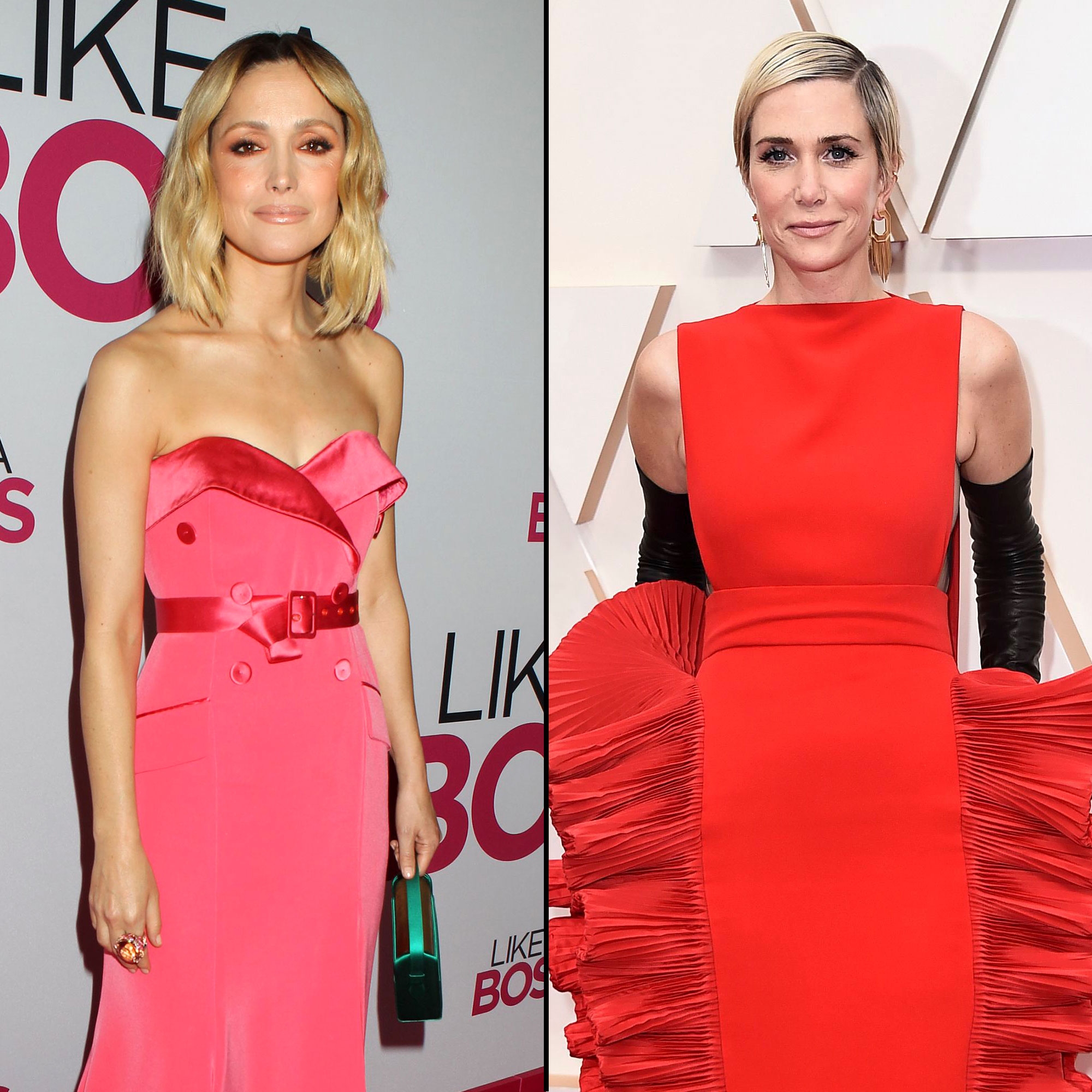 “It’s such lovely news and she’s just such a delightful person,” Byrne, 40, gushed to Entertainment Tonight on Thursday, June 18. “She’s such a nurturing person, so it’s wonderful news.”

Us Weekly exclusively confirmed one day before that the Saturday Night Live alum, 46, and Rothman, 42, welcomed their little ones via surrogate earlier this year. The news comes less than one year after Us confirmed that the pair got engaged after three years of dating. Before her engagement, Wiig was previously married to actor Hayes Hargrove from 2005 to 2009, and dated musician Fabrizio Moretti from 2012 to 2013.

The Ghostbusters star raised eyebrows during the Mother’s Day episode of SNL in May after delivering a monologue that fans thought hinted at her recently starting a new chapter as a mother.

“This is the Mother’s Day show, and at SNL, it’s a very special time to celebrate moms,” Wiig said at the time. “I don’t know if I truly appreciated my mom the first 45 years of my life. But this year I’m feeling especially grateful for her advice, her love. I’m so thankful for all the things she’s taught me, like preparing me to be a mom myself.”

Though it’s been nearly a decade since Byrne and Wiig worked together on Paul Feig‘s Bridesmaids, the two actresses have remained close through the years. The Australian actress even admitted to ET that it was “terrifying” to think of how long it’s been since the film hit theaters.

“It doesn’t feel like it was that long ago,” Byrne said on Thursday. “I remember just having an incredible time. It was one of those seminal points in your life, doing a really special project, not knowing it would go on to be so beloved and such a success. But I cannot believe it’s been 10 years!”

While she’s thrilled to watch her friend grow into her new role as a mom, the Mrs. America star “can’t even think about” welcoming baby No. 3 with partner Bobby Cannavale. The two began dating in 2012 and share sons Rocco, 4, and Rafa, 2.

“[My boys] are keeping me very busy,” she told Us in April 2019. “They’re physically very exhausting. They’re still so little as well, but it’s good!”