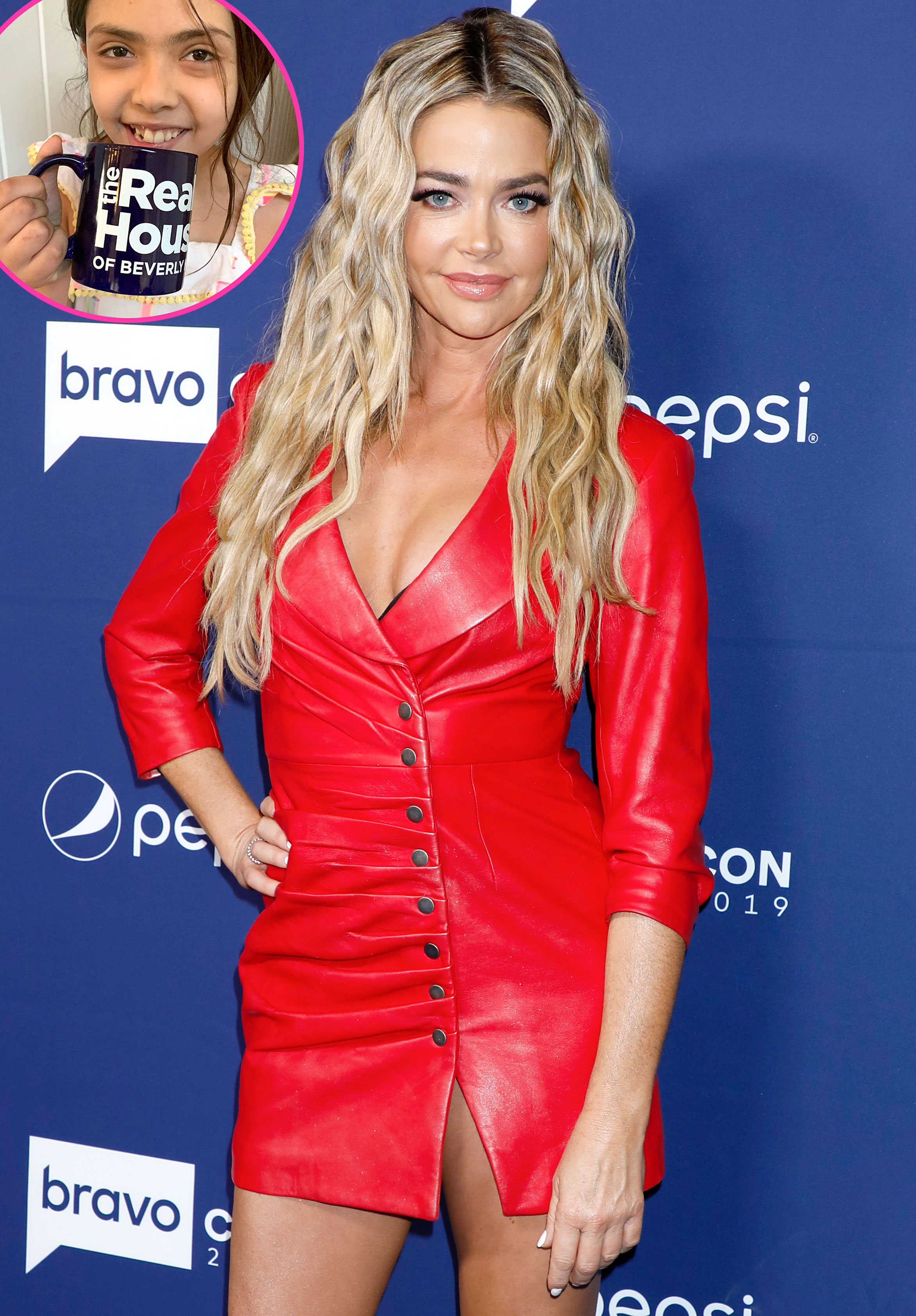 The next generation! Denise Richards’ 9-year-old daughter, Eloise, just got ahold of her mother’s Real Housewives of Beverly Hills swag.

“Oh boy… is this in her future?!? Is she a future #rhobh ???” the 49-year-old actress wrote alongside a photo of Eloise holding a Real Housewives mug on Friday, May 1, via Instagram. “With that #bedheadhair she’s definitely our daughter @aaronwilliamcameron #MsEloise.”

Oh boy… is this in her future?!? Is she a future #rhobh ??? With that #bedheadhair she’s definitely our daughter @aaronwilliamcameron#MsEloise

Us Weekly exclusively revealed that Richards adopted Eloise in 2011 when she was just 5 weeks old. The reality TV star also shares daughters Sam, 16, and Lola, 14, with ex-husband Charlie Sheen. Richards later confirmed that her youngest daughter has a chromosomal disorder.

“It’s caused many delays with her and it’s caused a lot with speech, development,” the Bold the Beautiful star said through tears at the season 9 RHOBH reunion, which aired in December 2019. “We found out probably two years ago exactly. It was a very difficult thing to diagnose, she went through a lot. It was really hard when I saw what was written on the medical report to get the blood test and all the testing done. It was hard to see it in black and white, to be honest.”

Richards is raising Eloise with husband Aaron Phypers. The couple made headlines for an awkward scene at Kyle Richards’ dinner party on the most recent episode of RHOBH.

“Everything you’ve been taught about how disease process and stuff works is not true,” Phypers, 47, said on the Wednesday, April 29, episode before taking a long pause. “I have to be careful.”

“[At the] age of 12, I was living next to the largest nuclear facility in North America,” he explained on Wednesday’s episode. “I watched everybody die of cancer. I couldn’t understand why we could split an atom with sound and cause a nuclear explosion. If you look at an atom, there’s lots of space, right? Electron, proton, neutron, whatever. There’s a lot of space, space, it’s empty space, right? 99.9 percent is space, but it’s oscillating at a frequency that appears to be real in our reality. Does that make sense?”

While Kyle, 51, Teddi Mellencamp, Erika Jayne, Lisa Rinna, Garcelle Beauvais, Sutton Stracke and Dorit Kemsley were all clearly confused, Denise got up from the table after warning her husband that people were already “following” them.

The Real Housewives of Beverly Hills airs on Bravo Wednesdays at 8 p.m. ET.