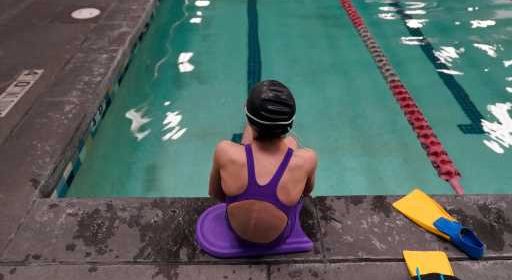 With Mississippi and South Dakota passing bills to ban transgender children from sports and more than a dozen other states with similar bills in the works, the American Academy of Pediatrics (AAP) has finally spoken out against this harmful legislation. 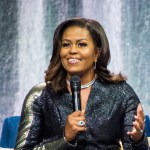 “With alarm and dismay, pediatricians have watched bills advance through state legislatures across the country with the sole purpose of threatening the health and well-being of transgender youth,” said AAP president Lee Savio Beers, MD, FAAP, in a statement released last night. “The American Academy of Pediatrics has long been on the record in support of affirmative care for transgender children through our clinical policy. Today, we are going on the record to oppose public policies that would allow for the opposite.”

The Human Rights Campaign is currently tracking these bills, with information on what you can do to help stop them from becoming discriminatory laws. This flurry of transphobic legislation is a knee-jerk, unnecessary, and discriminatory reaction to President Joe Biden’s executive order preventing and combating discrimination on the basis of gender identity or sexual orientation.

“Every person should be treated with respect and dignity and should be able to live without fear, no matter who they are or whom they love,” Biden’s executive order reads. “Children should be able to learn without worrying about whether they will be denied access to the restroom, the locker room, or school sports.”

In the AAP statement, Dr. Beers continues: “Several state legislatures have introduced bills that would prohibit gender-affirming care for gender-diverse and transgender youth and forbid transgender youth from participating on sports teams according to their gender identity. These bills are dangerous. If left unchallenged, there will be transgender teens in certain zip codes who will be unable to access basic medical care, and pediatricians in certain zip codes who would be criminalized for providing medical care. And, transgender youth would be denied the ability to participate in sports according to their gender identity.”

Dr. Beers continues, calling out that the “pandemic that has led to staggering rises in mental health concerns among children and teens. Transgender children had statistically higher rates of depression and suicidal ideation before the pandemic: around half of transgender youth consider suicide, and a third attempt it.”

According to AAP recommendations, youth who identify as transgender should have access to comprehensive, gender-affirming, and developmentally appropriate health care that is provided in a safe and inclusive clinical space. “We also recommend that playing on sports teams helps youth develop self-esteem, correlates positively with overall mental health, and appears to have a protective effect against suicide,” Dr. Beers said.

“These bills not only ignore these recommendations, they undermine them,” the statement says. “Instead, the legislation would allow policymakers rather than pediatricians to determine the best course of care for our patients, and in some medically underserved states, it could mean losing an already limited number of pediatric practitioners who care for transgender youth. Forcing transgender children to play on teams according to their sex assigned at birth, rather than the gender they live in, also puts their physical and mental health at risk.”

Evidence-based medical care for transgender and gender diverse children is a complex issue, notes the AAP statement, and pediatricians are those best able to determine what care is necessary and appropriate for these children, “but these bills interfere in the physician-patient-family relationship and would cause undue harm.”

“Politics has no place here. Transgender children, like all children, just want to belong,” concludes Dr. Beers in the AAP statement. “We will fight state by state, in the courts and on the national stage to make sure they know they do.”

Here are just a few famous LGBTQ parents we love.