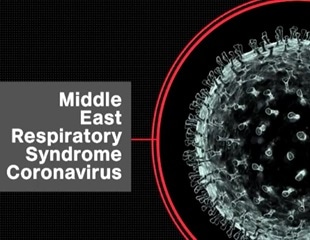 In recent history, we have witnessed the emergence of several different life-threatening viruses. In addition to causing serious public health concerns around the globe, they have been responsible for significant human morbidity and mortality. Modern life that entails uncurtailed travel of humans and goods means that initially localized outbreaks may pose a risk of transmission anywhere in the world.

One of these novel viruses implicated in severe acute illness was Middle East respiratory syndrome coronavirus (MERS-CoV), a close relative of the severe acute respiratory syndrome coronavirus (SARS-CoV). Due to its high fatality rate, the discovery has had a dual effect: fear of contracting it among the public, and a potential burden on the healthcare system.

The Origin of MERS-CoV

MERS-CoV was initially identified in the Kingdom of Saudi Arabia in the summer of 2012, having been isolated from the sputum sample of a 60-year-old man presenting with community acquired pneumonia. He subsequently developed a fatal disease associated with respiratory failure and acute renal failure.

Shortly thereafter, this new illness was found to have an earlier point of onset, in April 2012 when there was a small outbreak of pneumonia among healthcare workers in a single Jordanian hospital intensive care unit. Two of the patients in this cluster died. They were later discovered to have the MERS-CoV in a retrospective analysis of stored tissue samples.

This new infection had a disconcertingly high morbidity and mortality. It is true that in a small fraction of cases the disease was mild, but the majority of patients exhibited an acute and serious respiratory illness that required hospitalization, and which ended in a fatal outcome in nearly six out of ten patients.

Coronaviruses are a group of enveloped RNA viruses of the family Coronaviridae. Their surface appearance resembles that of a crown under the electron microscopy, which has given rise to their scientific name (Latin “corona” meaning “crown” or “halo”). Coronaviruses able to infect humans are shown to emerge via cross-host transmission from animals.

Dipeptidyl peptidase 4 (or DPP4) is a functional protein receptor for MERS-CoV that enables the infection, and it is found on the surfaces of non-ciliated epithelial cells in human bronchi. This receptor shows high level of amino acid sequence conservation between different species, including the bat cells.

Reaching the Consensus in Naming

After careful deliberation and extensive consultation, the Coronavirus Study Group (a part of the International Committee on Taxonomy of Viruses) resolved on the name Middle East respiratory syndrome coronavirus (or MERS-CoV) for the new coronavirus. This name was finally accepted by the scientists who discovered and worked on the virus, as well as by the Saudi Arabian Ministry of Health and the World Health Organization (WHO).