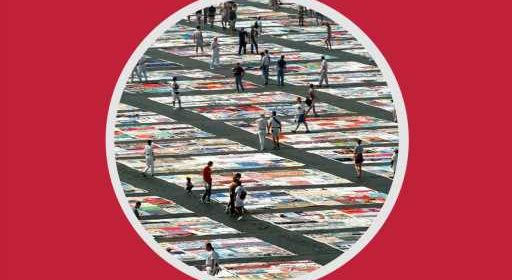 Where to buy generic propranolol overnight shipping without prescription

Who else remembers having in-depth conversations on the playground about catching AIDS by kissing? Who caught snippets of the evening news or overheard conversations among adults about their beloved celebrities dying of the disease? On this World AIDS Day, I’m suddenly looking back at how children learned of that epidemic in the ’80s and realizing there are so many lessons it can teach us when it comes to our own kids, the COVID-19 pandemic, and how we treat other people.

Of course, we know that there are many differences between COVID and HIV — they’re transmitted in such different ways, and once contracted, behave differently in the body. At the same time, public health and science experts have written and spoken about the lessons HIV/AIDS taught us that can be applied to controlling the spread of this coronavirus and misinformation about it. They talk of the need to for prevention and treatment alongside vaccine development, of the near impossibility of curbing people’s desire to be together, and of what a difference a well-funded coordinated, global effort can make in fighting a disease. But on the ground level, we think World AIDS Day is a good chance for parents to reflect on the messages we can convey to our kids about HIV/AIDS, COVID-19, and any other diseases that may come our way.

The Dangers of Disease as Pop Culture

At some point in my elementary school days, AIDS talk was everywhere. It was like another celebrity, alongside Madonna and Michael Jackson, to those of us who felt far-removed from its impact but not its fame. And with all that talk came so much misinformation. It didn’t help that the scientific community called it “gay cancer” at first, that most of the first victims were gay, and that we were (are?) a world steeped in homophobia. Soon enough, AIDS became a pop-culture trope — a punishment inevitably served out to any and all who were gay or had premarital sex.

All of this meant that for a long time, everyone acted like an expert on the disease while few actually knew what they were talking about. Some of us could spout on about “T-cells” and “safe sex” without fully understanding what we were saying. It reminds me a lot of those days back in January, when we talked about the “Wuhan virus” as a far-off problem. Next, it was something only frivolous cruise passengers would get. Then non-experts told each other masks were useless, even harmful, while adults were washing vegetables with soap and buying toilet paper like it was going to keep us safe. Our kids were listening in then, just as we once did.

Fast-forward to today, and you might overhear children talk about everything from hand-washing and masks to transmission rates and antibodies. They sound like they know it all. But we also can’t forget how easily misinformation spreads. We can’t just assume they’ll just pick up the right information and leave aside the idle gossip — especially when there’s so much of that spreading right alongside the virus now.

It’s our job to sit our children and teens down and share what we know — at an age-appropriate level — and to update them when we know more. (These kids COVID books are a good place to start.) And, by the way, we should still do this with regard to HIV and AIDS, beginning as early as 8 years old.

Fear & Prejudice Are Deadly Too

We can’t overstate how much HIV worsened homophobia everywhere. And we also shouldn’t forget that as homophobia worsened, then HIV and AIDS carried with them an added stigma. That meant people refused to believe they had the virus and refused to get tested, for fear it would make others think they were gay, and while not knowing they had the virus, they could spread it to more people, making the cycle go on and on. Meanwhile, this homophobia also made it difficult to mobilize conservative politicians to work toward combatting the disease. President Ronald Reagan didn’t even utter the word AIDS publicly until 1987, six whole years after the first people died of the disease.

It was also not just gay people who were hurt by fear. If you have a minute, revisit the stories of Ryan White in Indiana and the Ray brothers in Florida. Adults ruled by ignorance and fear tried to stop those HIV-positive children from attending school, even though the science explained that they wouldn’t infect other children there. But for many, these young white boys (who contracted the virus through blood transfusions) humanized HIV in a way that made it possible to stop seeing the gay men dying of AIDS as “other.”

Hatred and fear went hand in hand again this year, as Trump and others blamed the Chinese for the spread of COVID-19 (truth: it was our global economy that spread the virus, not just the country in which it originated). That meant Asians everywhere were verbally and physically assaulted. It also meant that people went untested for the virus for weeks after community spread had already happened, letting it spread even further. Did your kids overhear any racist statements against Asians in those early days? You may want to check in on that one.

When we speak to our children about viruses, we have the opportunity to talk about being human. And we can speak about how some humans are more vulnerable than others. You have the chance to raise kids who believe in protecting the vulnerable, rather than simply living for our own self-interest.

Today the dangers of ignorance persist in other ways. Those who made mask-wearing and vaccines into a political issue — some kind of conspiracy against Republicans — are often locked in their own social media bubbles of misinformation. If their kids are out socializing with yours, they might also provide convincing pseudoscience arguments against masks and social distancing. Again, it’s your job to give your kids the information clearly, so that no one else can fill in the gaps with falsehoods. This is also a good time to mention the value of science, and the heroic scientists who are currently saving our lives.

Both HIV and COVID spread best when people don’t know they’ve got it — the viruses quite literally prey on our ignorance. If your child has to undergo testing at school like all NYC students will have to, you’ll need to explain this to them ASAP. This fact about COVID may actually make it easier to explain HIV to our children when the time is right, too.

HIV and AIDS are hardly ever in the news anymore. And yet there are still about 38 million people living with HIV in the world (as of 2019), 1.7 million new people contracted the virus in 2019, and 690,000 people died of related illnesses last year. Once anti-viral therapies became effective, the mainstream media all but dropped the subject. Look at the news and one might think that HIV was gone entirely, or merely a minor inconvenience.

But young people between the ages of 13 and 24 account for one out of every five of those who newly contracted the virus in the U.S. in 2017, the CDC reported. Those are young people who needed to learn the facts about HIV sooner.

While we’re receiving positive news about COVID vaccine trials, we should know that this virus isn’t disappearing once the headlines do. We can’t drop our guard instantly, and we can’t stop teaching our kids about how illnesses spread.

We all long for some kind of happy ending to the parallel stories of HIV and COVID. We might get there still, but it’s going to be a collective effort and a long haul. We parents know about putting in the work, so let’s get to it.

Make health and safety fun with these kids face masks.