Discovery of gene that modifies the severity of inherited kidney disease 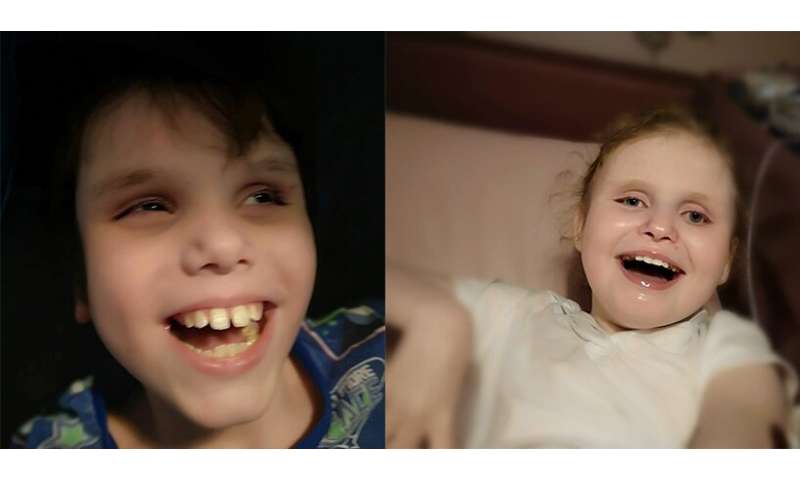 Scientists have developed a new way to understand complex genetic diseases and have identified a gene that modifies the severity of inherited kidney disease, paving the way for personalised treatments.

Experts at Newcastle University, UK, have shown that the rate of kidney disease in people with Joubert syndrome is determined by the genetic makeup of the individual and each patient may respond differently to treatment.

Joubert syndrome is a complex disorder, affecting approximately one in 80,000 newborns, causing varying degrees of physical, mental and sometimes visual impairments. It is often associated with severe kidney disease that requires dialysis and ultimately transplantation.

The study, published online in the Proceedings of the National Academy of Sciences, is the first time that an explanation has been given for the difference of disease progression in Joubert syndrome patients.

The Newcastle research has identified a second gene called BSND—a ‘modifier gene’ – which determines the severity of kidney disease in patients with CEP290 mutations of Joubert syndrome.

It has been assumed that these modifier genes exist, but they have never been found before in rare genetic conditions until now.

Professor Sayer said: “We have shown, using mouse and human DNA samples, that BSND is a modifier gene for the severity of kidney disease in Joubert syndrome.

“This is the first time that a modifier gene for inherited kidney disease has been identified, and this information will improve diagnoses and will be used to develop therapies to reduce the severity of kidney disease in affected patients.

“Our research is a major step forwards and, in the future, we may be able to offer a therapy that switches on the protective modifier gene and reduces the development of genetic kidney disease.

“This work paves the way towards personalised therapies in patients with the inherited kidney disease.”

The international study used mouse models and DNA samples from patients with Joubert syndrome to progress the research.

Scientists used mouse models of disease and genetic manipulation to see how the kidney disease responded to modifier gene manipulation, cross-referenced with DNA sequencing data from patients around the world to prove the modifier gene was relevant in humans.

Professor Sayer, a Consultant Nephrologist at Newcastle Hospitals NHS Foundation Trust, said: “The treatment of genetic kidney disease is challenging, as this requires both the correction of the underlying gene defect and the delivery of the treatment.

“We have shown that the kidney disease in a mouse can be dramatically changed by switching on or off a modifier gene.

“This will mean that we can use this information to carry out treatments, including genetic therapies, to lessen the effects of inherited kidney diseases, such as Joubert syndrome.

“We are testing these treatments further in our model systems before we move into patient studies.”

Within the next three years, research will start to test treatment of patients with modifier genes in the hope of developing personalised treatment plans.

Siblings Emma, 11, and Ben Buckley, eight, have Joubert syndrome and both developed kidney failure before the age of eight.

They were diagnosed with Joubert syndrome from a few months of age and both have required dialysis and a kidney transplant.

They suffer from a range of medical issues due to Joubert syndrome, including visual impairment, communication problems and developmental delay.

The two children, of Whitley Bay, North Tyneside, have been instrumental in helping further the research over the years, allowing the Newcastle scientists to study the mutation in detail.

Parents Leanne and Michael say they welcome the findings of the Newcastle University-led study as it will help to give patients a chance of preventing kidney failure in the future.

Leanne said: “It is very important that research is done into Joubert syndrome and the linked kidney damage, as this will hopefully prevent patients in the future needing a kidney transplant.

“All throughout Ben and Emma’s lives, they have lived with the effects of Joubert syndrome and scientists found they had a problem with the CEP290 gene.

“Both Ben and Emma have needed dialysis and kidney transplants because of their kidney problems and I would like to hope this research will help prevent kidney failure for other affected children.