One in four children with mental health rejected for treatment

More than one in four under-18s referred for mental health treatment on the NHS are REJECTED, report warns

More than one quarter of children referred for mental health treatment are turned away, a damning report has revealed.

Around 133,000 under-18s were rejected from specialist NHS services in the year 2018/19, the Education Policy Institute (EPI) said.

This includes youngsters who may self-harm, have eating disorders, suffer abuse or simply don’t ‘fit in the criteria boxes’.

The think tank gathered data under the Freedom of Information Act from 62 mental health providers in England out of 64.

Findings show the South and East of England have the worst record for rejecting mentally ill children, while London fares slightly better.

Analysts also found the average time children and young people spent on a waiting list was double the Government’s target time of one month. 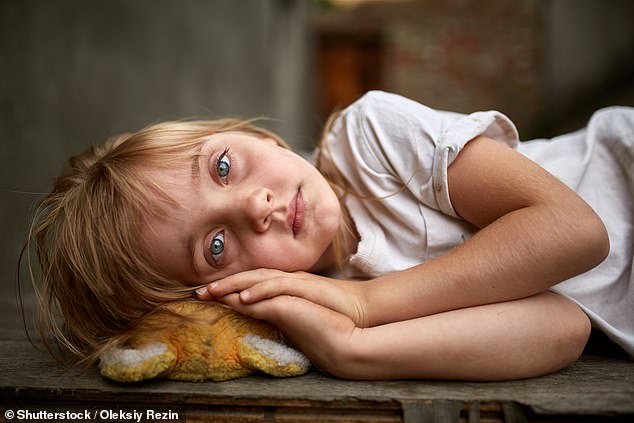 More than one in four children referred to a specialist mental health service in England are rejected, a damning report from the Education Policy Institute (EPI) has revealed

‘It is unacceptable that as many as one in four children referred to mental health services are being turned away.’

GPs, parents, carers and workers in education are able to refer children to Child and Adolescent Mental Health Service (CAMHS).

CAMHS use a criteria to assess which children are most at risk, such as those who are suicidal, and therefore prioritised for treatment.

The EPI found that 26 per cent of all referrals in 2018/19 were rejected, with huge variation across the country.

Referrals were most commonly rejected because the child does not meet the eligibility criteria.

For example, there more be social aspects or family difficulties involved that CAHMS cannot help with.

Other common rejection reasons can include inappropriate referrals or not being from the right area.

But EPI warns a growing number of children and young people ‘with complex needs’ do not fit clearly into diagnostic boxes created by CAHMS.

Those with lower-level mental health needs and older adolescents may be unable to access the support they require, it said.

The report concluded: ‘It remains unclear what support is available for the one in four children with mental health difficulties referred to, but not accepted into, treatment.

WHY ARE MENTAL HEALTH PROBLEMS SOARING?

Mental health problems are a growing public health concern in the UK and around the world.

The overall number of people with mental health problems has not changed significantly in recent years, but figures spanning over decades show some trends.

Mental health charity MIND say it appears that how people cope with mental health problems is getting worse as the number of people who self-harm or have suicidal thoughts is increasing.

Economic uncertainty, the influence of social media and expectations of what life should be like have all been suggested as possible causes by experts.

Young people today are more likely to suffer from depression or self-harm, as well as have obesity or sleep disorders. But they drink less, take fewer drugs, and are less likely to be vandals or violent than their elders of just a decade before, a large-scale study by the University College London found.

‘Children with complex or less well-understood needs, including those with conduct difficulties, those in care, and those transitioning to adult mental health services, face a postcode lottery of provision.’

There may be other services, such as social care, charities, or a school nurse, that step in to assist with children who are rejected from CAHMS.

But the report said: ‘Our previous research has highlighted that alternative mental health support services for those unable to access CAMHS have been decommissioned in many areas over the past eight years.’

The findings also show that children and young people waited an average of two months to begin treatment in 2018/19 – double the Government’s proposed four-week target.

In some areas of England, children typically wait as long as six months before they can access treatment.

However, median waiting times from referral to start of treatment have fallen since 2015 generally.

The report said: ‘Despite the £1.4billion of extra spending over five years announced in 2015, the proportion of rejected referrals has not changed since we started collecting this information four years ago.

‘Our newly-collected data reinforces the picture of a system that is failing to meet need across the country, despite significant extra spending on CAMHS since 2015.’

The EPI, which aims to promote high-quality education outcomes regardless of social background, warned that the Government is unlikely to succeed in meeting its national CAMHS waiting time target of four weeks by 2022/23.

The longest median waiting times were in London (65 days) and the shortest in the Midlands and East of England (49 days).

Whitney Crenna-Jennings, senior researcher at the EPI and author of the report, said the system was ‘operating under great strain’.

She added: ‘There is a vast treatment gap, meaning the needs of hundreds of thousands of young people in England are not being met.’

‘It’s clear that, to have any hope of meeting the proposed waiting times targets, children’s mental health services need a drastic increase in funding and in staff.’

Emma Thomas, chief executive of mental health charity YoungMinds, said: ‘These findings reinforce what we know from calls to our helpline – that too many young people who look for mental health support can’t get it when they need it most.

‘This can have devastating consequences – in some cases, young people drop out of school, start self-harming or become suicidal before they get the right support.

‘The Government must ensure that young people can get help earlier on, through their schools, their local communities and online.’