This Year's Top Toys Are Going To Look Awfully Familiar

Fall has just kicked off which means, naturally, it’s time to start thinking about holiday shopping. While there are still close to 90 shopping days until December 25, stores like Target are already promoting their holiday toy selection. Now, coupon site RetailMeNot has released its own top toy predictions with the help of the company’s in-house trend expert, Sara Skirboll. So what does Skirboll see in her crystal ball?

In short, a lot of things that light up, spin, chat, and move. And many of the top toys, like a hatching Toothless dragon, are building on hot toys from years past, like Hatchimals. Toys that are in demand year-round, like Pomsies, L.O.L. dolls, and Shopkins, also have new additions to their collections designed to catch kid’s eyes (and wind up on their letters to Santa). And, as always, hot movies from the past year, like The Lion King and Toy Story 4, will affect wishlists. Here, Skirboll predicts an interactive Simba based off the latest movie release, not the 90s classic cartoon, and walking, talking Buzz Lightyear will be huge hits.

And, yes, many of these toys require batteries or charge — and make noise. “These days, kids expect their toys to fly, play sound, or even dance. Even Legos, which used to be so basic, now offer features that allow kids to program and interact with them through remote controls and coding,” says Skirboll.

Hot toys, of course, are more likely to sell out. While we aren’t likely to see a Tickle Me Elmo-type rush this year, Skirboll also provides some tips on keeping yourself sane during the holiday shopping period. Parents can utilize shopping trackers for toys that have gone out of stock — Skirboll says zooLert and NowInStock are two of her favorites. RetailMeNot will also be keeping an eye on hot toy stocks through the holidays as well.

Additionally, some stores will hold back stock for “doorbuster” days like Black Friday and Cyber Monday. Because many of the are online as well, you may not even have to leave your couch to score a toy. If all else fails, most toys will also be restocked in January.

“Prior years prove that stores typically have plenty of hot toys in stock once the holidays pass,” says Skirboll. Maybe Santa can leave an IOU note in a stocking?

See Skirbolls full list of hot toy predictions, in no particular order, below: 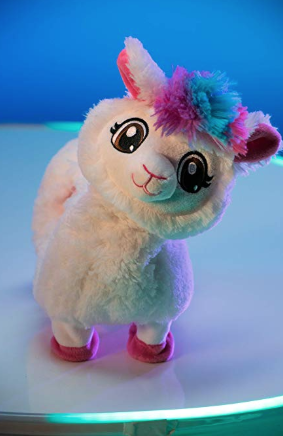 “Llamas have pretty much taken over as the new unicorn this year (not to say that unicorns aren’t still magically cool, though), and this toy is ready to dance its way into your life,” says Skirboll. “The colorful Boppi comes with three songs to move and twirl its head along to.” 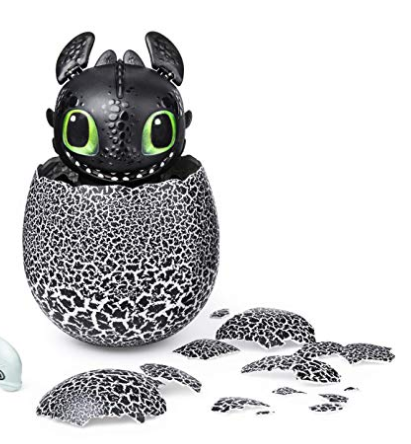 Not only will Toothless hatch, once he’s “born” he can fly, play games, and even blast plasma.

Good news, parents. “The new Nintendo Switch Lite is a smaller, cheaper alternative to the Nintendo Switch,” explains Skirboll. While still a big investment, its $100 cheaper than the original. But, unlike the original Switch, it can only work as a handheld device and can’t be connected to your T.V. 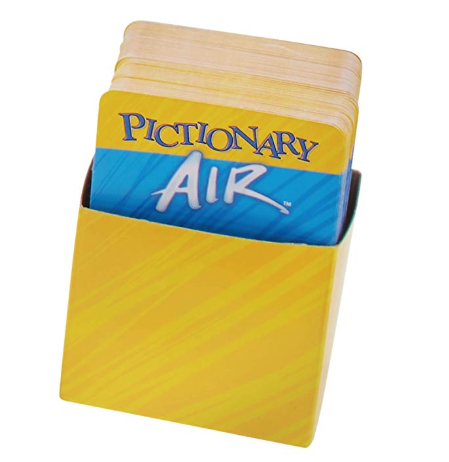 In this very 2019 take on the classic game, a special pen is used to draw in the air. An app helps you see their drawings in real time, and can also be projected into your TV using Chromecast or Apple TV. 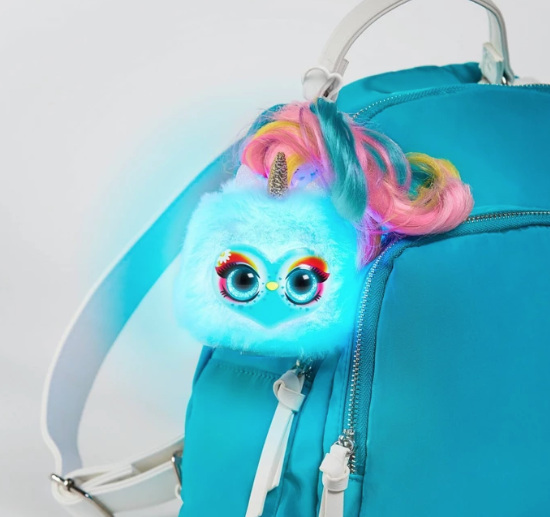 Pomsies were one of the hottest toys last year, says Skirboll, so of course they needed an update for 2019. So what do they do? Besides glow, they can “change colors, play games with and make music,” says Skirboll. They can even be “fed” colors and change to match whatever color they touch. 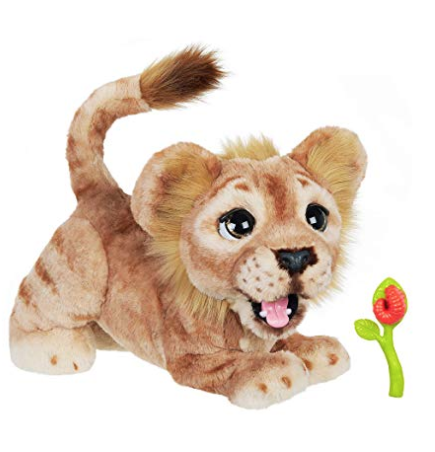 Leave it to the makers of Furreal to make this Simba almost as realistic as the 2019 movie version. He can make over 100 sound and motion combinations, including “Slimy, yet satisfying!” 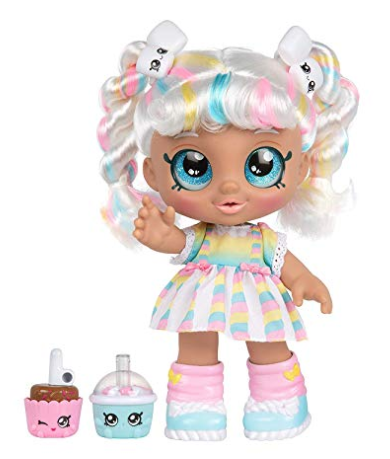 The anthropomorphic world of Shopkins continues to expand, this time, with preschool-aged dolls whose heads bobble and wobble as they “eat” the various Shopkins treats. 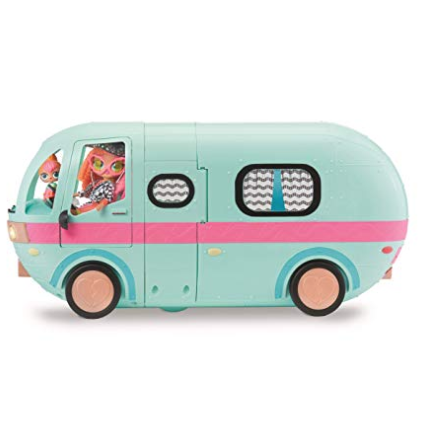 L.O.L. dolls are relatively cheap (usually around $10 a pop). You can forget about that when it comes to their Glamper, which will cost parents $100 full-price. But think of everything the dolls will have to do in it: after unwrapping 50 surprises, kids get to play with a DJ booth, fashion runway, and detachable car. 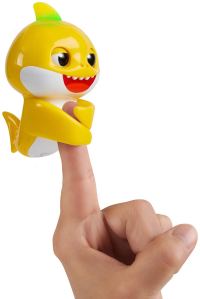 Fingerlings are another popular toy that’s back with a very 2019 version: a baby shark that holds onto your finger. Do-do-do-do-do-do. 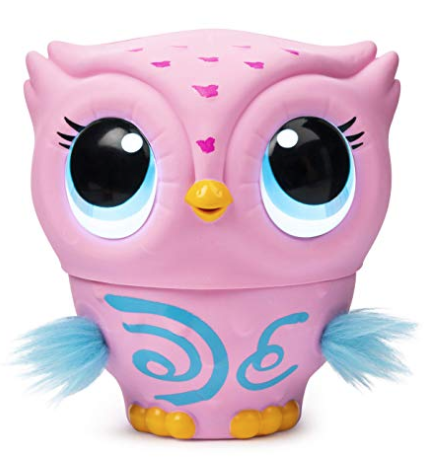 Owleez aren’t even released (though they are available for preorder) but they’re already topping lists of most-anticipated toys. “It’s a nurturing toy, which means you will need to do things like feed it toy berries, pet it, rock it to sleep and more,” says Skirboll. She also recommends preordering it if you think it’s going to be on your kid’s wishlist. 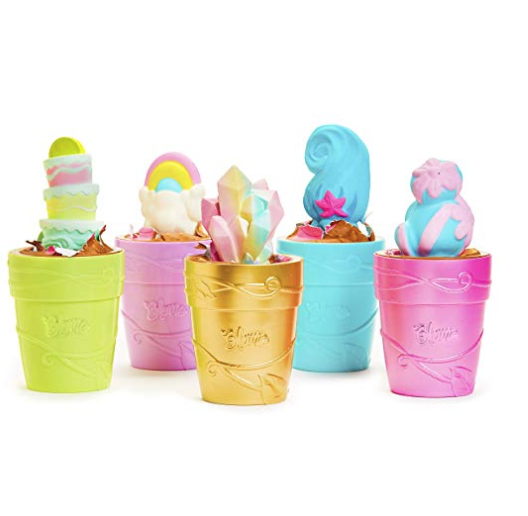 Building on the popularity of collectibles like L.O.L. dolls, Blu,e Dolls “grow” hair once you add water. “Their hair is made of soft foam that can be taken off and put on other dolls — same goes for the outfits,” says Skirboll. Hair includes things like flowers, geodes, and cakes, and there are 22 to collect. 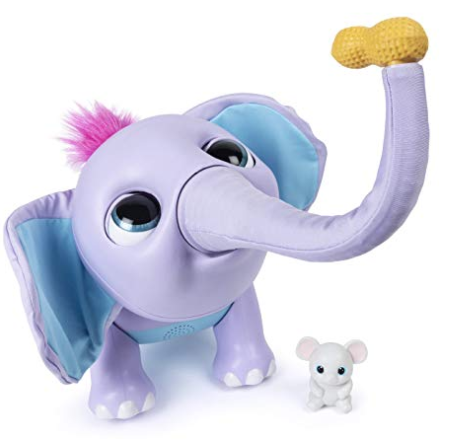 Skirboll thinks this interactive elephant, which is similar to the Simba Furreal doll, is going to be especially hard to find as we get closer to the holidays.

Juno My Baby Elephant, $82 at Amazon 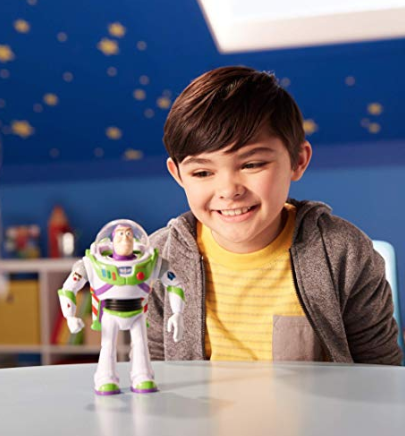 After four movies, there are still new ways to make Buzz Lightyear a must-have item on kid’s wishlists — this time, its with the ability to walk, and even moonwalk, all on his own. 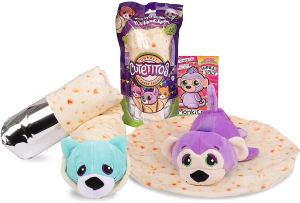 Another toy that draws on the collectibles craze, Cutetitos are stuffed animal surprises that come with their own burrito blanket. Bonus: They can’t beep, whirr, or glow (yet). We won’t be surprised to see a 2020 version of the Cutetito that involves a mariachi band.