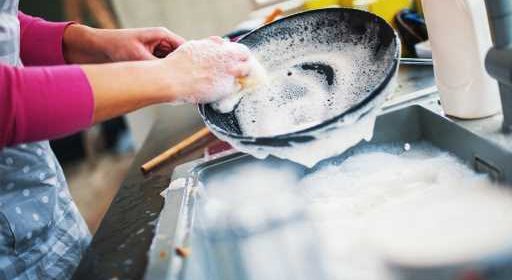 Reddit is fiercely rallying around a user who is being pressured to be a stay-at-home mom. The woman took to the AITA forum to detail her situation and find out if she’s the a-hole (spoiler alert: she’s definitely, definitely not).

She’s three months pregnant and just moved back to her husband’s family’s farm in Kansas after his dad died. “Since his father’s passing, his mother needs help with the farm and he suggested we move there and it will be better for the child to be raised on the farm anyway,” she wrote. “I didn’t really want to do that but I agreed as I knew how much it meant to him.”

The farm, it turned out, is very big and very isolated. She shares a car with her husband and her mother-in-law has her own car. The Reddit user wanted to go into town to try to look for work but her husband quickly dismissed that idea.  “He sat me down and told me it wouldn’t be very practical for me to have a job atm because we only have 2 cars for 3 people and they can’t spare one for me to take for 8 hours a day and they can’t drive me to and from work when there’s so much to be done on the farm.”

She was unhappy about that prospect, but decided that she would look for remote jobs online instead. Her husband didn’t like that idea either, claiming that those sort of positions are often “scams.” He also claimed that he needs access to the laptop to deal with clients. Then, the pressure started to kick in about her becoming a stay-at-home mom.

“We had a small family gathering and his sister and SIL asked me why I didn’t want to be SAHM,” she recounted. “I explained them everything. And they told me I should think of my family first, that all kids in this family are raised by SAHM and I should just go with it and everyone will be happier. I said that I would get bored and I need a job to help supporting us but the kept telling me that I should listen to my husband.”

Is your blood starting to boil already? It continues to get worse. Her husband got upset with her after that conversation …and now he’s not speaking to her. Her MIL is also attacking her, saying that she’s not following in the “family tradition” of being a SAHM and “bringing shame to [the husband].” Again, what?!!?

Reddit immediately sounded the alarm on this relationship and begged the OP to reconsider her options. “She needs to get out of there,” one person wrote. “He doesn’t want her to have a car, be able to use computer (have contact with outside world), or have money of her own.” Another added: “My stomach is literally clenching because I feel how much danger OP is in. She’s swimming in a vat of red flags. OP, you are not safe. Please, please get out now. Even if it feels like you have no other options, I guarantee you that you have WAY more options now than you will after your child is born…When you are used to ignoring yourself and your needs to make other people happy, taking care of your own safety feels like aggression.”

Others added that the OP’s husband seemed to be purposefully hiding his intentions before they moved to Kansas. “The fact that he never brought up the ‘family tradition’ of being a SAHM is jarring,” someone noted. “He knew that was his plan all along but never mentioned it to OP. This is definitely isolation at its finest and now she’ll have his whole family hounding her about what a terrible person she is because she doesn’t want to live like Little House on the Prairie.”

This is a scary, deeply upsetting situation that the OP is in. We really hope she gets the help and support she needs. She should never be cut off from the outside world, forced to take on a role she doesn’t want, or guilt-tripped by her in-laws this way; these types of behaviors can be some of the first indicators of domestic abuse. If this story sounds familiar to you or you’re struggling in the same way that the Reddit user is, there are so many resources for moms feeling emotionally or physically trapped in a relationship. One place to start is the Domestic Violence Hotline, which is free, confidential and can be reached via phone at 1-800-799-SAFE or by texting START to 88788.