Just because Angelina Jolie is famous doesn’t mean that the actress wants her six kids to spend too much time in the spotlight. 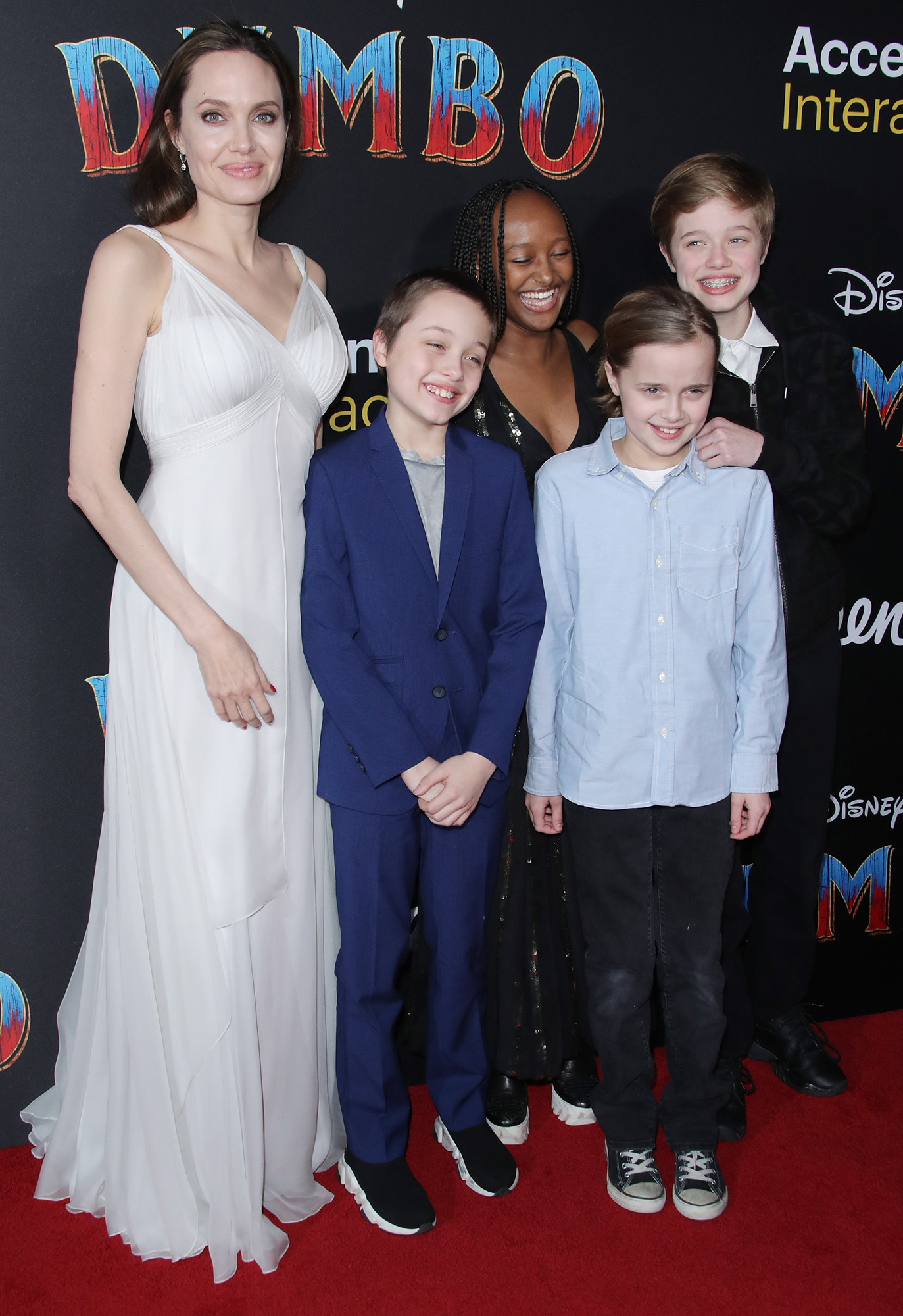 “I’ve wanted them to be exposed to it all,” the Maleficent: Mistress of Evil star, 44, told Extra on Sunday, September 29. “It’s a part of their life. But it’s not important to them and a center of their lives in a way that’s unhealthy. It’s all fun.”

The Oscar winner has stepped out with Maddox, 18, Pax, 15, Zahara, 14, Shiloh, 13 and twins Knox and Vivienne, 11, on multiple red carpets this year, including The Boy Who Harnessed the Wind premiere in February and the Dumbo screening in March.

“Brad [Pitt] isn’t thrilled that Angie takes the kids to movie premieres, but it’s not going to trigger any actions,” a source told Us Weekly exclusively in March of Jolie’s estranged husband. “Angie has always chosen to be more public with the kids than Brad has. … Brad must get Angie’s approval before traveling with the kids, as she must get permission from him as well.”

Jolie and Pitt, 55, split in 2016 and have been coparenting their brood ever since. Their eldest left for his first year of college in August, attending South Korea’s Yonsei University to study biochemistry.

“I just sent one off. I’m so proud of him,” the Los Angeles native gushed to Entertainment Tonight on Sunday. “I’m so excited, I feel like my world expands as their world expands. I learn so much from them and I love this stage. It’s going to be different for different kids. Maddox was so ready.”

While Jolie dropped her teenager off at school, the Once Upon a Time in Hollywood star wasn’t involved in their son’s college plans. “Brad hasn’t been spending much time with Maddox lately,” an insider explained to Us exclusively last month. “Brad won’t be going [to South Korea].”

Another went on to say that “Maddox doesn’t really see himself as Brad’s son.” In fact, the college freshman told a reporter earlier this month that he doesn’t know if Pitt will visit him at Yonsei.