Why is B12 Difficult to Absorb and Do Oral B12 Sprays Work?

Vitamin B12 plays a vital role in many bodily systems, such as the production of cellular energy and DNA synthesis. A range of factors can influence absorption rates of B12, which can result in the development of B12 deficiency. To address this, individuals can take a range of supplements such as oral B12 sprays.

Cobalamin, most commonly known as B12, is a water-soluble vitamin that comes in a variety of forms such as hydroxyl-, cyano-, deoxyadenosyl, and methyl-cobalamin. Cyanocobalamin is typically found in low concentrations in animal products, such as eggs, dairy and red meat, and is used in supplements. 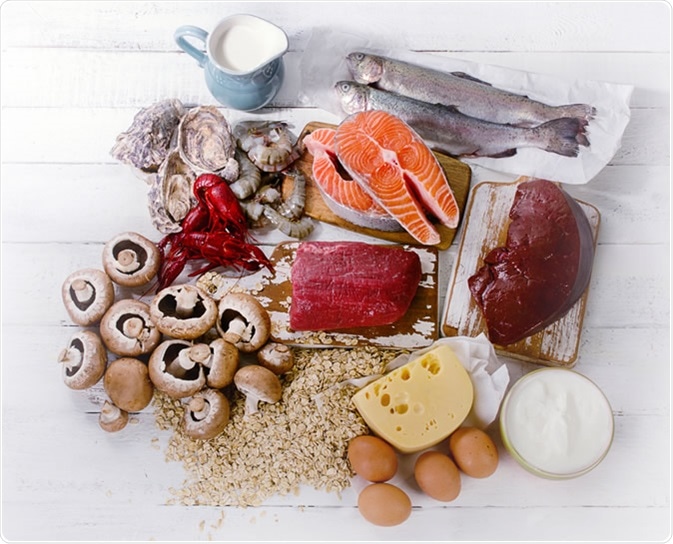 How is B12 absorbed?

Vitamin B12 is attached to protein molecules in food and can only be absorbed by the body after being split from the protein by hydrochloric acid in the stomach. In order to absorb B12 in the terminal ileum, the stomach’s parietal cells produce a glycoprotein referred to as Intrinsic Factor (IF). The free cobalamin attaches to an R protein which is removed when passing into the duodenum, allowing the cobalamin to bind to the IF allowing its active absorption. The B12-IF complex then moves into the small intestine where ileal receptors ingest it through phagocytosis.

Why is B12 difficult to absorb?

B12 is quite a large molecule, and the process by which the body absorbs it is lengthy and dependent on the availability of  IF. Difficulties with B12 absorption may occur at a variety of points throughout the process and may be further influenced by some coexisting medical conditions or certain medications. Non-availability of IF is a serious issue as it limits the absorption of B12 (through diffusion) to approximately 1-2%.

Atrophy of parietal cells and IF deficiency

Researchers have found that many medical conditions can result in the malabsorption of B12 besides a B12-deficient diet.  These include Crohn’s disease and having had a gastrectomy.

Pernicious anemia (PA) is a type of autoimmune disease which can affect the ability to absorb B12. In this condition, autoantibodies are synthesized which cause damage to the stomach’s parietal cells resulting in their atrophy. As a result of this, the cells lose the ability to generate IF as well as hydrochloric acid.

In other subtypes of PA, autoantibodies are synthesized which affect IF function by preventing its binding to B12. Normally, the signs of B12 deficiency may be delayed because the liver stores excess B12, and it is suggested that these stores are enough to provide the body with adequate levels of the vitamin for approximately 3-5 years. However, individuals with IF deficiency will struggle to absorb not only new B12 but also that released from the liver.

Certain medications have been found to impair the absorption of B12. Proton pump inhibitors are often used to treat heartburn and indigestion by reducing the amount of acid produced by the stomach. However, by reducing the acidity of the gastric lumen, these drugs also inhibit the body’s ability to absorb B12 by preventing its splitting from the carrier protein molecules.

As the body ages, the amount of hydrochloric acid produced by the stomach naturally decreases, causing similar effects. In some cases, this can promote the proliferation of B12-dependent intestinal bacteria, further decreasing the proportion of the vitamin available for absorption.

Effectiveness of oral B12 sprays

To address B12 deficiency, doctors often prescribe supplements to be taken by varying routes, including oral sprays. The use of oral sprays allows for B12 to be delivered directly into the mouth, to permeate the highly vascular tissue of the mucous membrane lining.  As a result of this, the vitamin can directly enter the bloodstream. This route of administration is particularly useful in patients who find it difficult to take B12 in liquid and tablet forms.

In terms of effectiveness, research suggests that compared to tablet forms, sprays have a faster onset of action as they do not need to wait for dissolution. Furthermore, sprays allow for the vitamin to enter into the systemic circulation, bypassing the intestinal vessels. This reduces the amount of time between administration and absorption, which is typically longer when taking other oral forms such as tablets.