What is a Hysterectomy?

Hysterectomy is a surgical procedure for removing the uterus, which is a pelvic organ situated between the bladder and rectum in women. The uterus is the organ in which a fetus grows and develops before birth. 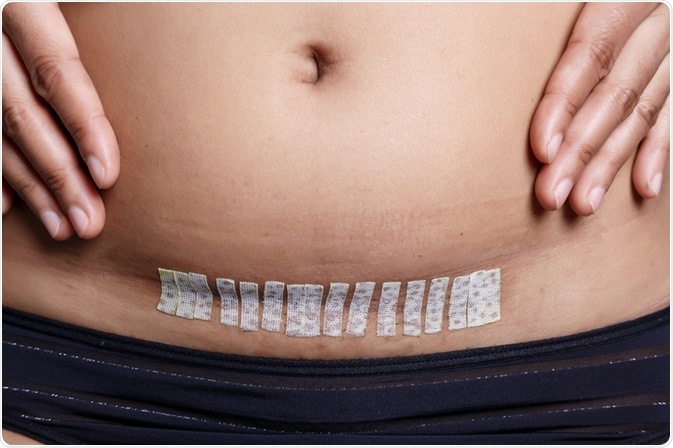 What is a hysterectomy?

Hysterectomy is a very common surgery that is performed to treat several health complications in women. During pregnancy, the fetus is implanted and grows inside the uterus. Thus, a woman can no longer become pregnant after performing a hysterectomy.

Radical hysterectomy is a type of total hysterectomy that involves the removal of the uterus along with the surrounding structures. This surgery is generally performed if cancer is diagnosed.

Why is a hysterectomy performed?

Hysterectomy is performed to treat many health conditions. For instance, fibroids can be treated permanently using hysterectomy. Fibroids are non-cancerous uterine tumors that cause prolonged vaginal bleeding, abdominal pain, and anemia.

If a woman suffers from heavy, irregular vaginal bleeding due to infection, altered hormonal level, or cancer, hysterectomy can be performed to treat the condition.

Endometriosis is a medical condition wherein uterine tissue lining, called endometrium, starts growing outside the uterus on the ovaries, fallopian tubes, or other nearby organs. The condition is associated with intense vaginal pain and heavy bleeding. Total hysterectomy with salpingo-oophorectomy is performed in this case to remove the abnormally growing uterine tissue.

Adenomyosis is a condition wherein uterine tissue lining grows inside the uterine wall, causing thickening of the wall and severe pelvic pain and vaginal bleeding. Hysterectomy is helpful in treating this condition.

Due to the weakening of the uterine ligaments and tissues, the uterus may sometimes drop into the vagina, a condition known as uterine prolapse. This condition can cause bowel movement problems, urinary incontinence, or severe pelvic pressure. Hysterectomy is usually performed to treat this condition.

Hysterectomy is the golden standard for treating gynecologic cancers, such as uterine, ovarian, cervical, and endometrial cancers. Depending on the type and stage of cancer, other treatments, such as radiotherapy and chemotherapy, may also be used

How is a hysterectomy performed?

Hysterectomy is performed through the vagina or through the abdomen, often with the aid of laparoscopy.

In an abdominal hysterectomy, an incision is made in the lower abdomen and the uterus is removed through it. This procedure is associated with several risk factors, including nerve/tissue damage, infections, blood clots, bleeding, and longer hospital stay and recovery time.

In a laparoscopic hysterectomy, small incisions are made in the abdomen. A surgeon inserts a laparoscope through one of these incisions to visualize the internal organs. The surgical instruments required to remove the uterus are inserted through other incisions.

Finally, small pieces of the uterus are removed through the abdominal incisions, or through the vagina. Although more beneficial over other hysterectomy procedures, laparoscopic hysterectomy can be associated with a higher chance of injury to nearby organs, including the urinary tract. It also requires that the surgeon and hospital are experienced in performing this type of surgery.

What can be expected after hysterectomy?

The postoperative outcomes of hysterectomy mainly depend on the type of surgery performed. Abdominal hysterectomy usually requires a hospital stay of a few days. Vaginal bleeding or discharge can be expected. Constipation is another common symptom, followed by difficulty urinating.

Hysterectomy results in infertility, and from this the feeling of not be able to have children can cause emotional distress in some women.