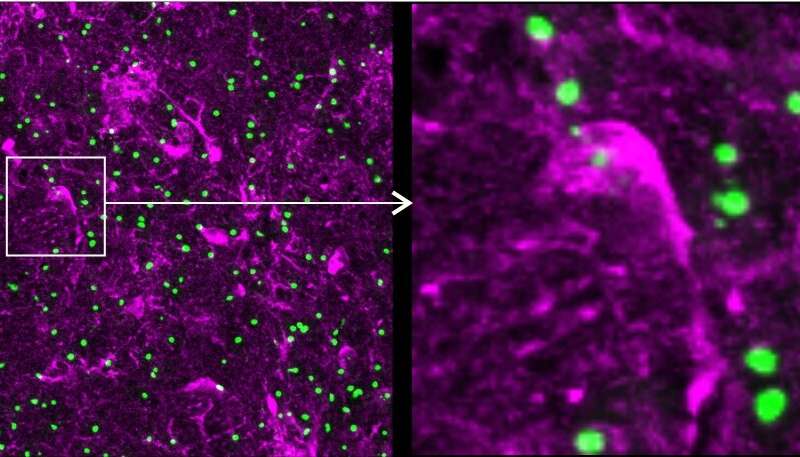 A new study examining the role that star-shaped brain cells called astrocytes play in Huntington’s disease has identified a potential strategy that may halt the disease and repair some of the damage it causes.

Astrocytes interact with and support neurons, or nerve cells, and other brain cells. Although astrocytes outnumber neurons, little is known about how they interact with synapses, the junctions between neurons that enable them to communicate and convey messages to each other.

The study, led by UCLA researchers and published in the journal Science Translational Medicine, found that Huntington’s disease damages astrocytes at the early stages of the disease, which contributes to the neuropsychiatric symptoms that develop as the disease progresses.

Huntington’s is caused by a mutation in the huntingtin gene. People with Huntington’s experience depression, irritability and other neurological and behavioral problems. They may also have difficulty processing information and controlling their body’s movements.

“It’s likely that we will not understand brain diseases without also understanding what happens to the cells that actually form the brain, including astrocytes,” said Baljit Khakh, the study’s lead investigator and a professor of physiology and neurobiology at the David Geffen School of Medicine at UCLA. 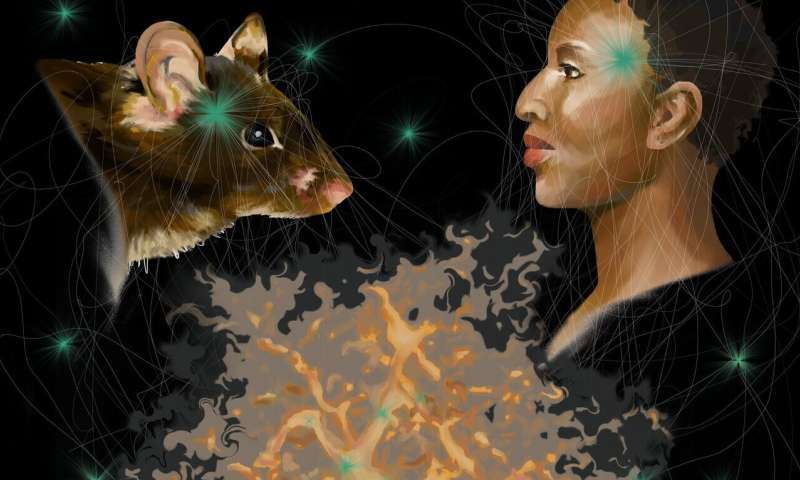 Khakh led a team that previously pioneered a method that enables scientists to look inside the brains of mice to observe astrocytes’ influence over nerve-cell communication in real time. The scientists are able to see how interactions between synapses and astrocytes change over time, and as a result of neurological diseases.

For the recent study, researchers observed the progression of Huntington’s disease in samples from the brains of deceased humans, and in living mice that carry the gene mutation. They found that by suppressing the mutation in astrocytes, they were able to stop the disease progression in mice and repair some of the damage that can be seen when examining the cells closely.

“We believe that if we are able to stop the progression of the disease in astrocytes and neurons, then we may be able to restore activity in the brain to what it was before the disease developed,” Khakh said.

Study author Blanca Diaz-Castro, a former UCLA postdoctoral scholar, said that while it’s well-known that the mutation causes the cell death in neurons, this is the first study to identify how the mutation affects astrocytes.

“We believe the findings will lead to further studies on astrocytes in brain diseases,” she said.