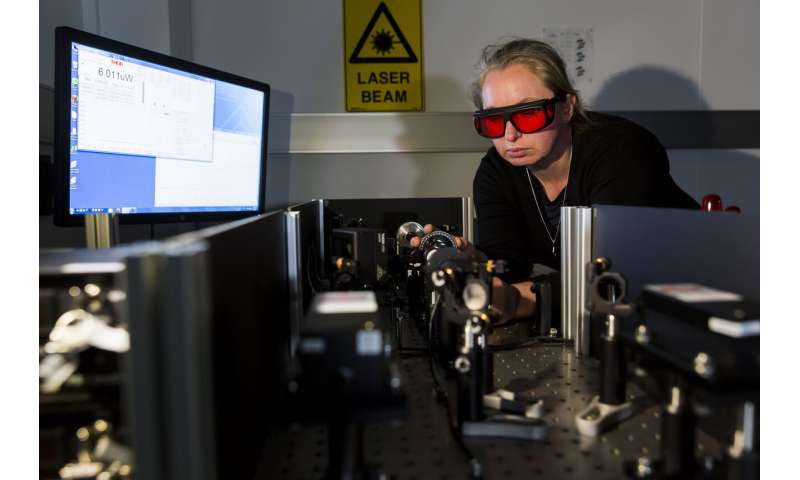 Researchers from BioPRIA, based at Australia’s Monash University, together with industry partner Haemokinesis, have developed the world’s first blood incubator using laser technology. This could prevent fatal blood transfusions in critically ill patients, and can detect antibodies in pregnant women that can kill a foetus.

According to results published in Nature‘s Scientific Reports, these findings could bring pre-transfusion testing out of the pathology lab to point-of-care, with blood incubation time slashed to just 40 seconds, compared with the industry gold standard of five minutes.

This breakthrough has the potential improve the pre-transfusion testing of millions of patients undergoing blood transfusions across the world, especially those having major surgery, going into labour, or causalities of mass trauma and individual trauma.

The detection of immunoglobulin G (IgG) antibodies requires incubation at 37°C, often for up to 15 minutes. But current incubation technology relies on slow thermal procedures, such as heating blocks and hot-water baths.

This delay adds to pathology costs and turnaround time, which substantially affects a patient’s chance of survival.

To address this problem, BioPRIA’s blood diagnostics team developed a laser incubation model where a targeted illumination of a blood-antibody sample in a diagnostic gel card is converted into heat, via photothermal absorption.

The laser-incubator heats the 75 μL blood-antibody sample to 37°C in under 30 seconds. Most importantly, no significant damage is detected to the cells or antibodies for laser incubations of up to 15 minutes.

The study was led by Dr. Clare Manderson from the Bioresource Processing Institute of Australia (BioPRIA), located within the Department of Chemical Engineering at Monash University, in conjunction with blood diagnostics manufacturer Haemokinesis.

“Laser incubation can be extremely valuable when time and accuracy is vital, especially in critical and emergency settings—like mass trauma—where pre-transfusion testing needs to be performed quickly in order to save lives,” Dr. Manderson said.

“We show that red blood cells act as photothermal agents under near-infrared laser incubation, triggering rapid antigen-antibody binding with no significant damage to the cells or antibodies for up to 15 minutes.

“This study demonstrates laser-incubated immunohaematological testing to be both faster and more sensitive than current best practice, with clearly positive results seen from incubations of just 40 seconds.”

For this study, researchers explored the roles of incubation time and temperature of the IgG anti-D antibody and the Rh blood group system’s D antigen, which indicates the positive or negative attributed to a person’s ABO blood type group.

Anti-D is the most common antibody, and is present in a person’s plasma. It’s the biggest cause of haemolytic disease of the foetus and newborn—a blood disorder that occurs when the blood types of a mother and baby are incompatible. Accurate testing for pregnant women’s antibodies is vital to save the life of the foetus.

Blood group type is based on the presence of antigens on the surface of the red blood cell membranes, consisting of proteins, glycoproteins, glycophorins, glycolipids and polysaccharide macromolecules forming roughly 346 known blood groups.

“Giving blood transfusions to people isn’t as simple as giving O-negative to anybody. The ‘universal donor’ of O-negative blood can seriously harm a lot of people, even kill them. The world of pre-transfusion of blood group typing is huge, and it’s really important that it’s done quickly and accurately to help save lives,” Dr. Manderson said.

“For the patient, it can mean that if there’s a critical blood-loss scenario and they’re in desperate need of a transfusion, they need to have their blood group typed and antibody screened as quickly as possible. We’re aiming to bring that down to seconds instead of tens of minutes.”

Blood transfusion is a critical treatment for a variety of haematological conditions, including cancer chemotherapy, bleeding trauma, childbirth and major surgery. Transfusion reactions are common if the recipient and donor aren’t correctly matched.

More than 1.2 million blood components are transfused each year in Australia, and 21 million in the US.