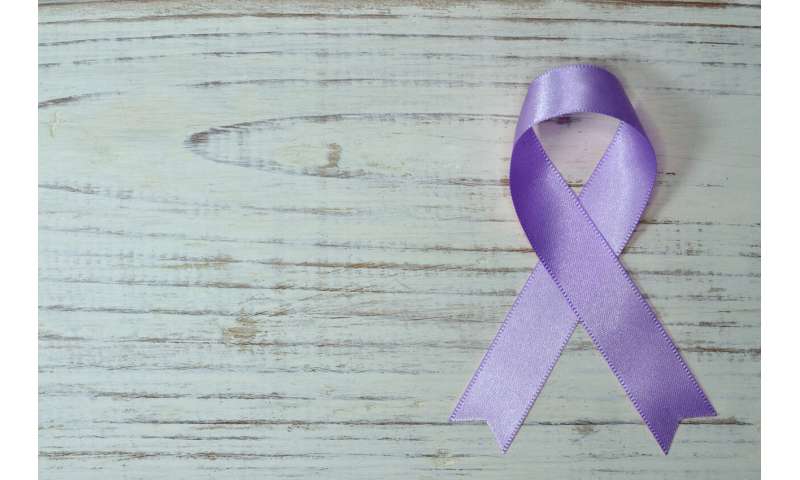 If the American Cancer Society’s projections prove accurate, more people will die from pancreatic cancer than from breast, brain, ovarian or prostate cancer this year.

One reason pancreatic cancer is so lethal is its resistance to traditional chemotherapy. But West Virginia University surgical oncologist Brian Boone is exploring whether FOLFIRINOX—a new combination of cancer drugs—can improve outcomes in patients whose pancreatic cancer is “borderline resectable,” meaning that a tumor may be too close to a blood vessel to be removed safely.

“The way pancreatic tumors sit, they’re very close to several important blood vessels that you really can’t live without. That’s where chemotherapy comes into play,” said Boone, an assistant professor in the School of Medicine’s Department of Surgery. “We try to shrink the tumor off of the vein and change it from borderline resectable to resectable, or removable by surgery.”

In a recent meta-analysis of 24 studies, Boone and a team of researchers considered 313 cases of borderline resectable pancreatic cancer that physicians treated with FOLFIRINOX. They analyzed the patients’ overall survival rates. They also evaluated how frequently tumors shrank enough to be surgically removed. The team found that FOLFIRINOX prolonged patients’ lives, on average, and made surgery possible in more instances. Their findings appear in the Journal of the National Cancer Institute.

“There’s no control group, but when you compare it to what we’ve historically seen in patients that are borderline resectable and that we take straight to surgery, FOLFIRINOX resulted in better survival and better rates of resection,” Boone said.

More than two-thirds—or 67.8 percent—of the cancers included in the study responded well enough to FOLFIRINOX that they could be completely removed surgically. “Historically, complete removal of the tumor is accomplished in a far lower number of patients without treatment before surgery and often requires removal of a portion of the vein,” he said.

On average, patients who took FOLFIRINOX survived for 22.2 months overall. Without the drug, patients with borderline resectable cancer tend to survive for about 12 months, based on Boone’s clinical experience.

“There’s really been a paradigm shift for pancreatic cancer, now that we have better drugs,” he said.

Despite these improvements in treatment, pancreatic cancer is currently the fourth deadliest, and “it’s climbing the ladder in terms of the number of people it kills,” said Carl Schmidt, chief of the Surgical Oncology Division. “In my 10 years of being in practice, there’s been more interest in pancreatic cancer, but moving the needle is really hard.”

To that end, Boone, Schmidt and their colleagues are pursuing studies that span the laboratories where scientists conduct basic-science experiments, the infusion rooms where patients receive treatment and the operating rooms where oncologists perform surgery.