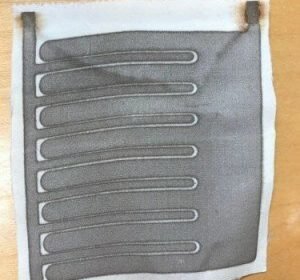 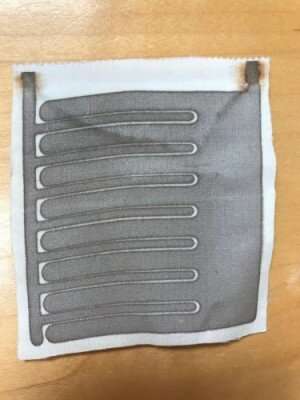 Bandages infused with electricity can help heal wounds faster than typical bandages or antibiotics—but for years, researchers have not really understood why.

A recent study by a team at The Ohio State University is offering new clues about the science behind those bandages, and researchers say the findings could help lead to better wound treatment.

The bandages belong to a class of therapies called electroceuticals, which are devices that use electrical impulses to treat medical issues such as wounds.

The study, published online recently in the journal Scientific Reports by a research team at The Ohio State University, is the first of its kind to look at the ways electroceutical bandages kill bacteria around a wound, allowing wounds to heal faster. Electroceutical bandages have been used to treat wounds since at least 2013.

“The goal is to heal nonhealing or chronic wounds, and, if infection is present, to remove infection,” said Shaurya Prakash, an associate professor of mechanical and aerospace engineering and co- author of the study. “And what we wanted to understand was the mechanism behind why these electroceutical treatments work to kill bacteria.”

Biofilms are small communities of microorganisms—including bacteria—that can live on the surface of the skin or a wound. The communities are held together by something called extracellular polymeric substances—EPS for short. The substances are generally made up of fats and proteins, and can create a protective barrier that keeps bacteria safe from traditional clinical treatment options, including antibiotics. That means that even with traditional antibiotic treatments, some skin infections can linger and prevent wounds from healing.

But electroceutical bandages made of the right materials can break through that barrier, Ohio State’s research shows, destroying bacteria and allowing wounds to heal faster. The team developed a new model to study soft-tissue infections to learn more about how the bandages work.

The Ohio State study used haboti silk, a common Japanese weave, in the bandages. They silk-screened silver lines onto the silk, and attached a small device to deliver electricity to the biofilm. When they applied the electrified bandage to bacteria-laden biofilm in the lab, the bacteria were destroyed.

This recent study was conducted on bacteria and biofilms in vitro, essentially meaning in a petri dish rather than on a human or an animal. Prakash is quick to point out that the studies set the stage for further research—experiments that will help scientists better understand the reasons why biofilms work the way they do. That fundamental understanding will help improve the design of electroceutical bandages, he said.

But in the meantime, Prakash and his team sent a few prototypes to The Ohio State University College of Veterinary Medicine. Last year, veterinarians used the bandages to help heal an open sore on a dog with a wound that just wouldn’t get better, even while being treated with antibiotic medications.

“If infection is present, wounds will not heal,” Prakash said. “So we need to find a way to get through the biofilm to the bacteria.”

The dog arrived at Ohio State late in 2017 with an open, infected wound. Within a week of using the bandage, half of the wound had healed; within 11 days, the infection had cleared.