Your Sweat Will See You Now

Someday soon, perhaps within a year, you’ll be able to slap a soft, stretchy patch on to your arm that tells you if you’re dehydrated. Or that your electrolytes are dangerously out of balance. Or even that you have diabetes.

Fitness trackers such as Fitbit and Apple Watch already track step counts, heart rate and sleep rhythms. But they tend to be rigid and bulky, and mostly gather mechanical metrics, rather than assess a person’s underlying biology.

A new generation of devices instead aim to analyze sweat for many chemicals at once, producing a real-time snapshot of the wearer’s health or fitness. These devices also fit intimately against the skin, and are comfortable for anyone, from premature babies to the elderly. One version is already being advertised by Gatorade.

The latest advance in this technology, described Friday in the journal Science Advances, provides real-time information on the wearer’s pH, sweat rate, and levels of chloride, glucose and lactate — high levels of which could signal cystic fibrosis, diabetes or a lack of oxygen.

“It fits into a broader trend that you’re seeing in medicine, which is personalized, tailored approaches to treatment and delivery of care,” said John Rogers, a biomedical engineer at Northwestern University in Illinois and the key architect of the device.

Technology like this has been anticipated for years, but the field has accelerated rapidly. Some similar devices in development are soft. Some use electric sensors to read chemicals. Others rely on colorimetrics, in which the intensity of the color in the readout matches the concentration of the chemical being monitored. The new device delivers all of that in a battery-free and wireless form.

“This looks like the first version in which they integrated all of it in one device,” said Martin Kaltenbrunner, an engineering professor at Joannes Kepler University Linz, in Austria, who was not involved in the research. “The level of technology that is in this paper is very, very advanced.”

The new device has minuscule holes at its base into which sweat naturally flows. From there, a complex network of valves and microchannels, each roughly the width of a human hair, route the sweat into tiny reservoirs. Each reservoir contains a sensor that reacts with a chemical in the sweat, such as glucose or lactate.

“That’s basically it,” Dr. Rogers said. “There’s nothing that penetrates the skin, and there’s no power supply that’s driving flow.”

The device relies on the same technology that smartphones use to send wireless payments; the phone can both deliver power through this wireless coupling, and receives data back. Alternatively, the data could be sent to a reader attached to a treadmill or elsewhere in a fitness room — and, perhaps eventually, to a reader much farther away.

The system is versatile and could be set up to track the same chemical, or several, over time, such as the level of lactate in a runner as a marathon progresses. Because the device is waterproof and molded to the body, it also could be used by swimmers to track their performance.

Eventually, the device would fill up with sweat — not so hygienic — but the channel system can be easily separated from the electronics and swapped out, giving the device a longer life span. “This approach is especially nice, this modular construction of sensors,” said Dr. Kaltenbrunner.

To be marketed at large scale, any sweat-based sensor would need to be manufactured at a low cost. Many teams are focused on this goal because of the potential of the devices to transform health care, Dr. Kaltenbrunner said.“If I have to go to the clinic once a day to have my data collected, I wouldn’t really do it,” Dr. Kaltenbrunner said. “But it just means wearing a patch and being able to self-monitor myself, then eventually this barrier will be reduced.” 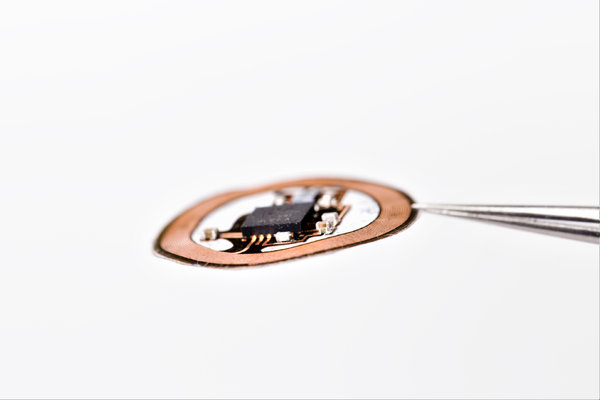 Dr. Rogers’s team has begun testing the technology as a way to screen for cystic fibrosis, a rare genetic condition. Doctors already look at chloride concentrations in sweat to identify children with the condition, but they typically use a rigid, uncomfortable device that straps tightly onto the child’s arm for a one-time measurement.

In 2017, another team described a flexible, wearable sensor that also analyzes chloride in sweat to screen for cystic fibrosis. But that sensor is battery-powered, and does not capture separate volumes of sweat as Dr. Rogers’s device does.

“Really what is needed is big data for human health,” said Ali Javey, a member of the team that proposed the earlier sensor and a professor of electrical engineering and computer science at the University of California, Berkeley. The device invented by Dr. Rogers “is really important,” Dr. Javey said, because it is “comfortable to wear, has different sensing modalities and is robust.”

Dr. Rogers’ team has been testing their device with children who have cystic fibrosis at Lurie Children’s Hospital of Chicago. They are in the late stages of a clinical trial, and plan to apply for approval from the Food and Drug Administration.

A much bigger market for sensors lies in helping the approximately 30 million people with diabetes in the United States track their glucose levels. The most advanced diabetes sensor, approved by the F.D.A. in 2017, is a soft skin patch coupled to a small reader, and relies on tiny needles that pierce the skin to monitor blood glucose.

The ideal device would not involve needles or draw blood. To use sweat instead, however, scientists first need to learn more about it — how sweat rates vary among individuals, how different biochemicals make their way into sweat, and how well those levels reflect blood glucose.

“We need to take a step back and be careful to think about how we can make sense of what we’re measuring,” said Carlos Milla, Dr. Javey’s collaborator and a professor of pediatrics at Stanford University.

The new study underscores Dr. Milla’s concern. The device measured glucose in sweat, but the results suggested that this was not a good proxy for glucose in the blood. The sweat glucose levels reflect blood glucose from 30 to 60 minutes earlier, too long of a delay to help diabetics.

“It’s indicating this might not be as simple as one might have initially hoped,” Dr. Rogers said. He added that sweat glucose might be more helpful as metric in screening for diabetes rather than for real-time monitoring of glucose levels.

Dr. Rogers is also working with collaborators to develop sensors for urea and creatinine, which are indicators of how well the kidneys are functioning, and to chart the progress of people undergoing rehabilitation after a stroke. Other labs, such as one led by Wei Gao at Caltech, are trying to develop sensors for mental health conditions, including depression.

Progress on many of these fronts is likely to be fast. In November 2016, Dr. Rogers described an earlier vision of his device that used colorimetric analysis of sweat. Within weeks, he was in talks with Gatorade and L’Oreal to adapt the technology. In December, Gatorade debuted a commercial that featured Serena Williams and hinted at an upcoming range of products based on the nature of people’s sweat. And L’Oreal is promoting a small sticker that will track skin hydration. (Dr. Rogers’ device was also featured in an exhibition of the Museum of Modern Art in New York, and has since become part of the permanent collection.)

“It shows you how quickly this can happen,” Dr. Rogers said. “Two, three years is a very conservative estimate.” 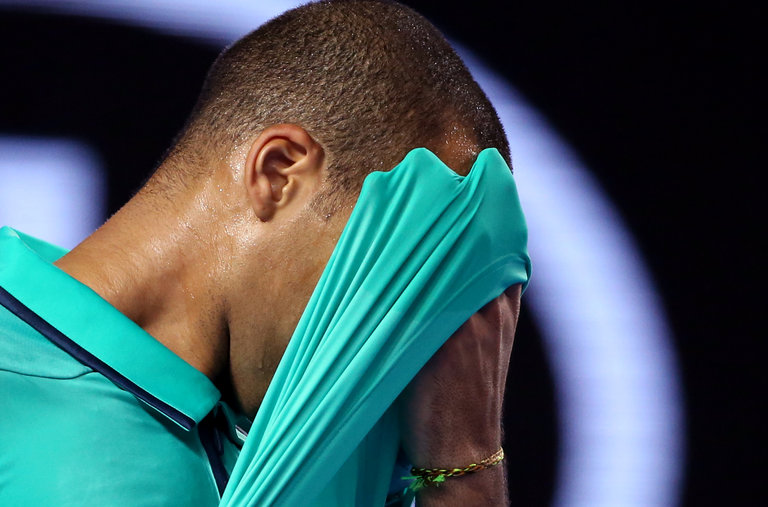 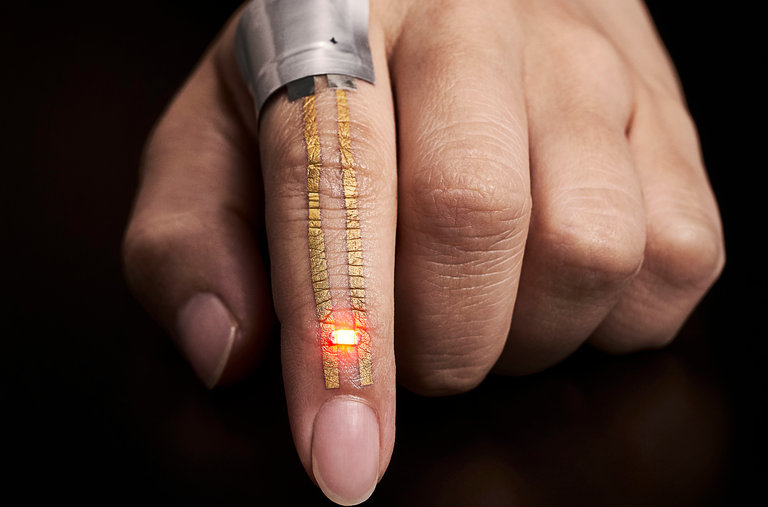 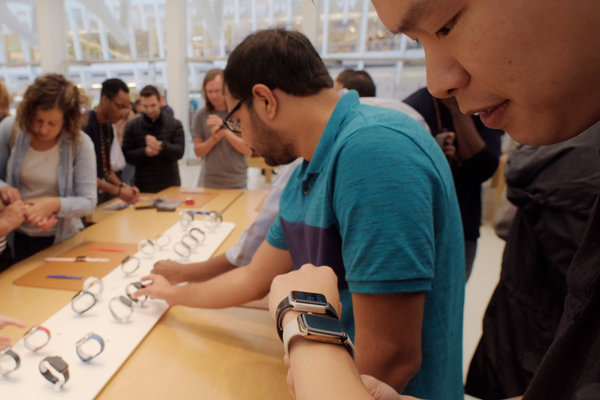