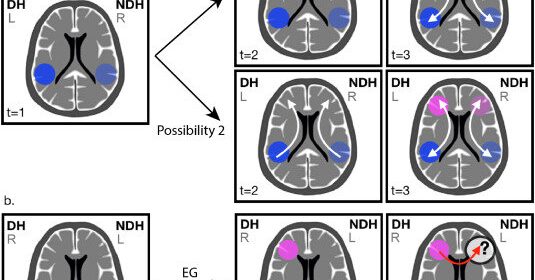 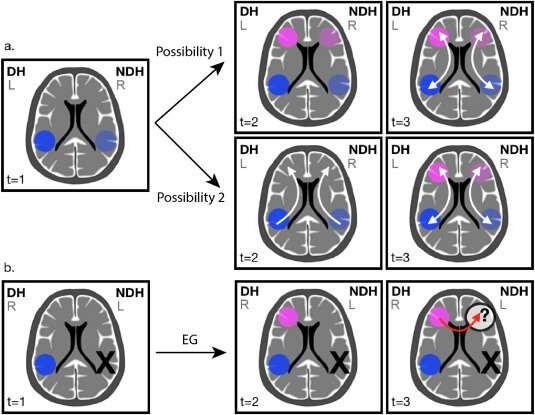 A team of researchers with members affiliated with MIT, Carnegie Mellon University, UCLA and Harvard University has found that a woman without a left temporal lobe developed a language network in the right side of her brain that allowed her to communicate normally. The group published their study of her brain in the journal Neuropsychologia.

In 2016, a woman in her fifties who has chosen to be known only as EG, contacted brain scientists at MIT regarding what she described as her “interesting brain.” She had no left temporal lobe. The team at MIT referred her to cognitive neuroscientist, Evelina Fedorenko at Harvard University who welcomed the opportunity to study such an “interesting brain.”

EG told Fedorenko and her team that she only came to realize she had an unusual brain by accident—her brain was scanned in 1987 for an unrelated reason. Prior to the scan she had no idea she was different. By all accounts she behaved normally and had even earned an advanced degree. She also excelled in languages—she speaks fluent Russian—which is all the more surprising considering the left temporal lobe is the part of the brain most often associated with language processing.