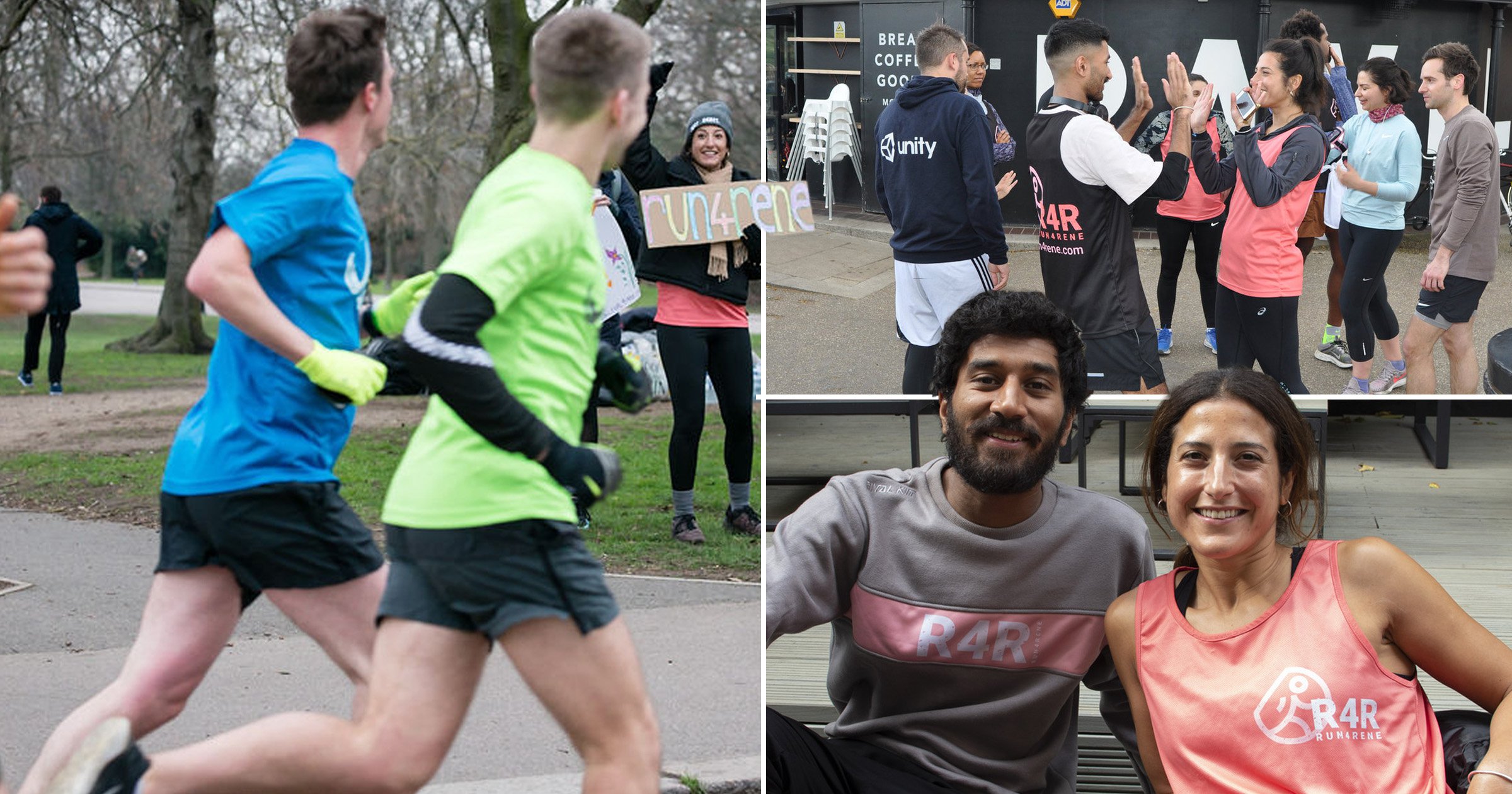 ‘He was my best friend, my favourite person in the world, and it was just a tremendous loss,’ says 35-year-old Stefanie Savri.

She lost her her younger brother, Rene, to suicide in 2017, when he was just 22 years old.

The pair were ‘incredibly close,’ Stefanie, from East London, tells Metro.co.uk, and – although suicide is still the biggest killer of men under 50 in the UK – her brother’s death took her completely by surprise.

‘It really seemed like he had everything going for him,’ she says. ‘But it just goes to show, mental illness can affect anybody.’

Feeling hopeless and out of control, Stefanie found herself compelled to go outdoors, even when simply mustering the energy to have a shower was considered a success.

‘It was a really dark period of my life,’ she says.

‘I felt like the rug had been completely swept out from under our feet.’

She continues: ‘I would go out for long walks at first, and then slowly, I started thinking that jogging might help.

‘I noticed that running was helping me to feel a little bit more in control, and it would help my anxiety to subside quite a lot, so that’s really where it started.’

She found that, over time, running would help her through the bad days and through moments of severe grief.

‘I get quite a good high, either while I’m running or immediately after I’m running, so it’s a really good tool to turn to if you’re having a difficult day,’ explains Stefanie.

‘Or sometimes you just wake up and you’re riddled with anxiety, or depressive thoughts or depressive feelings, and I find it’s really helpful for that.’

After a while, Stefanie had a lightbulb moment: if running was helping her navigate grief and anxiety, surely it could help others with their problems, too.

That’s when she set up Run4Rene, a running group where people could talk to each other about whatever they were dealing with.

She adds: ‘I went for a run around Victoria Park, and I was thinking, “this is so great, this is really helping me – wouldn’t it be great to be able to meet other people that are going through this journey as well?”

‘But, I didn’t feel that I had the confidence or fitness levels to join a traditional running group and, because I was in such an isolating time of my life, a big aspect of it was wanting to talk, be social and feel connected with the community.’

After running home and explaining her idea to her flatmate, Stefanie decided to hand out some flyers on her next run.

‘I basically would just run around the park giving out flyers,’ she says.

‘I think people really resonated with the story behind it, and it was pretty soon when we started to get a core group of people together who would come out regularly.’

What makes the group so great, says Stefanie, is that the whole message behind Run4Rene attracts kind people.

She continues: ‘It’s such a nice connection, I think, between all of us, to be running for something and trying to improve community well being – there was just naturally quite good vibes.’

Now, there are 11 Run4Rene groups globally, including eight in the UK across London, Kent and Surrey, and three overseas in Amsterdam, Chile and New York City.

‘That’s the beautiful thing about Run4Rene, anybody anywhere can start a group,’ says Stefanie. ‘We support new groups with funding for flyers, social media posts, running vests and other things, but ultimately, each different community does what’s right for them.’

But there is one rule, and it’s that nobody runs alone.

‘So, if you see somebody hanging back where they need to take a walking break, the rule is, that you hang back and run with them,’ explains Stefanie.

‘Because that’s the whole point – we’re not a traditional running group, where you’re going to go into a sprint and run 10K, and that’s where the conversations happen, whether it’s talking about what you got up to that week, or, as people develop trust in their group, talking about something deeper.’

Since 2017, all of the Run4Rene groups have raised around £100,000 for different mental health initiatives combined.

This year, for Mental Health Awareness Week 2022, Stefanie has launched the Whatever You Run4 campaign ahead of the Hackney Half Marathon.

Stefanie tells us: ‘The message with this campaign is to encourage people to run.

‘It’s really good for your mental health, and anybody can do it no matter their fitness level.

‘But also, the main point of the campaign is to encourage people to talk about their mental health.

‘It doesn’t have to be with us, it can be with a friend, a family member, your GP or with a stranger, it doesn’t matter.