Why do so few doctors warn that anaesthetic can send you psychotic?

Why do so few doctors warn patients that anaesthetic can send you psychotic? It’s worringly common in older patients – as former BBC journalist Richard Lindley knows to his terrifying cost

Feeling disorientated for a while after coming round from an operation is to be expected. But nothing could have prepared Richard Lindley for the psychosis he endured for months after routine eye surgery.

The former BBC Panorama and ITN journalist, 82, had been admitted to the Royal London Hospital in July for a minor procedure to correct a drooping eyelid.

But according to his wife, the broadcaster Carole Stone, he came out of the operating theatre a completely different man. 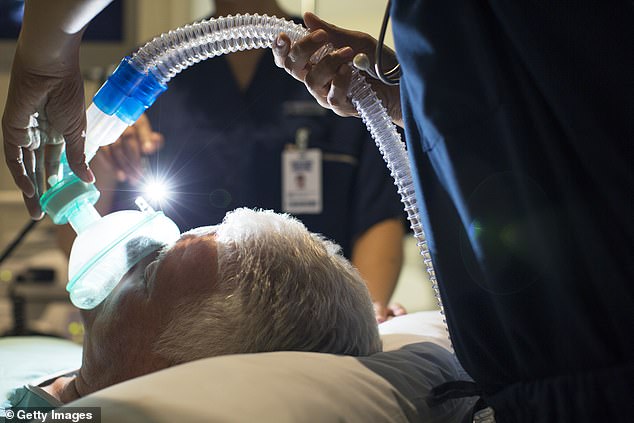 Richard Lindley, 82, had been admitted to the Royal London Hospital in July for a minor procedure to correct a drooping eyelid. But according to his wife, the broadcaster Carole Stone, he came out of the operating theatre a completely different man

‘He didn’t know who I was, where he was or what was going on,’ she says.

And Richard adds: ‘I didn’t recognise my home and I was having vivid hallucinations of water pouring down the stairs and men in spiked hats. It was terrifying – and no one seemed to have a clue why this was happening.’

By September, Richard was showing signs of acute paranoia.

Post-operative delirium is unpleasant and scary for everyone involved. But it is important not to panic.

The best way to avoid any unnecessary worry is for patients and, more importantly, their families or carers to be made aware of the risks before an operation so, if it does strike, they can recognise it early.

Once a patient is discharged from hospital, their long-term management falls to their GP team. So good communication between surgeons, doctors, nurses and other medical staff is vital. Everyone needs to be aware of factors that might impact on both immediate recovery and long-term health and wellbeing. In hospital, steps can be taken to prevent the onset of post-operative geriatric delirium, and patients will be closely monitored. If the condition develops later, when back at home, it is important to support patients by surrounding them with familiar things. The doctor and surgery team should also be made aware, in case follow-up treatment is needed.

Carole says: ‘I’d find him frozen in fear of a savage attack – he kept saying there were two Caroles, and argued that we should part as he was married to the “other Carole”. ’

Richard’s doctors seemed baffled, but when an MRI scan came back normal, a medical friend suggested it could be a shockingly common but little-known complication called post-operative delirium.

The condition is often marked by memory disturbances, confusion and hallucinations.

In 2014, the suicide of British jewellery designer Sandra d’Auriol, 53, who jumped from the roof of a Beverly Hills clinic after coming round from a facelift, was attributed to the phenomenon.

And in rare cases, the psychosis can become permanent. Symptoms tend to appear in the first days following an operation and can become more extreme in the evenings.

Post-operative delirium is thought to be triggered by a combination of the anaesthetic drugs given before and during an operation and drugs administered afterwards; pre-existing conditions such as dementia; medications already taken; and also how ‘stressful’ the operation is to the body. The risk – and severity – also increases with age.

Studies show that although only four per cent of over-80s who have cataract surgery might suffer from delirium, the risk rises to 36 per cent in the same age group after vascular surgery. This increased risk is believed to be related to what extent the body is disturbed by the trauma of the operation.

A study at the Johns Hopkins Hospital in the US found that post-operative delirium affected 39 per cent of older patients who’d had deep sedation and 34 per cent of those who’d had light sedation.

Anna Crossley, professional lead for acute, emergency and critical care at the Royal College of Nursing, says post-surgical infection can increase risk, as can depression and drug and alcohol abuse in younger patients.

Richard had been asked to stop taking his blood-pressure medication for two weeks before his operation, to try to reduce the risk of bleeding during the procedure.

Another trigger can be low oxygen levels after a procedure which might be caused by a pre-existing lung or heart conditions. It is also more likely to strike older people who already have some form of cognitive impairment. An increasing number of hospital trusts now screen older patients before operations to identify those who may suffer this complication.

Guidelines at Guy’s and St Thomas’ Hospital in London state that post-operative delirium is preventable in one third of cases, and can be shortened if medics take simple steps – studies show that seeing a partner or close relative quickly after coming round reduces the chances of delirium setting in.

At Guy’s and St Thomas’, doctors aim for anyone at risk to be assessed within hours of an operation for changes in behaviour such as disorganised thinking, illusions, paranoia and sleep disturbances.

Some patients with severe and prolonged symptoms may be given medication, but Richard has found that advice from his consultant psychiatrist to stick to a regular routine has led to improvements in his condition.

His doctors say there is a good chance he will return to his former self in time. ‘I’m very hopeful,’ says Carole, ‘but I just wish we had known about this at the time because it would have saved us a lot of worry.’

The study, involving more than 80,000 women, found the effect of caffeine to be particularly useful for reducing redness in those with the chronic skin condition rosacea, which affects one in five people. Study author Wen-Qing Li, an assistant professor of dermatology at Brown University, suggests the effect may be caused by caffeine’s impact on hormones such as adrenaline and cortisol, which regulate blood flow to the skin. 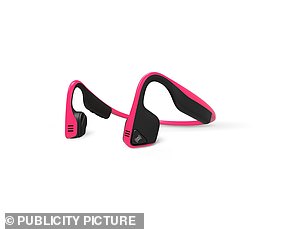 Wireless headphones that keep you aware of your surroundings outdoors as they don’t block the ears. Sound is transmitted via ‘bone conduction’ through the skull at the side of the head. £149.95, after shokz.co.uk

What’s the difference between analgesics and anti-inflammatories

An analgesic is a simple painkilling drug – such as paracetamol and aspirin – that works either by blocking pain signals to the brain, or interfering with the brain’s interpretation of these signals.

These are commonly used for headaches, toothache and residual pain after surgery. An anti-inflammatory is a specific type of analgesic, including ibuprofen and diclofenac, which eases pain by reducing the production of enzymes called prostaglandins which promote inflammation, pain and fever.

Anti-inflammatories are commonly used to treat joint pain associated with arthritis, as well as period pain and muscle strains.

Fatty liver: The sweetener known to cause scarring of the liver – ‘as damaging as alcohol’
Medications