What to know about the Sinopharm COVID-19 vaccine's side effects 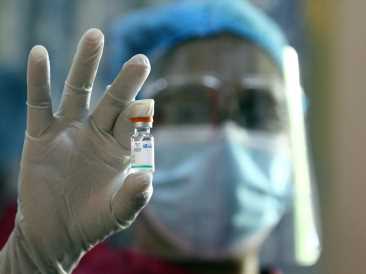 The Sinopharm COVID-19 vaccine, BBIBP-CorV, which the Beijing Bio-Institute of Biological Products (BBIBP) developed, is the first Chinese COVID-19 vaccine that the World Health Organization (WHO) has authorized for emergency use. This Snapshot feature discusses some of the common side effects that have occurred in clinical trials and the controversies surrounding the safety of the vaccine. 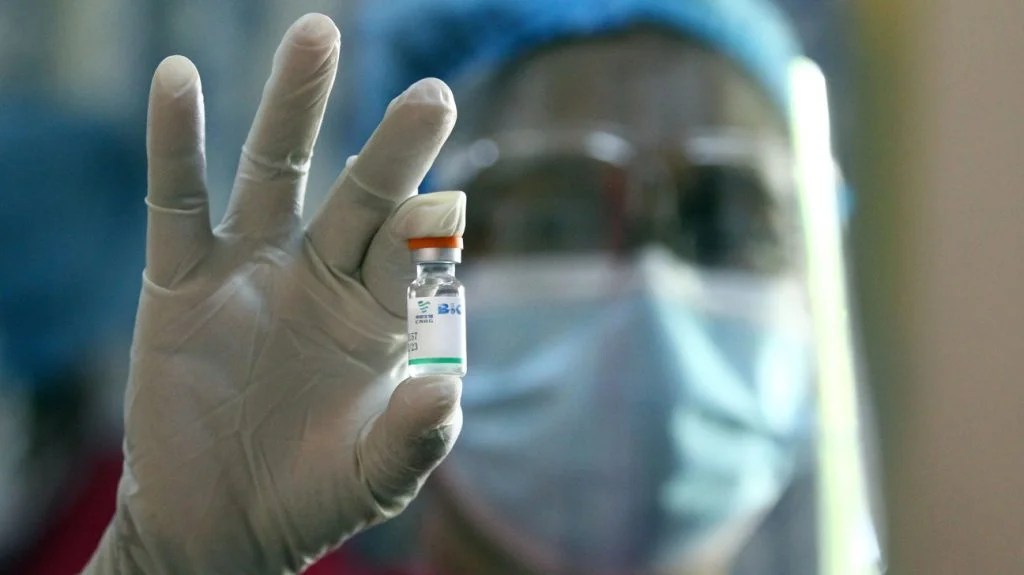 The BBIBP in China has developed the Sinopharm COVID-19 vaccine BBIBP-CorV. Of the COVID-19 vaccines that Chinese companies have produced, BBIBP-CorV is the first one that the WHO has for use against the SARS-CoV-2 virus.

The WHO issued its emergency use listing for the Sinopharm vaccine on May 7, 2021, some 4 months after China’s National Medical Products Administration authorized it on December 31, 2020. A further 42 countries, including Hungary, Venezuela, and Sri Lanka, have approved the vaccine. However, the European Medicines Agency (EMA) has not yet reviewed it for use in the European Union.

Sinopharm and the BBIBP opted to use a well-established technology to develop their COVID-19 vaccine. The two-dose vaccine incorporates inactivated virus to stimulate an immune response.

The Sinopharm vaccine contains SARS-CoV-2 that has undergone treatment with a chemical called beta-propiolactone. This chemical binds to the virus’s genetic material and stops it from replicating and causing COVID-19. The vaccine also contains an adjuvant in the form of aluminum hydroxide. Adjuvants help strengthen the body’s immune response to vaccines.

When an individual receives the vaccine, their body’s immune system identifies the inactivated virus as foreign and makes antibodies against it. If the vaccinated person subsequently comes into contact with SARS-CoV-2, their immune system launches an immune response against it.

The WHO recommends the Sinopharm vaccine for people aged 18 years and older, with a gap of 3–4 weeks between the two doses. The global health agency estimates overall vaccine efficacy to be about 78%, although it notes that trial data are lacking for adults over the age of 60 years.

Published data to support Sinopharm’s BBIBP-CorV vaccine are lacking. Data from a small phase 1/2 trial that involved about 600 volunteers appeared in in October 2020. The authors of the paper reported that the vaccine was safe and well-tolerated by trial participants.

The most commonly reported side effects in this trial were fever and pain at the injection site.

The WHO reviewed safety data from three clinical trials, which included data for 16,671 participants who received the Sinopharm vaccine. Most of these data relate to men aged 18–59 years.

Based on these data, the most common side effects were:

These side effects are similar to those of other authorized vaccines against COVID-19, and most were mild to moderate.

The WHO identified two serious adverse events that were possibly linked to the vaccine — serious nausea and a rare neurological disorder known as acute disseminated encephalomyelitis. There was also one diagnosis of thrombus (blood clot) in the vaccine group.

The WHO also considered post-authorization data in the form of safety data gathered during China’s rollout of the vaccine. Among the 5.9 million people who had received the vaccine in China by December 30, 2020, there were 1,453 reported adverse events.

These side effects included local reactions of redness and swelling at the vaccination site. There were also 202 cases of fever, including 86 classed as severe. Although there were 11 reported cases of facial nerve symptoms, assessors concluded that these were unrelated to the vaccine.

Safety data from 1.1 million Sinopharm vaccine doses that older adults — aged 65 years and over — received in China list the most common side effects as dizziness, headaches, fatigue, nausea, fever, vomiting, and allergic dermatitis. There were no reported serious adverse events for this age group. However, the WHO highlights a gap in BBIBP-CorV’s evidence base for older adults.

There is still some controversy surrounding the vaccine, which a lack of detailed safety and efficacy data and the early rollout of the vaccine have fueled.

A January 2021 news article reported that Shanghai-based vaccine expert Tao Lina had uploaded a digital version of the vaccine’s manual to the web.

Taiwan News reported that censors took Tao’s post down in early January and that 2 days later, Tao retracted his criticism, saying that it was a joke.

Some individuals have also aired concerns over the vaccine’s efficacy. In April 2021, a Chinese official called Gao Fu said that the country’s COVID-19 vaccines “do not achieve very high protection rates.” Gao, head of the Chinese Center for Disease Control and Prevention, later claimed that people had misinterpreted his comments.

The world’s major drug regulators (the EMA, the Food and Drug Administration (FDA), and the United Kingdom’s Medicines and Healthcare products Regulatory Agency) have not reviewed Sinopharm’s BBIBP-CorV vaccine. However, WHO validation, through its emergency use listing, will provide reassurance to countries seeking to supplement their vaccine rollout efforts.

Dr. Mariângela Simão, the WHO assistant-director general for access to health products, said that the addition of the vaccine had “the potential to rapidly accelerate COVID-19 vaccine access for countries seeking to protect health workers and populations at risk.”

WHO director-general Dr. Tedros Adhanom Ghebreyesus noted that the WHO’s validation would give countries “confidence to expedite their own regulatory approval.”