What to Know About the Landmark Opioid Trial Starting Monday 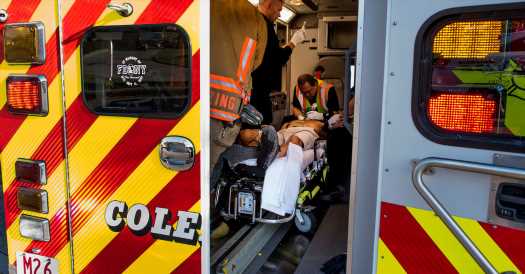 CLEVELAND — Two decades after the onset of an opioid epidemic that led to the deaths of 400,000 Americans, the first landmark federal opioid trial is set to begin Monday, after furious, last-minute settlement talks between two powerful groups of plaintiffs and five drug industry defendants faltered.

The weekend impasse highlighted the tensions over money, control and optics between the states that, through their attorneys general, filed opioid lawsuits in state courts and the counties, cities and tribes nationwide whose thousands of cases are assembled before a federal judge in Cleveland.

This jury trial, brought by two Ohio counties, is the local governments’ turn to show their hand and throw down their best evidence, witnesses and lawyers. It’s considered a litmus trial, in which the plaintiffs want to tell a national story so stark, and land a verdict so whopping, that these pharmaceutical defendants and others will settle.

But if the posture taken during 10 hours of talks on Friday in courthouse caucus rooms filled with their chief executives is any indication, the companies believe they have a viable defense.

The defendants include three major drug distributors, McKesson, Cardinal Health and AmerisourceBergen; Walgreens; and Teva, an Israeli drug manufacturer. Five drug makers, including Purdue Pharma and Johnson & Johnson, already settled with the two counties, as did a small distributor over the weekend.

Monday is the day that the judge, Dan A. Polster of the Northern District of Ohio, said he wished would never come. Most opioid cases nationwide were transferred to Judge Polster by a judicial panel. When he first addressed lawyers for what was then several hundred lawsuits — now more than 2,300 — he said he wanted to avoid protracted wrangling and settle within a year, to get emergency relief to hurting communities.

That was nearly two years ago.

Hundreds of depositions and many millions of discovery documents later, the national federal opioid litigation is being called the most complex in American legal history.

Here is a guide to issues in the trial, which, if the cases are not settled, could last about two months.

Why the Ohio counties first?

Efficiency. Judge Polster’s court is in Cleveland, the seat for Cuyahoga County, one of two counties suing. (The other is Summit, which includes Akron.) In 2017, Ohio had the second-highest rate of opioid-related overdose deaths in the country. Because of his familiarity with the issues, Judge Polster will oversee these cases, combined into one trial.

Prescriptions for opioids are dropping. Isn’t the problem easing?

Not if you ask Laura Beal, a nurse practitioner at MetroHealth Medical Center in a battered neighborhood on Cleveland’s west side. The area right around the county hospital has the highest overdose rate in the city; in 18 months, the MetroHealth police intervened in 46 overdoses just on the health system’s properties.

On Saturday, as settlement negotiations continued, Ms. Beal was at the hospital’s Office of Opioid Safety. There, she identifies patients in the emergency department who might be willing to detox and try rehab, including taking Suboxone, the maintenance medication she can prescribe before they leave the hospital. MetroHealth contracts with a peer-support team that will transport patients directly to treatment, and follow up after discharge. That team may see up to 70 new patients in the hospital weekly and regularly visits the troubled county jail.

Ms. Beal estimates that two-thirds of her heroin-addicted patients began their descent with prescription opioids. Her office educates doctors about tapering pain patients off opioids, and she gives patients who leave with an opioid prescription a treated bag that dissolves leftover pills.

After overdose patients recover, Ms. Beal supplies them with Narcan, the overdose reversal drug, to carry with them and a test strip for fentanyl so they can at least make sure their street drugs are free of the deadly substance.

One of the most significant changes she has seen doing this work?

A four-milligram dose of Narcan can reverse an overdose, Ms. Beal said, “but on some patients now, we have to use 20 milligrams.”

The drug manufacturers have largely settled. Who is left?

The defendants with the deepest pockets are drug distributors. McKesson and AmerisourceBergen are on Fortune’s Top 10 list of companies; Cardinal Health is 16th. The pharmacy chain Walgreens is accused of lapses in its distribution of opioids.

The only manufacturer is Teva.

Last year, these five companies had combined total revenues of more than half a trillion dollars.

What will the plaintiffs try to prove?

Seeking $8 billion, the plaintiffs claim the distributors conspired to flout the federal law that requires them to monitor sales and report outliers. They say they will argue that the distributors lobbied members of Congress for favorable legislation and not only cast a blind eye on supersize orders but rewarded sales teams that brought them in.

They also intend to show the devastation that unfolded from the yearslong pill dump: how addiction ate into every sector of county life, crippling budgets for law enforcement, foster care and first-responder squads. Expect testimony from addiction medicine specialists as well as testimony from people who have struggled with opioids.

What will the defendants argue?

Causation is a critical question. The distributors are expected to say they were simply delivering medication made by the drug manufacturers, approved by the government and prescribed by doctors. Their defense may include a recent report from a federal watchdog that accuses the Drug Enforcement Administration of lax oversight of opioids.

The defense also intends to describe a shifting medical culture: In the late ’90s, when OxyContin first appeared, prescribers were urged to focus on undertreated pain with new, supposedly nonaddictive drugs. The prescribing of opioids changed — from using them for end-stage cancer to making them the go-to drug for acute and chronic pain.

For the plaintiffs: Mark Lanier, long recognized as one of the country’s best tort trial lawyers. With his native Texas drawl, the boyish energy of a man who built and runs a train on his 40-acre estate, and a preacher’s conviction, Mr. Lanier has exacted giant-killer jury verdicts from Johnson & Johnson and Merck. On Sunday, Mr. Lanier turned 59 and, as he usually does when working out of town, flew back to Houston on his private plane to deliver his Sunday Bible study lecture, typically attended by hundreds. His firm has just taken on Juul, on behalf of a New Jersey teenager.

If anyone can make the tangled-vine narratives of the opioid crisis accessible, Mr. Lanier, a master storyteller, may be the one. He is nimble and canny, and has used courtroom props like brightly colored Ping-Pong balls and water balloons to illustrate complex science. He studies jurors’ questionnaire responses, learning their favorite television shows, and has presented summations with titles like “Desperate Executives” and “C.S.I.: Angleton (Tx).”

Mr. Lanier is also a popular lecturer in legal academia. Among his YouTube instructional videos: “What Makes a Great Trial Judge.”

For the defense: Many lawyers, featuring luminaries with deep experience defending Big Pharma against full-bore attacks. Of particular interest is Enu Mainigi of Williams and Connolly, who represents Cardinal Health, the drug distributor, and is one of the few women among the defense’s lead trial lawyers.

Ms. Mainigi, who immigrated to the United States from India when she was 5 and was elected student president at Harvard Law School, is known as a savvy strategist with a jury-friendly presence.

She largely prevailed recently for CVS Health, turning aside accusations of Medicaid fraud in Texas. After the trial, she took some female jurors out to lunch for a debriefing. Gradually, the talk comfortably turned to the Sisyphean challenges of hair maintenance in the Austin summer humidity.

Ms. Mainigi, 49, is also a longtime behind-the-scenes Republican adviser. Fresh out of law school, she became head of policy issues and research for Bob Dole’s 1996 presidential campaign and represented Rick Scott, the senator from Florida, when he was a health care executive whose company paid a $1.7 billion fine for health care fraud. Ms. Mainigi facilitated Mr. Scott’s resignation, and when he was later elected governor, she led his transition team.

Judge Polster, a Cleveland native who has been on the federal bench since 1998, is presiding over a trial he tried to avert. So did others.

The attorney general of Ohio fought to block it.

The defense sought to disqualify him, accusing him of bias because he had mused publicly about settling the case. Appellate judges did urge Judge Polster to be more circumspect but sided with him, noting that settlement is a traditional judicial goal.

“Publicly acknowledging this human toll does not suggest I am biased,” he wrote. “It shows that I am human.”