What Are Nootropics & Should You Be Using Them? 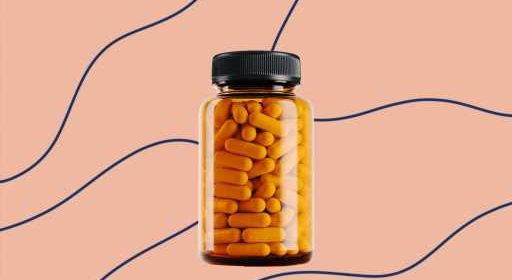 If you’ve heard the major buzz on “smart drugs” — or nootropics — in the health and fitness supplement world, you probably already know about their rumored positive benefits and might’ve considered giving them a try while trying to keep focused working from home or reentering the world. 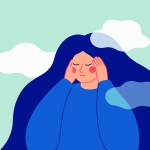 Yes, Brain Fog Is Real — Here's How to Deal With It

What are nootropics and what do they actually do?

Nootropics are said to increase memory, focus and even motivation while reducing the effects of aging. All of this is accomplished with chemicals that help increase blood circulation in the brain.

Nootropics have been found to have certain long-term cognitive benefits, such as increased memory function and focus. They include chemicals that are both naturally occurring, like ginkgo and ginseng, and manmade, like lab-produced piracetam. While both the naturally occurring and manmade nootropics seem to increase blood flow, piracetam specifically has been shown to improve memory function in Alzheimer’s patients.

Regardless of their immediate impacts, the supplements are said to protect neural pathways from signs of aging — meaning it keeps the brain young by continually supplying it with blood and oxygen — and perhaps even Alzheimer’s disease. This is because nootropics protect the dopaminergic pathway — the very same pathway affected by many degenerative brain diseases.

What do experts say about nootropics and their benefits?

Sydney Johnson, an ICF certified health coach who specializes in women’s hormonal health, explained how these supplements can be helpful, as well as why she thinks they’ve become so trendy recently. “We are seeing fitness influencers on Instagram not only taking supplements like collagen to help with physical appearance, but now taking nootropics to improve their mental cognition. The introduction of these supplements has allowed people to consider how increased cognitive functioning could help them in their academic and professional pursuits.”

According to the National Library of Medicine, another way that nootropics may be able to improve cognitive function is through their ability to decrease inflammation. This is great for blood flow, but could also alleviate feelings of heaviness. While they are helpful for everyone, Johnson thinks that they could prove especially important for women during monthly hormonal shifts that can lead to feelings fogginess and increased forgetfulness.

“While nearly everyone could benefit from increased mental clarity, the time of the month can pose some increased mental stress as our hormones fluctuate, so a nootropic could help alleviate unnecessary stress,” explained Johnson. “Nootropics are vasodilators, which means that they dilate small blood vessels in the brain to increase blood flow and deliver more oxygen — and more oxygen means better function.”

In addition to being more mentally clear, Johnson names another potential benefit of increased blood flow: creativity. “Some people report a heightened sense of creativity while taking nootropics consistently,” said Johnson. “This could help us compete in a growingly more creative and competitive society.”

When and how should you take nootropics?

While nootropics are safe to take every day, some people prioritize them for days, or specific times of day, when they need an extra brain boost. So, maybe consider taking it when you hit an afternoon slump, or if you have an important meeting or test.

Most nootropics are fat soluble as well, meaning they’re best when taken with food.

If you’re looking to try out a nootropic or introduce a new vitamin or supplement into your routine, have a conversation with your healthcare provider to ensure it works with your lifestyle and any other medications you might be taking.

A version of this story was published April 2019.

Before you go, check out these workout recovery essentials to soothe your tired body: