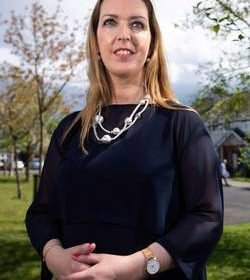 Health advocate Vicky Phelan has pleaded with women to continue to go for smear tests after it was revealed that women are facing long delays for follow-up treatments after abnormalities are detected.

The Irish Independent revealed this morning that women who are waiting months for the results of cervical screening and are found to have high-grade abnormalities are facing another delay of up to six weeks for further investigation. The delays experienced in colposcopy clinics – where women with an abnormal smear test result are referred for examination – are causing further concern as CervicalCheck struggles to cope with a backlog of 82,000 tests.

The delay of up to six weeks was revealed to the CervicalCheck steering group made up of patient representatives, doctors and health officials set up following the damning Scally report on the service.

It means a woman who goes for cervical screening can face a potential delay of six months before getting the test result back. And if she needs more investigation the wait can be up to six weeks before for a colposcopy which may indicate potential signs of cervical cancer.

This morning, Vicky Phelan took to Twitter to urge women to continue going for their smear tests.

“Please, please continue going for smears and bear with the screening programme. We will get there and we will have a programme that we can trust and one which will be on a par with the best in the world. That is what Stephen, Lorraine and myself and many others in the HSE are striving for,” Ms Phelan wrote on Twitter.

Yesterday, the HSE was unable to confirm what kind of triage system is in place or what the waiting time is for women with low-grade abnormalities who are also sent forward for a colposcopy.

It follows revelations that 6,000 women will be contacted at the end of next week and asked to come back for retesting.

The women’s tests were sent to Quest laboratories in New Jersey between 2015 and 2018. A standard test found they had low-grade abnormalities and a second HPV virus test was carried out in the lab. But the HPV tests were done outside the recommended timescale.

The HSE said the issue poses little clinical risk and the recall is precautionary.

A letter sent yesterday to GPs from Frances McNamara, head of screening at the National Screening Service, said the evidence showed these tests are “likely to remain effective outside of the manufacturer’s recommended timeframe”.

It said that “as a precautionary measure, around 6,000 women will be asked to attend their GP for a repeat smear test”.

“We expect to issue letters to women affected, and their GPs, by late next week,” the correspondence said.

The HSE had indicated that action is being taken to investigate the issue.

Meanwhile, Labour Party spokesman on health Alan Kelly said yesterday there still needs to be clarity on whether there is any prioritisation of at-risk women when it comes to smear testing.

He said that in early November the Public Accounts Committee was told the labs carrying out smear test analysis could not distinguish between women getting smear tests regularly under medical advice and women who get routine smears every three years.

“Waiting for any test result to come back can be anxiety-inducing but if you are a woman who knows she is at risk and is waiting over five months for results, it can be extremely worrying,” he said.

The 221+ CervicalCheck Patient Support Group said the backlog of tests which have built up as a direct outcome of concerns about CervicalCheck must be tackled.

“The capacity must be found as a matter of urgency to clear the present delays,” it said in a statement.

The group also called for the recommendations of the Scally report on CervicalCheck to be implemented in a specific timeframe.