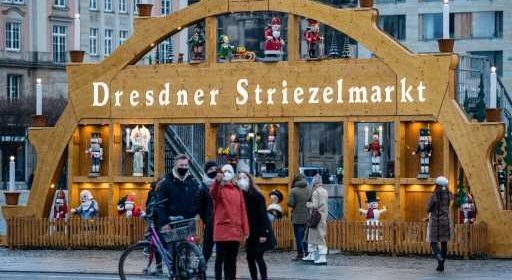 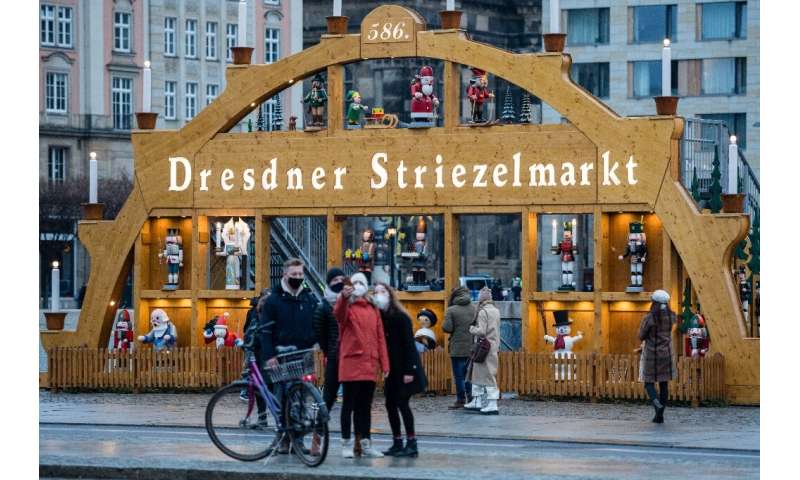 The Pfizer-BioNTech COVID-19 vaccine was to begin leaving the company’s Michigan factory on Sunday, ready to be injected into the arms of millions of the most vulnerable Americans as the global death toll topped 1.6 million.

Doses will be shipped out in boxes containing dry ice that are capable of staying at -70 degrees Celsius (-94 degrees Fahrenheit), the frigid temperature needed to preserve the drug.

General Gus Perna, who is overseeing the massive logistical operation as part of the government’s Operation Warp Speed, likened the moment to D-Day, a turning point of World War II.

“I am absolutely 100 percent confident that we are going to distribute safely, this precious commodity, this vaccine, needed to defeat the enemy COVID,” he told reporters.

The imminent start of the mass vaccination campaign in the world’s hardest-hit country came as Germany announced a partial lockdown from Wednesday with non-essential shops and schools to close in a bid to halt an “exponential growth” in coronavirus infections.

The restrictions will apply until January 10, with companies also urged to allow employees to work from home or offer extended company holidays, under the new measures agreed by Chancellor Angela Merkel with regional leaders of Germany’s 16 states on Sunday. 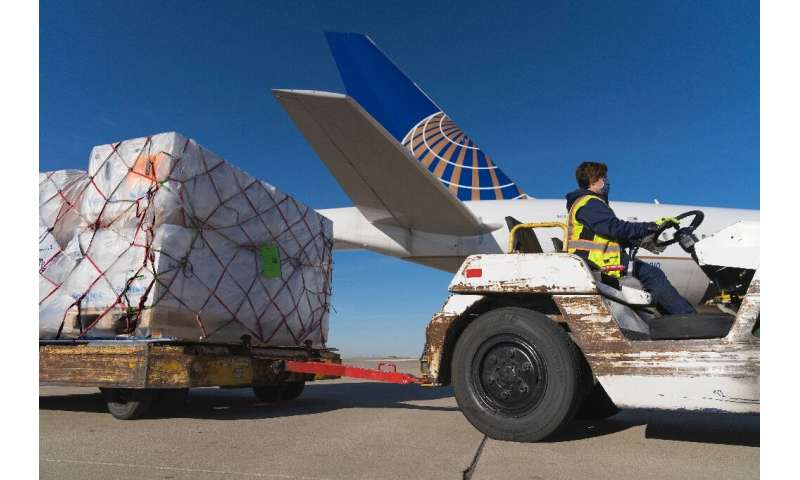 “I am worried about the two weeks of Christmas holidays. We are up against a dramatic pandemic which is ongoing—the battle still has not been won,” Italian Health Minister Roberto Speranza warned as the country recorded 64,036 deaths, surpassing Britain’s 64,026.

Regional affairs minister Francesco Boccia said that unless people adopted a careful approach, “the risk of a third wave is almost certain.”

As fatalities worldwide passed 1.6 million, infections in the United States were soaring, with 1.1 million new cases confirmed in the past five days and the death toll nearing 300,000. 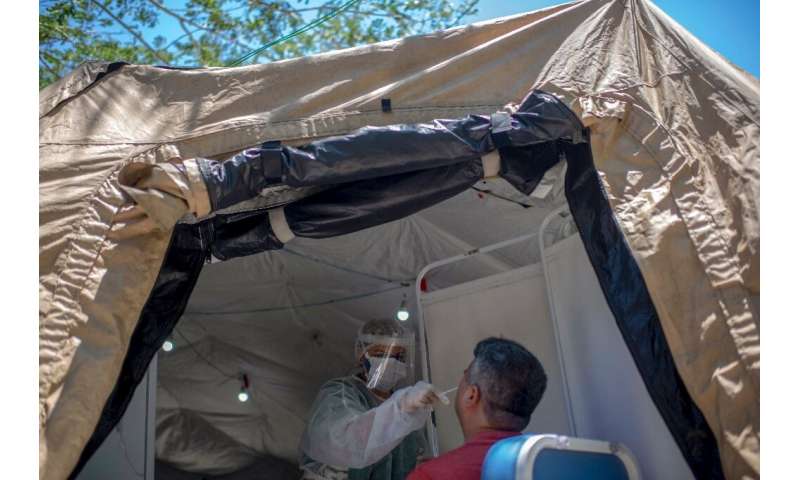 Over the past two weeks, the US has repeatedly exceeded 2,000 COVID-related deaths per day, rivaling tolls from the early days of the pandemic.

Perna said hundreds of sites, including hospitals and other distribution centers, would receive the vaccines from Monday to Wednesday, which would cover the first wave of about three million people to be vaccinated.

Federal health authorities have recommended that healthcare workers and nursing home residents be at the front of the line, but the final decisions have been left to states.

The US is seeking to inoculate 20 million people this month alone.

Elsewhere, South Korea on Sunday reported 1,030 new coronavirus cases, a record high for a second day in a row as the country struggled to tackle a third wave of infections.

Seoul had previously been held up as a model of how to combat the pandemic, but the resurgence prompted President Moon Jae-in to apologize for the failure to contain the virus. 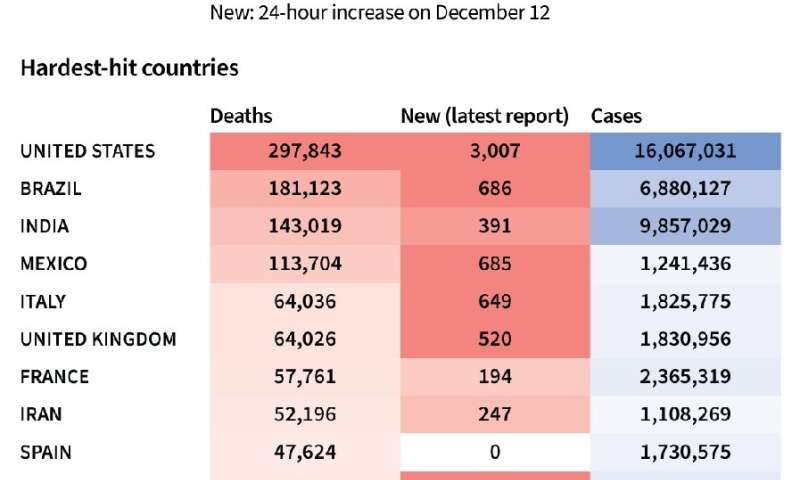 The US became the sixth country to green-light the Pfizer vaccine on Friday night, after Britain, Bahrain, Canada, Saudi Arabia and Mexico.

It was a triumphant moment for the American giant and its German partner BioNTech, who began work on their product, based on experimental mRNA (messenger ribonucleic acid) technology, just 11 months ago.

The vaccine has been shown in a clinical trial of 44,000 people to be 95 percent effective, and no serious safety concerns have been identified.

But after two healthcare workers in Britain suffered severe allergic reactions, the US regulator has advised people who have known allergies to the vaccine’s ingredients to avoid getting it.

Food and Drug Administration scientist Peter Marks voiced support for Pfizer’s plan to allow people involved in the clinical trial to find out whether they had received the vaccine or placebo. 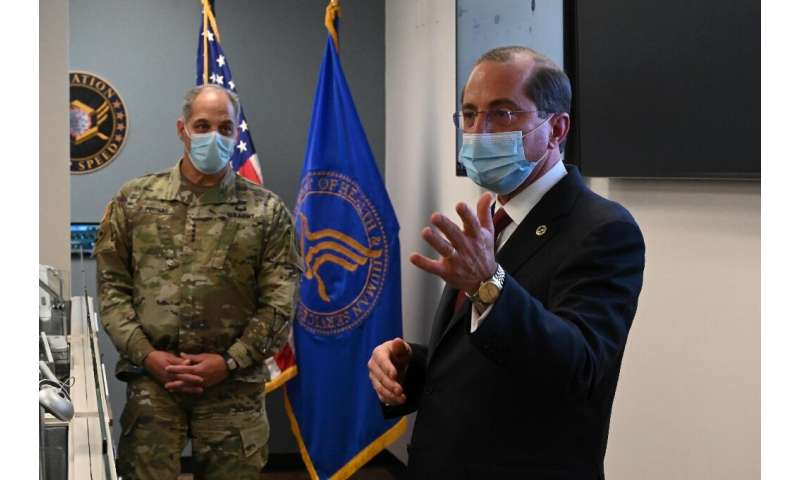 Under this proposal, if they received the placebo, they can request the vaccine when their demographic group’s turn comes up.

Some scientists have opposed this plan because if trial participants become “unblinded” and find out what they received, they may change their behavior and this would corrupt trial data.