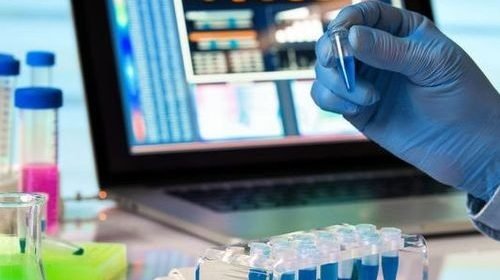 Russian scientists have developed a set of reagents that allows to determine individual genetic risk of ischemic stroke. The test for determining predisposition to stroke has been tested in several research centers, on the basis of the received results was developed an original method of calculating an individual’s genetic risks and obtained a patent.

On 29 October in many countries around the world celebrated world day against stroke, which the world health organization declared a global epidemic.

Stroke, acute violation of cerebral circulation, causing rapid development of focal and/or cerebral neurological symptoms. There are two main types of stroke are ischemic (cerebral infarction) and hemorrhagic (intracerebral hemorrhage). According to who, the disease kills more than 6.2 million human lives per year, and more than 50 million survivors of stroke live with some form of disability.

InRussia annually more than half a million strokes, and mortality in our country one of the highest in the world (127 per 100 thousand people per year).

Stroke is multifactorial disease According to the who classification,risk factors include modifiable factors (unhealthy lifestyle-related diseases), the number of cardiovascular and endocrine diseases and non-modifiable factors (heredity, age, gender). The stroke is rapidly getting younger, affecting people of 35-40 years. Scientists believe that the young strokes are connected not only with the unhealthy lifestyle one of the main risk factors is a genetic predisposition. According to various sources, up to 40% of cases can be genetically determined. Therefore one of the tasks for prevention of stroke today is the identification of risk groups with genetic predisposition to the disease on asimptoticheskom stage.

The last 10 years all over the world conducted a serious study of the hereditary component of the stroke, namely the genetic factors that determine the risk of its development. Article German and American scholars about research FOXF2 gene, mutations of which, according to the authors, can directly influence the risk of stroke, were published in 2016 in the journal Lancet Neurology. Previously, scientists have found that the probability of occurrence of the disease is associated with genes whose products are involved in atherogenesis, and genes that affect the process of blood clotting.

Stroke is a multifactorial disease associated with the functioning of the various systems of the body, originally set by heredity, says a research group developing new methods of identifying genetic polymorphisms TSNII of epidemiology of Rospotrebnadzor Vitaly Korchagin. And the more tests we conduct, the greater the contribution of genetic factors to early stroke we see. If a person knows about their genetic predisposition to stroke, leads a healthy lifestyle, monitoring the health and controlling the risk factors, the probability of developing the disease decreases, says Korchagin.

Based on global research, research staff Central research Institute of epidemiology of Rospotrebnadzor has developed a set of reagents that allows to determine individual genetic risk of ischemic stroke. The test was tested in several research centers, on the basis of the received results was developed an original method of calculating an individual’s genetic risks and obtained a patent. Currently, a test to determine genetic predisposition to stroke, is in the process of registration in Roszdravnadzor, we are confident that its introduction into clinical practice will make a big step in personalized prevention of ischemic stroke, says Korchagin.