The rise of the dashboard 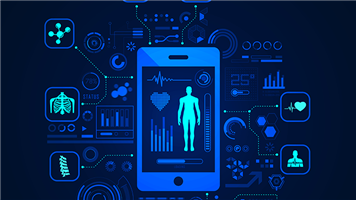 The COVID-19 pandemic has put the use of healthcare dashboards under the global spotlight. Each day, the global cases and deaths dashboard created by the Center for Systems Science and Engineering at the US’ John Hopkins University, receives around 1.2 billion requests. Created by Professor Lauren Gardner and her graduate student, Ensheng Dong, the public-facing tool aggregates data from multiple credible sources to track the spread of the virus in near real-time.

Within healthcare, dashboards have also been utilised for tracking resources during the pandemic. Henning Schneider, CIO of the German hospital chain Asklepios oversaw the creation of a dashboard covering the group’s 65 hospitals, which provides an overview of available hospital beds and ventilators, as well as the number of patients in intensive care units (ICU) or who need ventilation or cardiac support.

To help define what visualisations would be included, a crisis team of specialised intensive care doctors was formed. With this input IT staff were able to swiftly create the dashboard, based on a business data warehouse with standardised customisations they had already set up for reporting on financial overviews and key indicators such as patient admissions, services and staffing.

“The pandemic gave us a push and proved that the technology we’re using is able to connect the different hospital information systems,” Schneider tells HIMSS Insights.

One hurdle was persuading each of the hospitals to define beds in the same way in order to define a central process for the clinical information system. In the past, staff had preferred to rely on local systems, but the emergency situation made them more willing to cooperate.

“Suddenly there was something more important,” says Schneider. “This is the biggest thing that has changed – understanding that if staff do the right thing in the local system it will be transferred in the right way to the central system and can be used as a data source.”

The dashboard has been successful in providing early indicators for when hospital occupation rates are becoming too high and Asklepios plans to use dashboards in the future to replace spreadsheets for quality indicators such as hygienic protocols, infections and death rates.

However staff are not always so enthusiastic about such dashboards. Santa Clara County in the US has created a publicly available tool with visualisations including acute hospital bed availability, ventilator availability, total number of cases, and deaths form the virus.

But Mark Brown, chief nursing officer at the state’s Good Samaritan Hospital says the tool would need “more work” before being useful for health institutions.

“It’s useful for the public, but not so much for the hospitals, as the data is only as good as who is submitting with no independent verification,” he explains.

Although Brown concedes the dashboard is a “nice first step to gather all the data in one warehouse,” he adds that some hospitals may over or under report statistics and the data gathering has been “an onerous task” for staff.

“I can pull a report out from our electronic medical records, but then we also do a physical walk and count to re-verify that information is accurate,” he explains.

Wolfgang Jentner, chair for data analysis and visualisations at the University of Konstanz, is part of a team of 25 PhD students which created Germany’s CoronaVis data map.

The publicly available resource uses a traffic light system to show availability of ICU beds and ventilators at 1,321 reported facilities nationwide, with data provided by the German Association of Critical Care and Emergency Medicine (DIVI).

The data map is typically viewed around 500-700 times a day, but Jentner points out there is information that could make the model more accurate, which has not been provided for political or financial reasons. Although the German DIVI Intensive Register Regulation brought in during the pandemic obligates hospitals to reveal if they have beds free, he says they are not keen to reveal the exact numbers.

“Hospitals can lose money by keeping beds free, so they’re not interested in a computer which means that competitor hospitals will take their patients because they’re nearly full,” he explains.

As well as political issues, human bias has to be taken into account when creating visualisations. “Every one of us is biased and if you have a very strong opinion you will try to use statistics or visualisations to prove you’re right,” says Jentner.

The brain can easily be manipulated by the use of certain images and patterns, such as flashing lights or red. Although from a purely scientific view, green and red are not the best colours because they are difficult for people with colour blindness to detect, it was important that CoronaVis could be quickly interpreted.

“We wanted our tool to be immediately understandable because in a crisis the doctors don’t have a week to learn it. We needed to reduce the probability that it can be misinterpreted.”

Jentner is now working with a ventilator manufacturer to create a proof of concept on whether data can be extracted directly from medical devices.

“This visualisation could be used for any crisis in the world. If a lot of people need to be hospitalised, we think we can extend our tool not only to ICU beds, but to other things that show a hospital’s capacity.”

However, dashboards are not suitable for all projects. If a project is too general it can become overly complicated, whereas if there is not enough data it will not be possible to capture randomness.

“There are certain pre-conditions for machine learning. The data has to have a certain quality and standardisation,” Jentner explains. “Some companies have a lot of data but don’t have specific problems. If you get data with no direct goal, the machine can find a lot of spurious correlations which actually have nothing to do with each other.”

Aside from COVID-19, Jentner has worked on several EU-funded schemes including Primage, an ongoing project in medical imaging, artificial intelligence (AI), which aims to support decision making in the clinical management of childhood cancers Neuroblastoma (NB) and Diffuse Intrinsic Pontine Glioma (DIPG).

“It’s not easy to use the standard AI approach, because fortunately there are not many cases of these types of cancer. We work very closely with end users like doctors, medical imaging people and radiologists to learn what’s important and try to make an optimal visualization dashboard for them,” he says.

Although computers are good at processing large amounts of information and making predictions, human input is needed to detect patterns and consider context-based information.

“What we’re trying to do is build tools that work together with humans to help them make the right decisions. A lot of people think AI can save the world or their company but that’s not true.”

To this end, Jentner believes that more education is needed about statistics and programming.

“With the internet and social media we have an information overflow. It’s difficult to distinguish whether a source of information is real or not. People try to lie with charts and because the public  can’t understand this they can easily be manipulated.”

Ultimately dashboards can offer an insight into statistics, but it is still the human interpretation that makes them truly effective.

This article was first published in the latest edition of HIMSS Insights, COVID-19 and Beyond. Healthcare IT News and HIMSS Insights are HIMSS Media publications.

More can be learned from the German experience during the opening keynote (7 Sept) at the HIMSS & Health 2.0 Europe Digital event – ‘Leveraging Digital Health to Predict, Prevent and Manage Future Health Crises’ where Gottfried Ludewig, Director General, Digitalisation and Innovation, German Federal Ministry of Health, will be sharing his knowledge.