The rise of ADHD coaching

Natalie Panzarino was in her 40s when she was diagnosed with attention deficit hyperactivity disorder, or ADHD.

While researching and seeking a diagnosis for her eldest son, the Sydney-based mother of three began to think, “Wow, this really describes me in a lot of ways.” 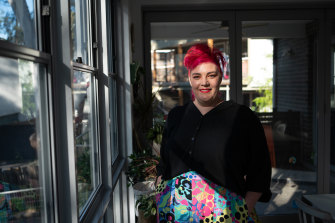 ADHD has its upsides for Natalie Panzarino. Credit:Flavio Brancaleone/

Clues indicating she had the neurodevelopmental condition were overlooked when she was younger, she says: “At the time it wasn’t something that was diagnosed in girls. It was a boy problem.”

She adds: “My school reports from when I was a kid all say ‘Natalie’s very smart, but she needs to apply herself’. Or ‘if Natalie spent less time chatting in class, she might achieve higher results’. I was the kid who nobody wanted to sit next to at the table because I constantly jiggled my leg.”

ADHD affects executive functioning, which controls awareness, organisation and memory, but while much of the discourse focuses on the condition’s deficits, Panzarino prefers to focus on the strengths it offers.

“I was the kid who nobody wanted to sit next to at the table because I constantly jiggled my leg.”

A new way of treating ADHD

Jodi Green trained as an ADHD coach through a US-based course after her eight-year-old daughter was diagnosed with inattentive ADHD.

She quickly realised that “there was not a lot of support around for parents of kids with ADHD” and decided to train as an ADHD coach.

Green, who runs a practice in Melbourne, says she witnessed a surge of interest in her services after an episode of Insight on ADHD aired on SBS in 2021. She also saw an uptick in inquiries driven by pandemic lockdowns, as people with ADHD struggled to cope with the loss of routines in their everyday lives.

Working from home, many people couldn’t rely on colleagues and meetings and workplace dynamics to “keep them on track,” says Green. “We work with people to put structures in place to support them to get the things done that they need to get done.” 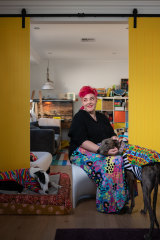 Though she hasn’t had coaching herself, Panzarino says she can see how it might improve the quality of life of someone with ADHD. “For a lot of people, having someone sit with them and show them some of those little workarounds and those little ADHD hacks for day-to-day life can be a really useful experience.”

Kate (who did not want her surname published) sought the support of an ADHD coach when she was diagnosed in her fifties. She says sessions with her coach have helped her find practical solutions for the “roadblocks” in her life, such as time blindness and punctuality.

While she waited to see a psychiatrist, a speciality which frequently has long waiting lists, Kate says an ADHD coach provided the practical help she needed.

An ADHD coach isn’t focused on how you feel, says Mark Brandtman, a Sydney-based ADHD coach. “I teach [clients] skills or what I would call tricks to manage their life better, to improve their self-esteem, to look into what’s actually tripping them up.”

That could be forgetfulness, emotional regulation or problems with time awareness. “People with ADHD, both children and adults, are time blind. What’s five minutes to us could be five days,” says Brandtman, who adds that coaches generally charge between $100 and $200 per session.

A common strategy for people with ADHD is to externalise time management using reminders, alarms and calendar notifications: “simple tricks like, for an adult in an office, having their computer announce the time every half an hour,” he says.

The incidence of ADHD

ADHD affects about 5 per cent of the population, although some experts believe the condition is underdiagnosed. Services such as Monash Health have reported an increase in ADHD referrals recently.

ADHD has historically been considered more common among boys and men; however, there is growing evidence of equal prevalence across the sexes.

Research shows that girls with ADHD tend to display inattentiveness rather than hyperactivity. “Whereas hyperactive ADHD is usually recognised through an inability to sit still or fidgeting, inattentive ADHD can appear as daydreaming or losing focus,” says Green.

Tamara Cavenett, president of the Australian Psychological Society (APS), says that it’s important to note that ADHD diagnosis relies on functional impairment. “It’s not just about whether or not people have an attentional issue, but whether or not it’s causing significant difficulties in their lives. That’s a really important criteria,” she says.

“I would definitely encourage anyone who has a concern around this to seek out a diagnosis and treatment that’s evidence-based.