He can barely see or hear, but 95-year-old Frank Bruno lives on his own terms: alone, unafraid and now — thanks to the coronavirus vaccine — “ironclad,” as he describes it.

Mr. Bruno, an artist and World War II veteran, volunteered for the Moderna clinical trial only because his nephew was doing so. He thought he may have received the vaccine and not a placebo because he had some mild side effects; he became certain after he tested positive for antibodies.

He was delighted with the freedom the shot afforded him. He needed to have his shower fixed and wanted to see his nephew; he felt able to do both without fear of the virus.

As for side effects? “I’ve had mosquito bites bothered me worse than that,” he said. “I just can’t understand why people are afraid.”

Mr. Bruno and older Americans like him are pivotal to the success of the vaccination campaign now rolling out across the United States. Members of his age group are the most likely to be hospitalized and to die from Covid-19, and the least likely to muster a strong immune response to the coronavirus.

In some states, nearly 40 percent of deaths from Covid-19 have occurred among residents of nursing homes. That’s why an advisory committee of the Centers for Disease Control and Prevention recommended that the Pfizer-BioNTech vaccine be given first to the nearly three million residents of long-term-care homes.

But one member of the committee, Dr. Helen “Keipp” Talbot, voted against the recommendation, saying that the vaccines had not been tested enough in frail populations and that bad medical outcomes coinciding with the immunization — common in that age group — could undermine public confidence in the new vaccine. (Dr. Talbot declined to be interviewed for this article.)

But other experts on the committee said all available evidence indicated the vaccine is safe and effective for nursing home residents and older Americans generally.

“The vaccine seems to be performing as well as one would like, even in very old populations,” said Dr. Stanley Perlman, an immunologist at the University of Iowa and a member of vaccine advisory committees of both the C.D.C. and the Food and Drug Administration.

“There’s nothing to say it won’t be safe,” he added.

There was some reason for scientists to wonder whether a coronavirus vaccine might not work as well in the elderly. As people age, bodily defenses against pathogens weaken, and the response to vaccines also falters.

The drug makers Sanofi and GlaxoSmithKline said on Friday that their vaccine seemed not to work well in older people, because the dosage was too low to generate a sufficient immune response in that population. 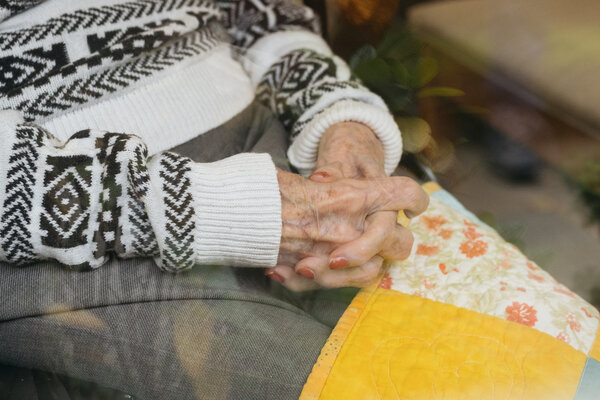 “For many, the immune response can sometimes be diminished or dampened or delayed,” said Dr. Sharon Inouye, a geriatrician at Harvard Medical School.

Scientists have devised workarounds by overloading vaccines with the viral proteins that provoke an immune response, or turbocharging them with adjuvants — chemicals that strengthen the immune response.

“That’s why the shingles vaccine has twice as much antigen as the chickenpox vaccine,” Dr. Perlman said.

Pfizer and Moderna did not provide statistics regarding their vaccines’ effectiveness in people over age 80, but the data do show the vaccines have performed well in all volunteers over age 65.

Dr. Timothy Farrell, a geriatrician at the University of Utah, said he was surprised but thrilled by the vaccines’ effectiveness in this group. “It’s going to be very important to see the subgroup analysis,” he said — that is, to learn whether there are significant differences after age 85.

Even so, he has been recommending the vaccine to all of his patients, who range in age from 65 to 106 years old.

“We have a clear and present danger of Covid, and we have social isolation,” Dr. Farrell said. “We know that that’s an independent risk factor for mortality, even stronger than individual chronic diseases.”

Dr. Inouye also arrived at the same conclusion, both professionally and personally.

“We’re just desperately worried about her every single day,” she added. “When you balance that tremendous fear, I just think the risk for her of getting Covid is so much higher than the risk of a side effect, which we know is going to be very rare.”

The Road to a Coronavirus Vaccine ›