Studies of Deadly Flu Virus, Once Banned, Are Set to Resume

Research that could make flu viruses more dangerous, and that the government suspended in 2014 because of safety concerns, has been approved to begin again, federal officials have confirmed.

The government did not publicly announce its decisions in recent months to allow two labs to resume their projects. The new go-ahead was first reported in the journal Science.

The lack of information about the decision and how it was made have provoked outrage from some scientists, who oppose the research because they say it could create mutant viruses that might cause deadly pandemics if they were unleashed by lab accidents or terrorism. The research sparked worldwide fears when it was first revealed in 2011.

Two research teams, in Wisconsin and the Netherlands, have been told by the Department of Health and Human Services that their work is eligible for research funding from the United States government. The Wisconsin group was notified in October, and the Dutch group in January, a spokeswoman for H.H.S. said in an email.

Despite requests from The New York Times on Thursday and Friday, officials from H.H.S. did not explain why they had not announced their decisions on the two labs at the time they were made.

Spokeswomen for H.H.S. and the National Institutes of Health said the decision to lift the moratorium had already been announced in December 2017 when N.I.H. disclosed that the studies would be allowed, but only after newly created expert panels judged each proposal to be safe and scientifically sound.

At that time, the government had not yet approved any specific projects.

The N.I.H. said it does not generally issue news releases to announce new research grants, but does post them on its NIH Reporter website.

Dr. Anthony S. Fauci, director of the National Institute of Allergy and Infectious Diseases, said it was a sound decision to let the research resume. The money for some of the Wisconsin research — $605,206 — will come from his institute.

“Look, everyone said we needed a system for this kind of research to be vetted, vetted by outsiders who were experts,” he said. “So we got a system.”

Marc Lipsitch of Harvard and Tom Inglesby of Johns Hopkins University said the workings of that system should be made public.

“Making decisions to approve potentially dangerous research in secret betrays the government’s responsibility to inform and involve the public when approving endeavors, whether scientific or otherwise, that could put health and lives at risk,” the scientists wrote in the Washington Post on Wednesday.

In an interview, Dr. Lipsitch said lab accidents do occur, often involving human errors that biosafety and security measures cannot prevent. In several cases, he said, people mistakenly sent germ samples from a lab thinking they had been inactivated when the samples were actually live and dangerous.

“This is a global issue, and standards we set in the United States will be imitated, whether they are high or low,” Dr. Lipsitch said. “The people at risk are not only Americans. If there’s a big pandemic, it’s a big pandemic for everybody. This needs to be decided at the global level, between governments and the World Health Organization.” 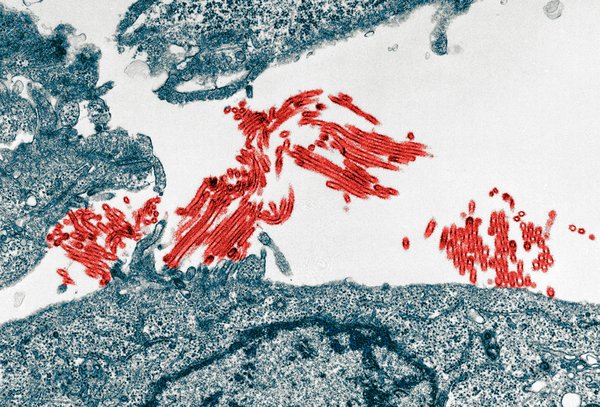 A global furor erupted in 2011 when two labs revealed that they had altered a deadly type of bird flu virus in a way that made it more contagious among ferrets, which catch the flu in much the same way people do and are used to study how it might spread among humans.

One lab was led by Yoshihiro Kawaoka, at the University of Wisconsin—Madison, and the other by Ron Fouchier, at the Erasmus Medical Center in Rotterdam.

That particular bird flu, a type called H5N1, rarely jumps from birds to humans, but is highly lethal when it does. Infected people do not seem to spread the disease to others, but if it did become transmissible between humans, it could cause a pandemic with an enormously high death rate.

Flu viruses in nature mutate a lot, sometimes changing how contagious and how deadly they are. Researchers say that manipulating those traits in the lab could identify specific genetic changes that make a virus more dangerous.

Some scientists strongly defended the importance of the research cleared to proceed.

“Dr. Kawaoka’s goals for the project include understanding what molecular changes to the virus could render it capable of becoming pandemic in people so that public health officials can monitor for these changes in nature and begin to stockpile vaccines and antivirals to combat it,” Rebecca L. Moritz, a microbiologist specializing in biosafety and biosecurity who works with Dr. Kawaoka, said in an email.

“The project could also yield further insights into highly pathogenic influenza viruses and lead to the development of new vaccines or antiviral drugs.”

Ms. Moritz said there were many layers of security at the university lab in Madison to prevent release of the virus. She said the research was regulated by about a half dozen boards from the government and the university. Employees have to pass a background check by the Federal Bureau of Investigation and be approved by a federal agency that specializes in dangerous pathogens.

People experimenting with the viruses work in a closed lab, completely covered by spacesuit-like garments and hoods with their own purified air supply. They must take a decontaminating shower before leaving the lab.

Ms. Moritz said local fire departments were directed not to enter the virus lab for any reason and if there was a fire, to let it burn. If someone working in the virus lab has a medical crisis, “first-responders are not able to reach them until they have been decontaminated by qualified lab staff,” she said.

The bird flu studies have not yet resumed. Once H.H.S. approves such projects, the National Institutes of Health decides whether to pay for them. N.I.H. has agreed to support the Wisconsin work, but has not yet decided on the studies in the Netherlands.

Dr. Fouchier could not be reached for comment by The Times. He told Science that the N.I.H. decision was expected after an inspection of his lab, scheduled for March.

Dr. Fauci said of Dr. Kawaoka: “Yoshi went through the appropriate vetting exercise. It went through multiple layers of review and examination. It wasn’t as if we all changed our minds and said, ‘Oops, never mind, go ahead and do it.’ They got very appropriately vetted with all the appropriate caveats.”