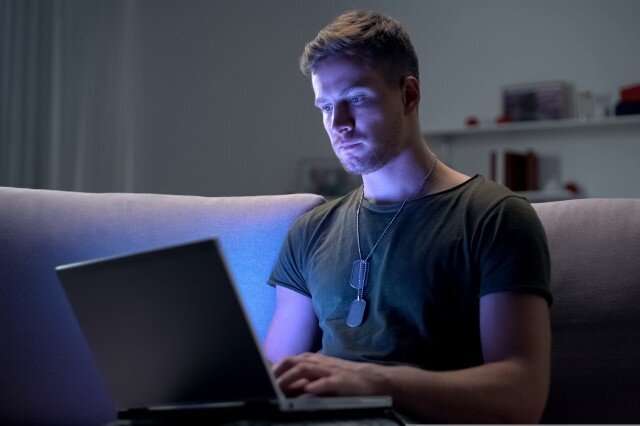 At the time, in 2018, the laboratory was very fortunate to have the effort and crowdsourcing platform resources available to respond immediately to Osgood’s request, Kase said.

This established a scientific alliance between the organizations by translating WRAIR’s research needs to fit one of the laboratory’s ongoing internal research methodologies—technological advances in large scale online data collection.

“Osgood’s team brought clinical psychology expertise to the table while we offered our expertise in large scale crowdsourcing experimentation in cognitive behavior,” Kase said. “When a partner agency requests our assistance, it is important to think outside the box because the potential impact could be significant and directly transition to the welfare of the Soldier. As in this case, the research will improve the psychological health of Soldiers both in the field and in post-service.”

Next, participants reacted to vignettes where in some cases the wrongdoer was clearly hostile while in others it was ambiguous.

Participants returned after several days to complete the second part of the study on real-world situations such as driving and social media behavior.

The results of the study, published in the journal Cognitive Therapy and Research, indicate that HBMT was effective in reducing hostile attribution bias, anger and reactive aggression in ambiguous situations.

“Most importantly, these effects appear to extend beyond the laboratory to real world aggression including aggressive driving and virtual aggression on social media,” Kase said. “The effects sustained for the entire duration of the study (up to 96 hours). HBMT appears to be an easily implemented intervention to mitigate anger-related outcomes and its online delivery would enable mobile use in the field.”

While the results of the study are very promising, the research team said there is more work to be done moving in to the future.

“Though more research is needed, we believe that HBMT could be effective as both a standalone tool for use at home, in field settings, or in concert with other therapeutic options to help mitigate unwarranted anger and aggression,” Osgood said. “We are excited about HBMT’s potential to both prevent and treat behavioral health concerns.”

Kase said that the research team believes this research will positively impact Soldiers operating in both non-hostile and hostile environments.