SKorea bans gatherings of 5 or more people amid virus surge 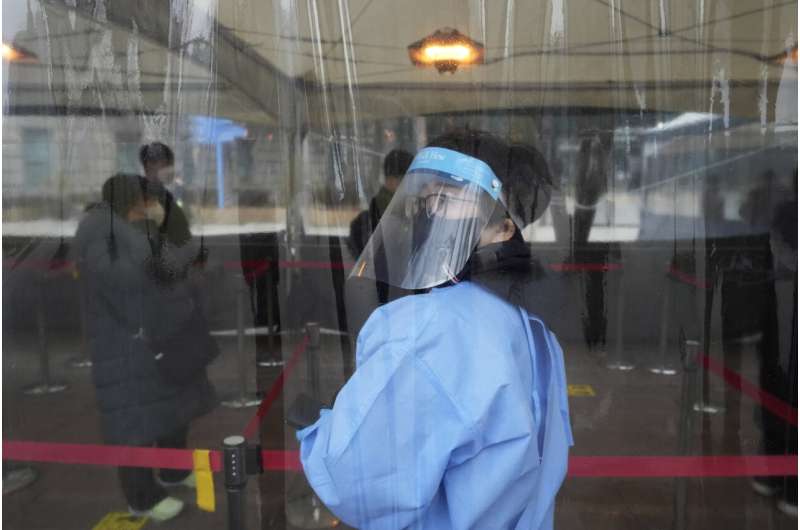 South Korea will prohibit private social gatherings of five or more people nationwide and force restaurants to close at 9 p.m., rolling out the country’s toughest coronavirus restrictions yet as hospitals grapple with the deadliest month of the pandemic.

Prime Minister Kim Boo-kyum said Thursday that the new measures will be enforced for at least 16 days after taking effect on Saturday, saying there’s an urgent need to bring the country to a “standstill” with the delta-driven surge overwhelming stretched hospitals and exhausted medical workers.

Schools in the densely populated capital Seoul and nearby metropolitan areas, where the virus has hit hardest, will also go back to remote learning after fully reopening in November.

The Korea Disease Control and Prevention Agency reported 7,622 new cases on Thursday, close to the daily record of 7,850 set a day earlier. That brought the national caseload to 544,117, with nearly 97,000 added in December alone.

Most of the transmissions were in the capital region, where officials say more than 86% of intensive care units designated for COVID-19 treatment are already occupied amid a spike in hospitalizations and deaths.

More than 890 virus patients died this month, bringing the country’s death toll to 4,518. As of Thursday morning, a record 989 patients were in serious or critical condition. 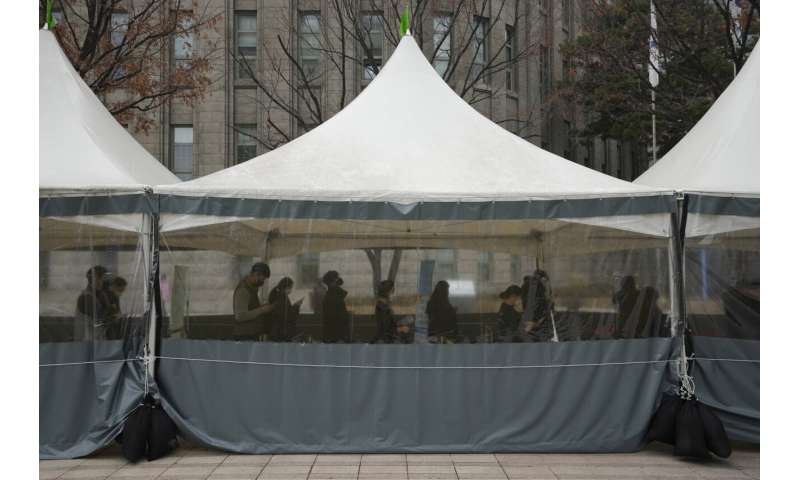 “During this period of standstill, the government will reinforce the stability of our medical response capabilities,” said Kim, Seoul’s No. 2 behind President Moon Jae-in, during a virus meeting. “We ask our people to respond to these efforts by actively getting vaccinated.”

The viral surge has been a huge setback for President Moon Jae-in’s government, which had significantly eased social distancing rules in November while declaring a phased return to pre-pandemic normalcy.

While focusing on improving the economy, officials had predicted that the country’s rising vaccination rates would keep hospitalizations and fatalities down. But there has been a surge in serious cases among people in their 60s or older, including those whose immunities have waned after getting inoculated early in the vaccine rollout that began in February.

More than 81% of the population of over 51 million has been fully vaccinated, but only 17% of people have received booster shots. 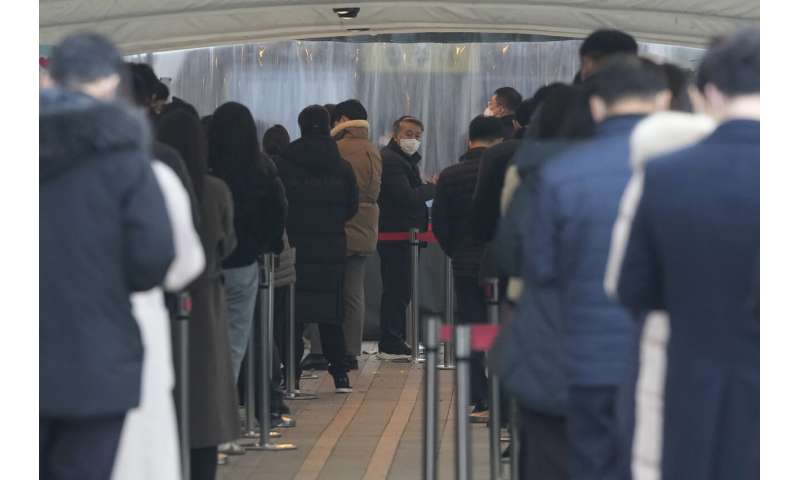 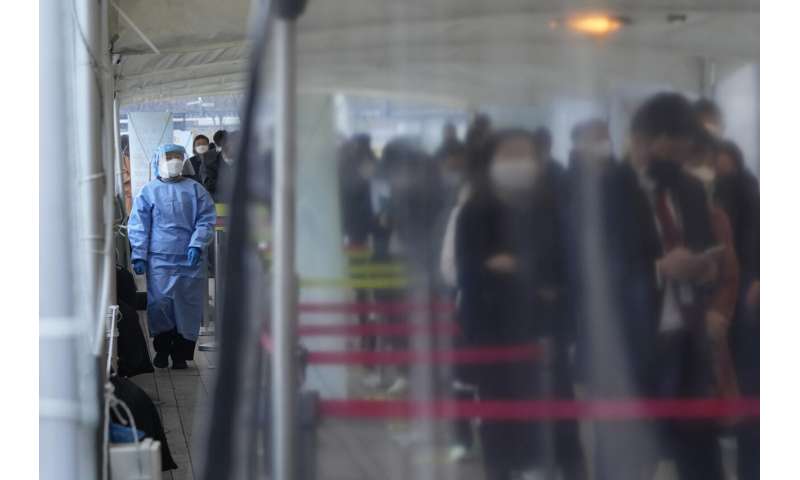 After hesitating for weeks, officials moderately tightened social distancing rules last week, banning gatherings of seven or more people in the Seoul metropolitan area and requiring adults to verify their vaccination status to use restaurants and other businesses, but such measures didn’t meaningfully slow the virus’ spread.

Jung Eun-kyeong, KDCA’s commissioner, said the country could see daily infections exceed 10,000 or 20,000 in the coming weeks if it fails to meaningfully slow transmissions now. She said that would push the number of serious cases to between 1,600 and 1,900, possibly beyond what hospitals could handle without sacrificing their non-COVID-19 care.

“We are seeing an average of 4,700 new cases in the Seoul metropolitan area, which is significantly higher than the maximum 3,600 level the hospital system could manage,” Jung said during a briefing.