Interferon-inducible transmembrane proteins (IFITMs), including IFITMs 1, 2, and 3, are well-known for their inhibitory effects against numerous viral pathogens including the highly pathogenic severe acute respiratory syndrome coronavirus 2 (SARS-CoV-2). As several SARS-CoV-2 variants of concern (VOCs) are emerging globally and replacing previous strains, it is crucial to investigate the role of IFITMs in VOC replication. To this end, previous studies have shown that an early SARS-CoV-2 isolate NL-02-2020 hijacks IFITMs for efficient replication in human cells. 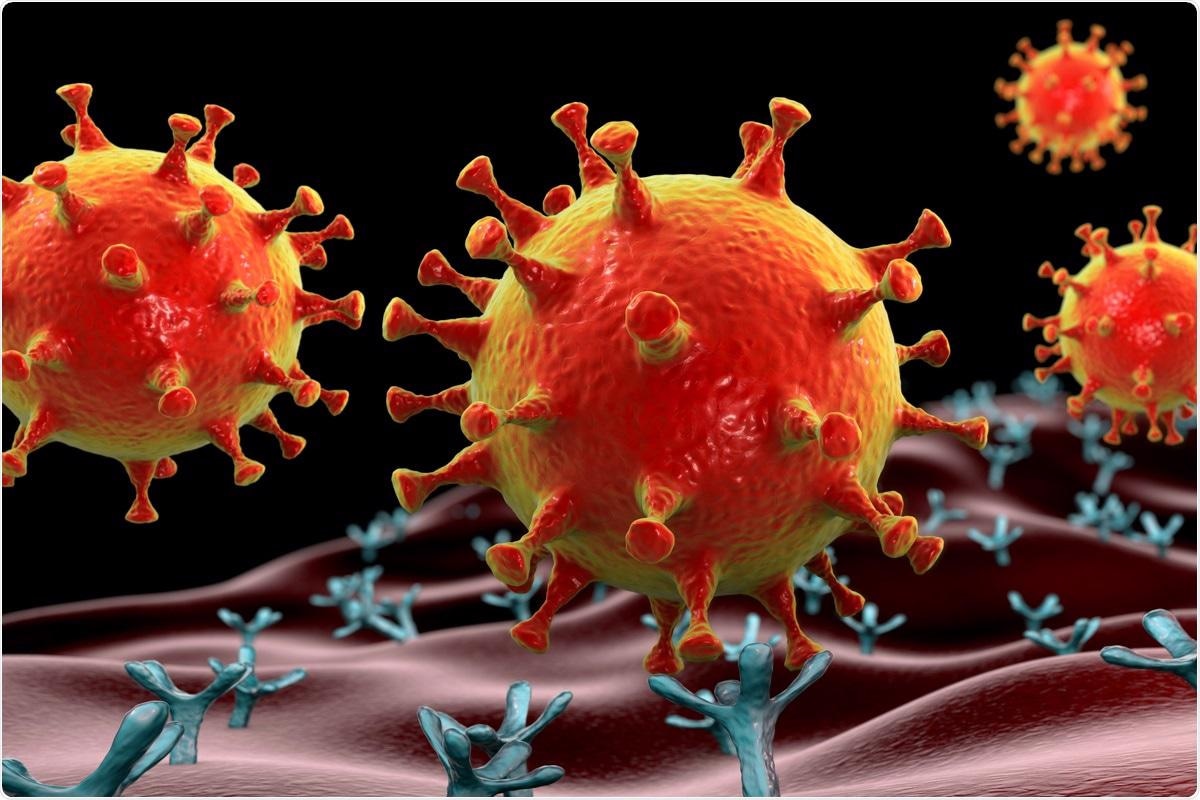 In a recent study published on the bioRxiv* preprint server, researchers demonstrate that the Alpha, Beta, Gamma, and Delta variants of SARS-CoV-2 require endogenous IFITM2 expression for efficient replication inside iPSC-derived alveolar epithelial type II (iATII) cells, the target cells of SARS-CoV-2 in human lungs. In addition, the researchers found that an anti-IFITM2 antibody inhibits the replication of the Delta variant in iATII cells by more than 90%.

The researchers performed full-genome sequence analyses of all the SARS-CoV-2 Alpha, Beta, Gamma, and Delta VOCs to determine whether they require IFITM proteins for efficient replication. The researchers also verified that these variants show expected mutations in spike (S) protein and compared all results to the NL-02-2020 isolate.

The researchers made some interesting observations about the role of IFITMs in the replication of all four SARS-CoV-2 VOCs. While depletion of IFITM2 reduced infectious virus production by more than four orders of magnitude by all four VOCs in the Calu-3 cell line, silencing of IFITM1 expression had little or no effect.

In comparison to NL-02-2020, most VOCs produced 2- to 4-fold higher levels of viral RNA in Calu-3 cells, with the Beta variant exhibiting moderately lower levels of viral RNA. When IFITM2 was silenced, the Alpha, Beta, and Gamma variants showed a 32-fold, 112-fold, and 754-fold decrease in viral RNA yields, respectively.

Notably, IFITM2 silencing reduced viral RNA yields by the Delta variant by more than 100-fold, whereas IFITM3 silencing was associated with a 20-fold reduction. Taken together, these observations demonstrate that the Delta variant requires IFITM proteins for efficient entry.

The Alpha and Delta variants contain a mutation that affects interferon sensitivity, proteolytic activation, and fusogenicity of the S protein. Consequently, the Alpha variant yielded about 100-fold higher levels of viral RNA upon silencing IFITM2 expression as compared to the Beta variant.

On average, the Delta variant replicated to about 30-fold higher levels than the early NL-02-2020 isolate in iATII cells. This indicates that the Alpha variant shows reduced susceptibility to IFN inhibition and is less dependent on IFITM2 for efficient infection as compared to other SARS-CoV-2 variants.

Effect of an α-IFITM2 antibody on replication of SARS-CoV-2 variants in iATII cells. (A) Quantification of viral N RNA levels in the supernatant of iATII cells treated with α-IFITM2 antibody (20, 40, or 80 µg/ml) or Remdesivir (10 µM) 1 h before infection (SARS-CoV-2, MOI 0.5), collected 48 h post-infection. Bars represent the mean of three independent experiments. (B) Average percentage of reduction of vRNA levels in the supernatants of (E) compared to the untreated control.

Taken together, the study results show that IFITMs, especially IFITM2, are critical cofactors for the efficient replication of the tested SARS-CoV-2 VOCs, including the currently dominant Delta variant.

Another evidence to support this finding is that an a-IFITM2 antibody inhibits the replication of the Delta variant in iATII cells by more than 90%.

Overall, these findings suggest that IFITM2 plays a key role in SARS-CoV-2 transmission which, in turn, shows that IFITM2 may be a target for preventive or therapeutic interventions against SARS-CoV-2 since all VOCs, including the currently dominant Delta variant, are dependent on it for dissemination and pathogenesis.

It will be interesting to determine whether the emerging Omicron variant is also dependent on IFITM2 for efficient infection and susceptible to inhibition by a-ITITM2 antibodies. Furthermore, the results of the current study provide evidence for higher efficiency of the Delta variant to replicate in human lung cells as compared to the early SARS-CoV-2 isolate, thereby explaining why the Delta variant infects and transmits with higher efficiency as compared to the other VOCs.

The study results showed that the silencing of IFITM2 expression had a higher effect on infectious titers than on viral RNA yields. Research studies in the future should focus on determining whether the presence of IFITM2 has an enhancing effect on the infectiousness of SARS-CoV-2 particles. These studies may also help to determine the exact mechanism of IFITM2-dependent enhancement or whether background levels are higher for viral RNA due to release from or lysis of infected cells.

In other words, future studies should focus on revealing the broad antiviral activity of IFITMs involving alterations in cellular membrane rigidity and curvature instead of specific interactions with viral glycoproteins.

Neha Mathur has a Master’s degree in Biotechnology and extensive experience in digital marketing. She is passionate about reading and music. When she is not working, Neha likes to cook and travel.