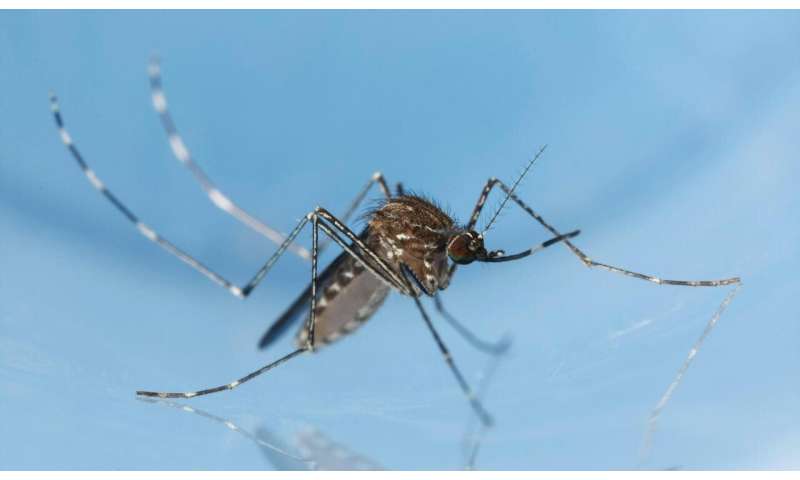 A new study by a bevy of expert mosquito researchers offers an important warning to consumers: Products claiming to reduce mosquito populations with salt-water solutions are simply ineffective.

In a series of lab tests conducted in five locations using nine species of mosquito, researchers found no evidence that adult mosquitoes are killed by salt ingested at concentrations used in several popular mosquito-control products. The findings are presented in a new publication released today in the Journal of Medical Entomology.

Salt-based mosquito-control products have caught researchers’ attention in recent years for their bold claims of killing mosquitoes via salt ingestion. The products often contain some combination of dried salt, sugar, and yeast, which is mixed with warm water by the purchaser and then placed outdoors to attract mosquitoes that then drink the fluid.

Donald Yee, Ph.D., BCE, professor at the University of Southern Mississippi’s School of Biological, Environmental, and Earth Sciences, coordinated the study among nine researchers at several universities and public mosquito-control agencies both in the United States and Australia. They used nine mosquito species in their experiment, all from the genera Aedes, Anopheles, and Culex, which collectively are responsible for the vast majority of mosquito-borne disease (such as malaria, dengue, yellow fever, and West Nile virus).

“There is a real public-health threat from mosquito-borne disease, and having unsubstantiated claims out there may have real consequences for the health of people in areas plagued by mosquitoes,” Yee says.

Yee and colleagues conducted feeding trials in which caged mosquitoes were offered one of four diets: water only, salt water only, sugar water only, or a sugar-and-salt water mixture. The concentrations in the diets—1.03 percent salt and 8 percent sugar—were based on the product description of the most widely available salt-based mosquito-control device on the market. The trials ran for seven days, and the researchers recorded the number of dead mosquitoes each day.

Across the trials, virtually no negative effects of salt ingestion on mosquitoes were observed. Mosquitoes fed sugar water with or without salt survived at high rates throughout the experiment, with few exceptions. Mosquitoes fed water only or salt water only, meanwhile, fared worse, but also at similar rates. Yee says the results were clear and compelling.

“The consistency in the findings was a bit of a surprise given that nature is messy,” he says. “We’d expect there to be a lot of variation in responses to the diets we offered, but, broadly speaking, adding salt to plain water or sugar water didn’t lead to increased mosquito death. Adults mosquitoes just don’t die faster because they drink salt water.”

The findings align with broad scientific understanding of mosquito biology. “It makes a lot of sense scientifically that mosquitoes can deal with low concentrations of salt, given that all vertebrate blood has a similar amount of salt in it,” Yee says. “If mosquitoes could not deal with salt, then they likely would have evolved away from blood feeding millions of years ago.”

In fact, the leading salt-based mosquito-control product uses a salt concentration (1.03 percent) that is only slightly higher than that found in human blood (0.9 percent).

The researchers say they want to provide consumers with the knowledge they need to spend their money wisely and protect their health. Using mosquito-control products with unsubstantiated claims could lead to a false sense of security. Instead, they recommend practices and products that have been repeatedly proven to reduce risk of exposure to mosquito-borne disease: dumping standing water in yards (e.g., in bird baths, flower pots, tires, toys) to eliminate locations for mosquitoes to lay their eggs, treating standing water with insecticides that kill mosquito larvae, wearing long sleeves and pants when outdoors, avoiding going outside when mosquitoes are most active (dusk and dawn), and using repellent sprays with DEET or other EPA-approved chemicals.