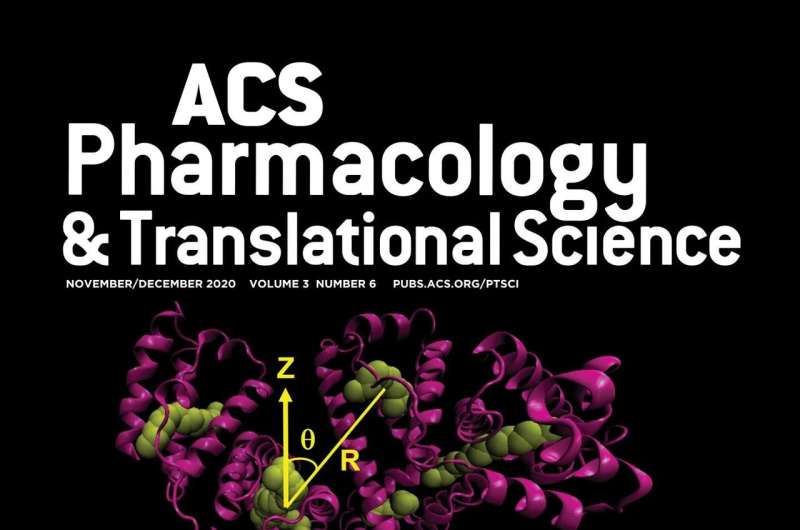 A protein found commonly in human blood might help with the detection of hard-to-diagnose pancreatic tumors. Researchers at Martin Luther University Halle-Wittenberg (MLU), the Alfried Krupp Hospital in Essen and the University of Witten/Herdecke have developed approach using the protein’s structure and its function as a proxy for this. In a first study in ACS Pharmacology & Translational Science, the team shows how its method can also be used to differentiate between benign and malignant tumors.

Pancreatic cancer is particularly insidious: “It remains asymptomatic for a long time, which leads to very late diagnoses and therefore a low chance of treating it successfully,” says Dr. Marcos Gelos from the Alfried Krupp Hospital and Witten/Herdecke University who headed up the new study together with Professor Dariush Hinderberger, a chemist at MLU. Nine out of ten patients succumb to the disease within five years after being initially diagnosed. At the same time, it is very difficult to distinguish between benign and malignant pancreatic tumors. The only utilizable lab test is inconclusive as it can also be an indication, for example, of a chronically inflamed pancreas, says Gelos. Even imaging techniques and tissue analyses often do not provide a clear differentiation between benign and malignant tumors to be made.

Because of that, Gelos and Hinderberger looked for a biomarker in human blood that could act as a kind of early warning system. “The molecule would need to be very prevalent in the body and should not originate directly from the tumor, because otherwise it would be spotted too late,” says Hinderberger. They chose the protein albumin, which occurs in large quantities in the blood. Different tumors are known to alter the way it functions in the body in different ways. One of albumin’s jobs is to transport fatty acids into the cells. Since a protein’s spatial structure determines the way it works, the researchers hypothesized that it should be possible to detect small structural changes in the protein in ill patients.

Using electron spin resonance spectroscopy (EPR), the chemists at MLU examined the blood serum of people with a benign or malignant pancreatic tumor and, for comparison, also samples from healthy people. Nearly 80 samples were analyzed. Instead of conducting a complete structural analysis of the protein, the team at MLU examined the protein’s ability to bind said fatty acids. Regular albumin is known to be able to bind seven fatty acids at precisely defined points. “In the lab we use special fatty acids modified with probes whose movement could be traced using EPR. We then added these fatty acids in different concentrations to the patient serum including the albumin,” explains Hinderberger. This enabled the researchers to reconstruct how many fatty acids bound to the albumin at which specific sites, identify what the environment directly around the binding sites was like, and determine the distances between the fatty acids. “With this approach we were able to generate a very precise picture of the spatial structure and dynamics of the protein at work,” says Hinderberger.

In fact, the scientists were able to identify specific differences between the individual patient groups starting at a certain proportion of fatty acids: The spacing patterns and the local environment of the fatty acids were somewhat different in the patients with cancer than in those with a benign tumor as well as in the healthy patients. “The structural changes were minute. However, the differences are large enough to distinguish between the different samples, in other words, to establish whether it is a benign or a malignant tumor,” Hinderberger concludes. The underlying mechanism how the tumor changes the structure of albumin remains elusive.