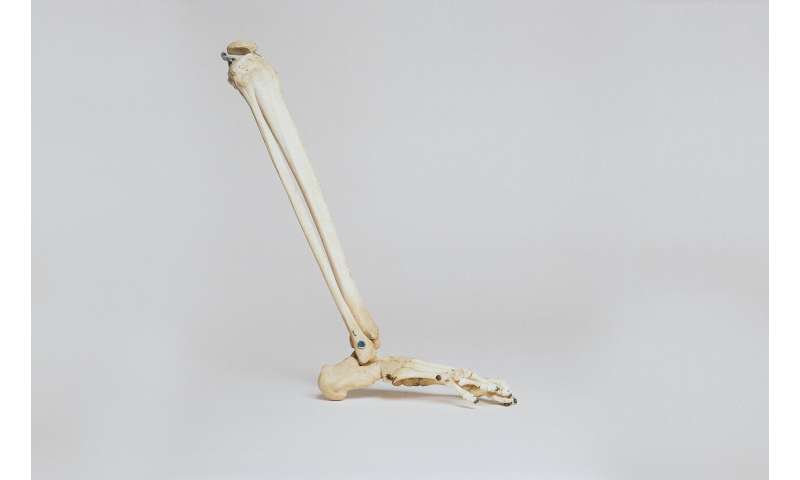 The study, led by researchers from RCSI University of Medicine and Health Sciences and CHI at Temple Street, is published in the current edition of Biomaterials, the highest ranked journal in the field of biomaterials science.

The researchers had previously discovered a molecule called JNK3, which is a key driver of children’s stem cells being more sensitive to their environment and regenerating better than adults’. This explains, at least partially, why children’s bones are able to heal more quickly. Building on this knowledge, they created a biomaterial that mimics the structure of bone tissue and incorporates nanoparticles that activate JNK3.

When tested in a pre-clinical model, the biomaterial quickly repaired large bone defects and reduced inflammation after a month of use. The biomaterial also proved to be safer and as effective as other drug-loaded biomaterials for bone repair whose use has been controversially associated with dangerous side-effects, including cancer, infection or off-site bone formation.

“While more testing is needed before we can begin clinical trials, these results are very promising,” said Professor Fergal O’Brien, the study’s principal investigator and RCSI’s Director of Research and Innovation.

“This study has shown that understanding stem cell mechanobiology can help identify alternative therapeutic molecules for repairing large defects in bone, and potentially other body tissues. In a broader sense, this project is a great example of how growing our understanding of mechanobiology can identify new treatments that directly benefit patients—a key goal of what we do here at RCSI.”

The work was carried out by researchers from the Tissue Engineering Research Group (TERG) and SFI AMBER Centre based at RCSI in collaboration with a team from Children’s Health Ireland (CHI) at Temple Street Hospital. The CHI at Temple Street team was led by Mr Dylan Murray, a lead consultant craniofacial, plastic and reconstructive surgeon at the National Paediatric Craniofacial Centre (NPCC), who has collaborated with the RCSI team for a number of years.

“It is very exciting to be part of this translational project in which the participation and consent of the patients of the NPCC at Temple Street -whom donated harvested bone cells- have contributed immensely to this success,” said Mr Murray.