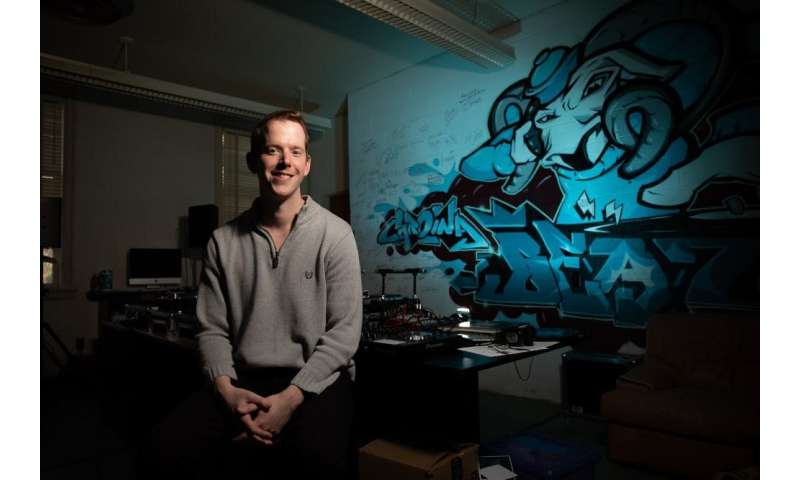 The most popular rap songs in the United States are increasingly referencing depression and suicide and mixing in metaphors about mental health struggles, according to a study from the University of North Carolina at Chapel Hill published in JAMA Pediatrics.

“These artists are considered the ‘coolest’ people on earth right now,” said lead study author Alex Kresovich, a doctoral student studying health communication at UNC Hussman School of Journalism and Media. “The fact that they are talking about mental health could have huge implications for how young people perceive mental health or how they look at themselves if they struggle with mental health, which we know millions and millions of young people do.”

The proportion of rap songs that referenced mental health more than doubled in the two decades from 1998 to 2018—the year rap outsold country to become the best-selling genre of music.

Researchers at Carolina say the increase in mental health messages from rap artists could shape the conversation around mental health for their young listeners who are at an increased risk of experiencing mental health issues.

Psychological stress among those from 18 to 25 years old has reached new highs and suicide rates have climbed among black teenagers who are a significant portion of rap music’s large and growing audience.

But the rap audience is a mix of listeners from all genders, races and varying socioeconomic groups which adds to artists’ power to influence, Kresovich said. The artists are also largely their peers, he said. The average age of the artists behind the 125 rap songs analyzed for the study was 28 years old.

Researchers analyzed lyric sheets from the 25 most popular rap songs in the U.S. in 1998, 2003, 2008, 2013 and 2018 for the study. Most lead artists were black men and nearly one-third of their songs referenced anxiety, 22% referenced depression and 6% referenced suicide.

True to its autobiographical style, rap music artists may be reflecting the distress felt by themselves and the people around them, authors say.

Francesca R. Dillman Carpentier, a professor at Hussman School of Journalism and Media, and Krescovich developed the study, along with UNC-Chapel Hill co-authors Daniel Riffe and Meredith K. Reffner Collins.

Krescovich, a former music producer, says that although rap has always been a personal and narrative music form, he could hear things changing.

The stressed-out and vulnerable Geto Boys rapping, “Mind Playing Tricks on Me,” in 1991, was no longer a one-off as emotions were increasingly laid bare between the beats of so many chart-topping rap songs by artists such as Drake, Post Malone, Juice Wrld, Eminem, Lil’ Wayne, Jay-Z and Kanye West.

In the songs Krescovich and Collins analyzed and coded for the study, the most common mental health stressors were love and environmental issues.

But the study authors faced the challenge of interpreting artists’ intended meaning behind their lyrics and the analysis could not determine if listeners consider the messages as positive or negative.

Most surprising in the analysis was the rise of mental health metaphors in rap songs. Those metaphors could help to understand the language used to describe mental health.

Phrases like “pushed to the edge,” or “fighting my demons,” may suggest anxiety without explicitly noting anxiety.

“Using metaphors may be a safe way to avoid being judged,” Kresovich says. “For men, especially men of color, mental health is still stigmatized.