Q&A: The ABCs of E-Cigarettes

The term “electronic cigarette” refers to a battery-powered device that heats a tank or cartridge of liquid usually containing nicotine, flavorings and other chemicals, but not the cancer-causing tar found in tobacco cigarettes. Users inhale and exhale the vapor. The devices come in numerous shapes, including ones that look like pens, flash drives and hookahs. Many consumers are confused about the health implications of e-cigarettes. This is a primer about what research so far shows about these devices.

Are they safer than traditional cigarettes?

Yes. But that does not mean they are safe.

E-cigarettes contain far fewer dangerous chemicals than those released in burning tobacco. Tobacco cigarettes typically contain 7,000 chemicals, including nearly 70 known to be carcinogenic. E-cigarettes also don’t release tar, the tobacco residue that damages lungs but also contributes to the flavor of tobacco products. In the United States, cigarettes are associated with 480,000 deaths a year from coronary heart disease, stroke and numerous cancers, among other illnesses.

The research on e-cigarettes is young because the products have only been around for a little over a decade. Exacerbated by the voltage of a given device, certain e-cigarette flavors can irritate the airways, researchers say: benzaldehyde (added to cherry flavored liquids), cinnamaldehyde (gives cinnamon flavor), and diacetyl (a buttery flavor that can cause lung tissue damage called “popcorn lung.”) Some flavors become irritants when added to vaping liquids. The process of turning liquid chemicals into vapor releases harmful particulates deep into the lungs and atmosphere, including heavy metals.

Can they really help smokers quit?

It’s unclear. The Food and Drug Administration has not yet approved the marketing of e-cigarettes as smoking cessation aids. Observational studies of their effectiveness reveal mixed results. Some show that a majority of adult users are former smokers, suggesting the devices are useful in helping them quit. Others reveal that many e-cigarette users also smoke conventional cigarettes. Still others say that a large percentage of e-cigarette users, particularly teenagers, never smoked traditional cigarettes. A 2018 study concluded that e-cigarettes did not help smokers quit at rates faster than smokers who did not use them. But this summer, a British Parliament committee resoundingly endorsed them, even going so far as to suggest that e-cigarettes be made available by prescription through the National Health Service. 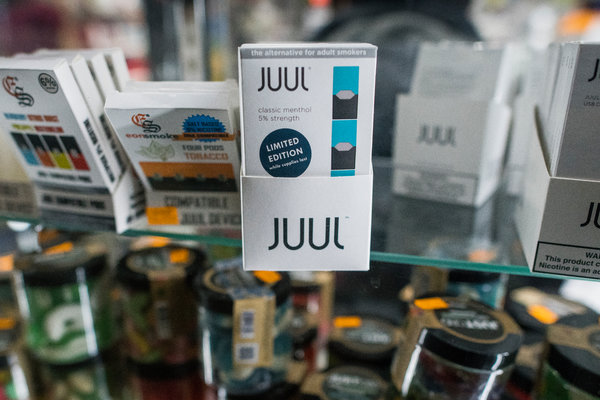 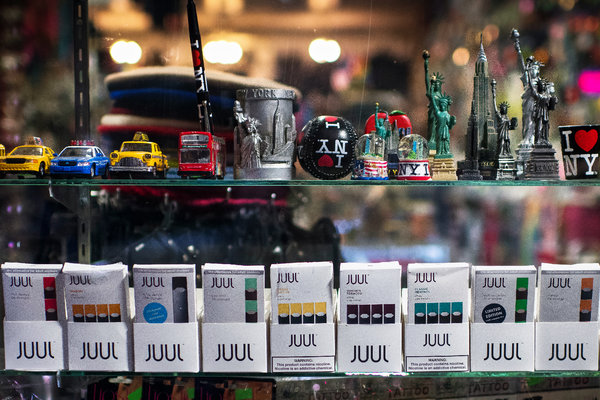 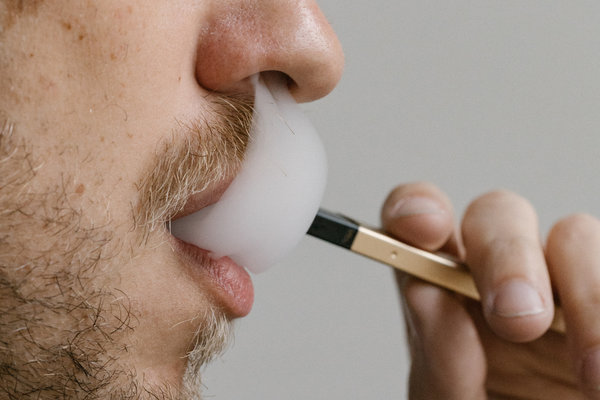 Does nicotine have risks?

Nicotine is not known to cause cancer. It is a stimulant and a sedative, helping to release dopamine in the brain’s pleasure centers. Some research suggests it can improve memory and concentration — although long-term smoking has been associated with cognitive decline. Inhaled nicotine can increase heart rate and blood pressure. The major cause for alarm is that nicotine is highly addictive. It is the chemical in tobacco and e-cigarettes that binds the user.

The nicotine in smoking cessation aids like gum, patches and lozenges is absorbed more slowly than in cigarettes.

“In tobacco smoke, the nicotine is delivered to the lungs, which have a large surface area,” said Maciej Goniewicz,a pharmacologist and toxicologist at the Roswell Park Cancer Center in Buffalo, NY. “In one or two puffs, the smoker feels the nicotine go right to brain.” The e-cigarette brand Juul in particular “seems to closely match tobacco cigarettes in terms of the speed and amount of nicotine delivery,” said Dr. Goniewicz, who studies the absorption of such chemicals.

What are the concerns about teenagers and e-cigarettes?

The human brain develops into the mid-20s. Researchers worry that adolescents who vape will be most affected by nicotine addiction, which they can develop with less exposure than adults require.

Though studies have not conclusively shown that e-cigarettes can be relied upon to help adult smokers quit, there is substantial evidence that teenagers who use them have a higher risk of smoking cigarettes.

Teens are also using vapes to inhale marijuana. “It seems that kids who use e-cigarettes are more likely to use marijuana in general — smoked or vaped. Is there a gateway effect? We’re just getting data now. But it’s concerning,” said Dr. Rachel Boykan, an associate professor at Stony Brook medical school who researches adolescence and tobacco control.

Can parents tell if their teenagers are vaping?

“E-cig use can be very challenging to detect because they are discreet devices that don’t emit much odor,” said Dr. Sharon Levy, director of the adolescent substance use and addiction program at Boston Children’s Hospital.

Parents can look online for photos of devices and pods. If you find those items in your child’s room, pockets or backpack, “you should assume that your child is using it,” Dr. Levy said, “not ‘just holding it for a friend.’ ”

If children say they have only tried e-cigarettes a few times, Dr. Levy said, ask them to stop. Then tell them you will check their room and backpack. “And then do it. Kids who have used only sporadically should be able to stop without much intervention.”

How can you treat teen nicotine dependence?

There aren’t widely accepted protocols for teenagers. Dr. Levy urges families to consult a medical professional. Limited interventions with nicotine replacement therapies like patches, gum or medications may be effective in older teens, she said. But “this should be done in conjunction with a good evaluation, since mental health disorders like depression and anxiety and use of other substances are common in kids with nicotine use disorder,” she cautioned.

On Dec. 5, the Food and Drug Administration is holding a public hearing to discuss possible nicotine withdrawal therapies specifically for teenagers which, if restrictions on flavored e-cigarette brands proceed, could be an imminent challenge.